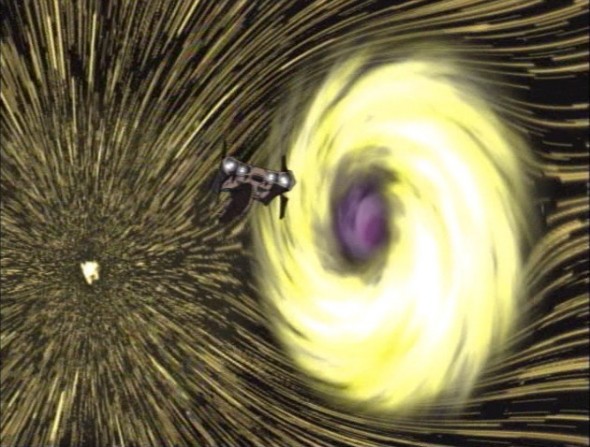 So it’s not a typical episode of Bebop, and it’s not a really a satisfying episode of the Mei Fa Mystical Adventure Happy Hour, or whatever that show would have been called.  This leads me to suspect that the real point of this episode is precisely the collision between these two aesthetics – not because the results are particularly interesting, but precisely because it is a collision.  A sense of things being out of place, out of order, topsy-turvy, is just all over this episode.  When Jet meets Mei Fa, she vaults over a tombstone and tackles him, sending him literally head over heels. 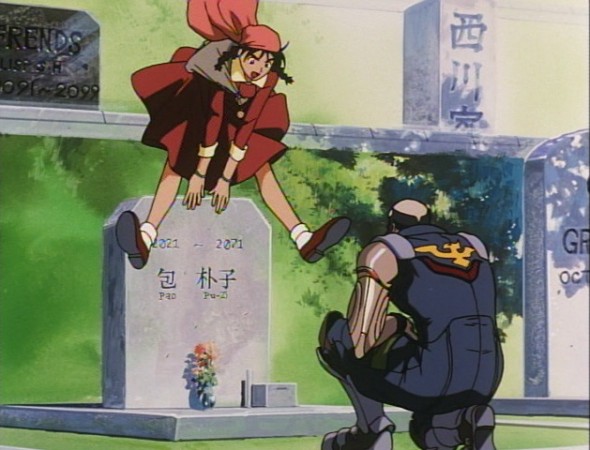 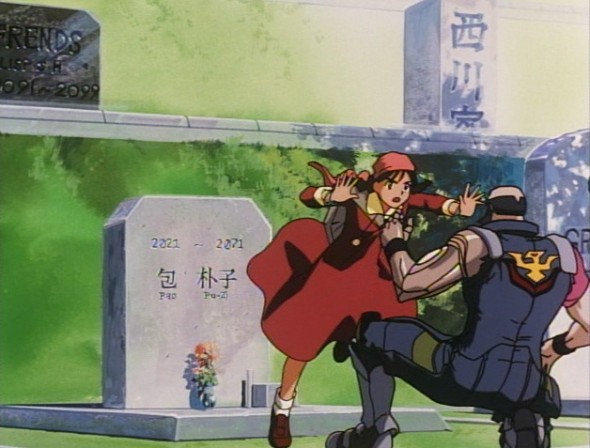 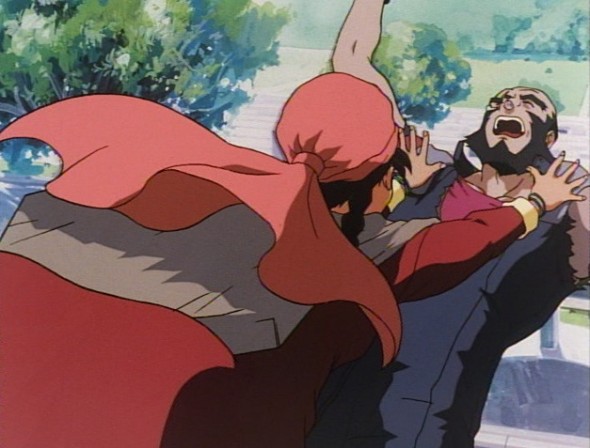 Notably, the way this is drawn disturbs our sense of the local “down”:  from the way this sequence is presented, it looks like Jet should be about to fall to his death. (Like so many of Cowboy Bebop’s odd little visual moments, the still image here doesn’t really do it justice.)  A few minutes later, and they’re sprinting through a hail of gunfire, the teenaged girl pulling the big burly ex-cop along by the standard female grab area. 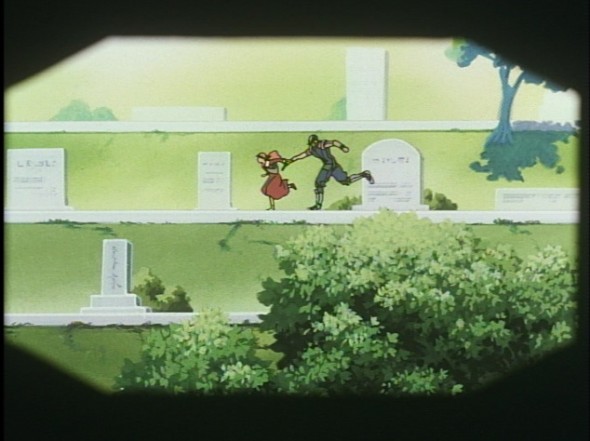 So… is it kind of sexist to even NOTICE the reversal here?

Later on, Jet tells Faye and Spike that the Bebop is now a no-smoking area!! (The time is out of joint!)  And then most noticeably, we have the breathtaking little special effects sequence pictured at the top of the page, where the hyperspace tunnel that the BeBop is flying through is joined orthogonally by the hyperspace tunnel of Pao’s doomed spaceship:  a symbolic representation of the collision of Jet and Mei Fa’s stories, and what’s more their distinct narrative universes. 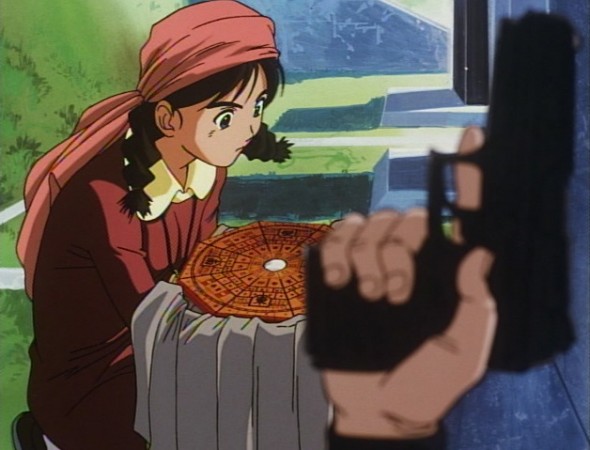 The contrast in a nutshell. And I like how his cold hard rational firearm is all out of focus, while her magic divination compass is perfectly clear. 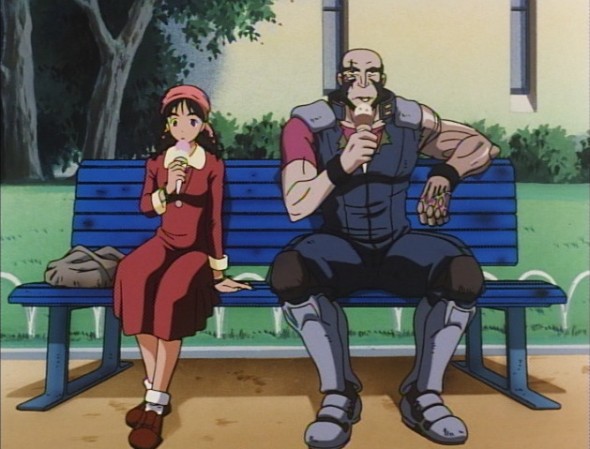