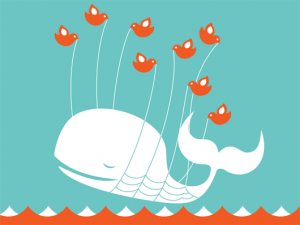 Last time around, I made a distinction between narrative exploration, moving through an unfamiliar space, and narrative discovery, finding something interesting. I claimed that, in plotty games, important moments of discovery are the ones that let us make progress in the game.  And I also claimed that players spend most of their time trying to make those discoveries.  The distinction between exploring and trying-to-discover is an interesting one.  In real life, and in most kinds of game, we do both at once. Nothing’s stopping gold prospectors from mapping a mountain range as they prospect.  Nothing’s preventing you from looking at the pretty scenery as you try to find your way to the end of the wizard’s mystical maze.  But in interactive fiction, where you’re literally forced to input one command at a time, you usually know whether you took each action because you thought it would help you solve a puzzle or because you simply wanted to see what would happen.  Lots of these games have a XYZZY command, as kind of an interactive fiction in-joke.  But very, very few games allow xyzzy to do anything useful or important.  Therefore, if you xyzzy, you are purely exploring.  If, on the other hand, you look under a bed, you are trying to discover.  Think about it — if it wasn’t likely that you’d find a key or something in there, is there a chance in hell that you would be looking under the bed?  Is there any sense in which that particular journey is its own reward, regardless of the destination?  And although it’s not as obvious in most other genres, the same division applies.  It pops up in the strangest places, actually.  Take fighting games:  do you not explore each character’s moveset, testing out low-jab, low-strong, low-fierce and so on, simply in order to see what they look like, before you try to discover how to effectively make use of the character?

When we start playing a game, or gain access to a new area within a game, we may spend a big chunk of time exploring for exploring’s sake.  (Great examples of this in gaming history include the first few minutes after you get the Airship in Final Fantasy, or the solid hour or so after you get the horse in Ocarina of Time.)  But this doesn’t last long.  Playing a full-length game takes dozens and dozens of hours, and most of these will be spent trying-to-discover.  When we fail — and if the game has an appropriate level of challenge, we will fail pretty often — we do some exploration instead.  If games were anything like regular fiction, it would work the other way.  Exploration would be the general condition of gameplay, and would inevitably (without special effort), lead to discovery.  And yeah, some adventure games at least aspire to this:  they try to make the game world so rich, so textured, that exploring it is most of the fun, and the solutions to the puzzles just fall into place organically as part of the exploration process.  But it’s an open question whether it’s ever been successfully achieved (maybe some of the Monkey Island games?), and it’s certainly not the general rule.  It might not even really be a good idea.  Part of the pleasure of playing a game is struggling against the game:  the exploration-first model I just described gives you nothing to struggle against.  This is one of the keys, I think, to understanding interactive narrative.  Exploration is only ever the consolation prize, and that’s a feature, not a bug.  (That said, games can sink or swim on the quality of their consolation prize… getting stuck in a game is a lot less annoying if your surroundings are rich and interesting.)

The other key is embracing the “But Thou Must” problem which has dogged interactive storytelling for  uh, just about exactly one generation.  Computers do not allow truly free input — not unless you’re programming them, and arguably not even then.  When a computer offers you a prompt, you can only respond in a way that the computer will understand.  You can’t use the universal language of dance; you can’t type in French if the parser speaks English; you can’t use the keyboard if it’s a game played with a mouse.  When a computer gives you a prompt, you are limited to a certain number — perhaps large — of distinct responses.  Of these, one or more are “right.”  The wrong ones are not the ones that lead to a more depressing cinematic at the end of the game, nor even the ones that lead to a speedy death.  All of those might be “right” in narrative terms.  (Remember, the protagonists’s goals aren’t the same as the goals of the narrative!)  Rather, the wrong answers are the ones for which no meaningful response is programmed:  the ones that lead you right back to where you started.  If you choose these, you have not discovered the right way to move on in the plot.  And while it might be nice for the error message to be something more detailed than “But thou must,” a truly free conversation in which every possible answer has a fully realized and separate response would destroy the pleasure we currently take from videogames.  Conversation trees are not like real conversations:  real conversations cannot be navigated, real conversations cannot be “won,” because when you talk to a real person (as opposed to a programmed NPC) there is no puzzle-designer pulling the strings from behind, whose intentions you can reverse-engineer.  Reverse engineering those intentions, not role-playing as a Red Mage or an evil Jedi or whatever, is the main pleasure we take in videogame conversation trees  —  or at least, it’s the pleasure which is specific to gaming, the pleasure that we don’t get if we just hack into the game file and read the text without navigating the tree.  This means that conversation trees need critical objects and non-critical objects, real responses and “But thou musts!”, just like IF needs to have both pipes and doorknobs.

This seems obvious enough when the dialogue tree is contained within a single conversation.  But what if it’s not a conversation?  What if it’s a city?  I submit to you that there’s no effective difference, in gameplay terms, between a conversation with one character in which you can say several things, and a conversation with a whole room full of characters to whom you can say one thing a piece.  Or — as is much more likely — a room full of characters who say one thing a piece to you, when prompted, without your character saying anything at all.  This kind of interaction with NPCs is often derided as non-interactive, but is there a sense in which moving a cursor up and down a list of responses in search of the right line of dialogue, involves more interactivity than moving a character up and down a street and into and out of houses in search of the right sprite to talk to?  Most RPG cities from Final Fantasy onward (or indeed earlier — think Ultima, etc.) work like this.  Some characters give you significant clues about plot or gameplay.  Others provide pointless flavor text.  The standard line on flavor text is that it’s extraneous to gameplay — but this isn’t really true.  When you talk to townspeople in an RPG, you are partially exploring the game world, partially playing a game of “find the person with something useful to say.”  If every character’s dialogue was equally useful, this aspect of the game would be ruined.  So flavor text needs to be pointless:  it’s the branch of the dialogue tree that doesn’t go anywhere, and it’s important for these dead ends to be marked.

Ironically, all of your conversations with this guy turn out to be strictly linear.

And the same is true of plot trees.  The very first Final Fantasy game understood this.  The princess that you save in the first quest gives you a lute.  This is a critical object which lets you open the gate to the final dungeon.  The princess is  the only character who gives you something you don’t use pretty much right away… and, if you talk to her father after you rescue her, you’re informed that “the princess always worries about you,” making her the only character in the whole game, as far as I recall, who gives a damn about you when you walk out of the room. In the inventory system and in the dialogue, we find clues that our business with the princess is not quite done yet.  She never becomes important again in gameplay terms (if she ever was), but in terms of plot and theme she stays important in a way that Bikke the Pirate, Bahamut, and Dr. Unne do not.

What if every character that you saved told you to come back and see them?  Then the princess wouldn’t be special anymore.  The level of interaction in the dialogue makes a distinction between important and unimportant characters, just in the way that our notional Hobbit Text Adventure distinguished between the necessary pipe and the meaningless doorknob by letting you carry one but not the other.  When video games started out, they were astonishingly crude.  Since then, technology has developed astonishingly fast.  And with this has come the sense that the lack of depth and realization in early plotted games — the lack of useful explorability, you might say — is something purely dependent on the technical limitations of the systems those games were running on.  That adding depth to every segment of the game is always going to make for a better game.  But this fundamentally misunderstands the way that exploration and discovery work in interactive plots.  The depth and realization of the various aspects of an interactive world should be used to highlight the important parts for the player — to guide their attention to them.  The obvious corollary is that only important aspects of the interactive world should be given large amounts of depth and realization.  Aspects of the game that are not important should be made shallow, the better to guide the player to the parts of the game that they’re supposed to be paying attention to.   Within reason, at least.  For a lot of games, you want even the unimportant sections to be deep enough to sustain mimesis — but this is actually a subset of a more important condition.  Some games, especially serious ones, need to sustain mimesis in order to sustain entertainment.  Exploration should always have enough depth to stay entertaining.  We could probably say that depth is almost synonymous with entertainment when it comes to exploration, even when mimesis has gone out the window…  which means you want the unimportant objects in a game world to be as deep and well-realized as they can possibly be without the player mistaking them for the actual solution, i.e. the way to move forward in the game.