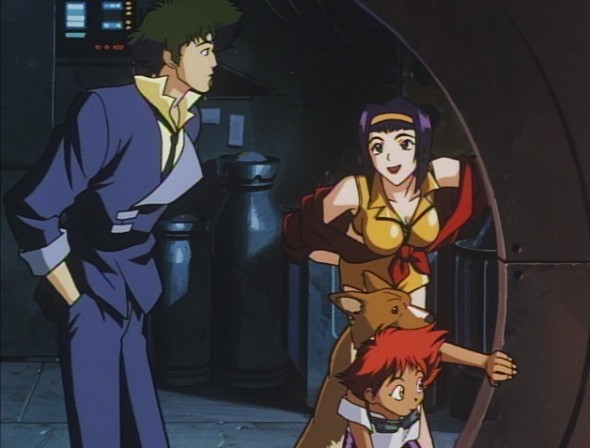 The animal-as-a-hat motif is back! Yaay!

21)  Boogie Woogie Feng Shui has a reputation as “the weird episode” of Cowboy Bebop, which considering that the show has already had episodes devoted to peyote freakouts and rampaging leftover seafood, is really saying something.  It might be more accurate to call it the show’s most atypical episode.  The plot revolves about a spirited teenager named Mei Fa, who’s on a quest for the Sunstone, a mystical object of power which may have the power to reunite her with her long lost (and presumed dead), father. This  is actually a pretty standard plot in the grand scheme of things, but in the context of this show it feels peculiar indeed. Anyway, Jet was vaguely friends with Mei Fa’s father Pao back in the day, so he gets dragged along for the ride, leading to a couple of nifty chase scenes, some poorly explicated supernatural business about feng shui, a crucial last-minute use of the BeBop’s septic system (it vents into space, if you were curious), and lots of awkward jokes about how weird it is for a crusty old bounty hunter to be hanging around with a teenaged girl.  (Pretty much all of Spike and Faye’s dialogue in the episode is devoted to mulling this over.  “Is she his secret girlfriend?”  “Mmm… too young.  Maybe an estranged lovechild?”  “Mmm… too old.”) 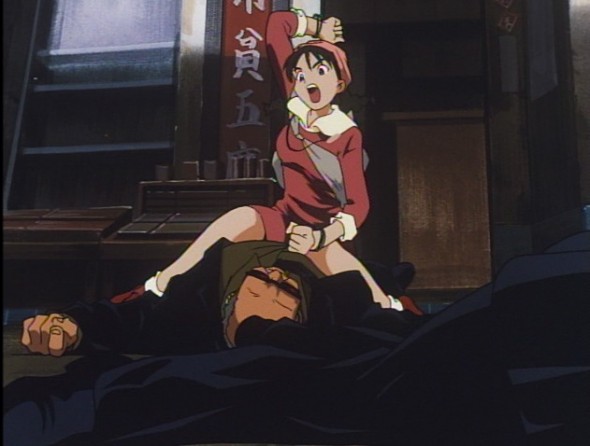 Cowboy Bebop is a show that tends to reward an intertextual approach on the part of the audience.  Trying to experience it as a self-contained system, New Criticism style, does not get you very far.  But there are drawbacks to reading for the allusions, too.  The first big drawback is that you’re not going to catch all of them.  Take Mei-Fa’s orrery-ey fortune telling device, the luopan.  I assumed that was just a traditional fortune telling device, and I’m guessing a lot of the American audience did too.  Someone who has some sense of how Feng Shui works, on the other hand, is going to understand that this is a crazy sci-fi fortune telling device, because traditional luopans (and even most untraditional ones) are flat. 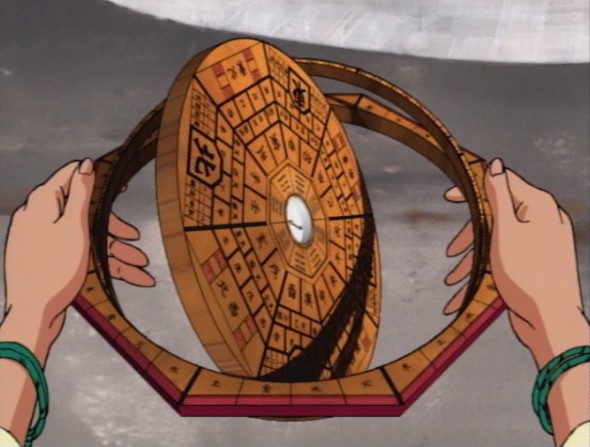 Someone who knows a little feng shui will react to this image more or less the way that I reacted to the 3D chess sets in Star Trek: by saying “man, stuff in the future is totally off the hook!”  Similarly, the scene where they find the sun stone “where the four gods meet” is completely surreal to your average White Anglo-Saxon Protestant, whereas I’m assuming that at least some of the Japanese audience understood what was going on.

Here, I’ll recap the scene for you:  they’re walking in a random public plaza, when Mei Fa suddenly stops and points off into the cardinal directions, shouting excitedly, 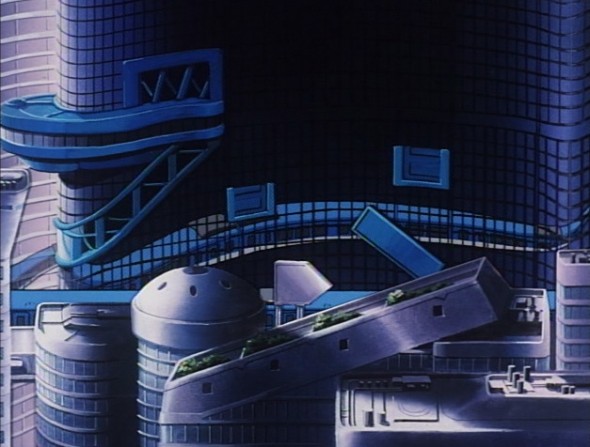 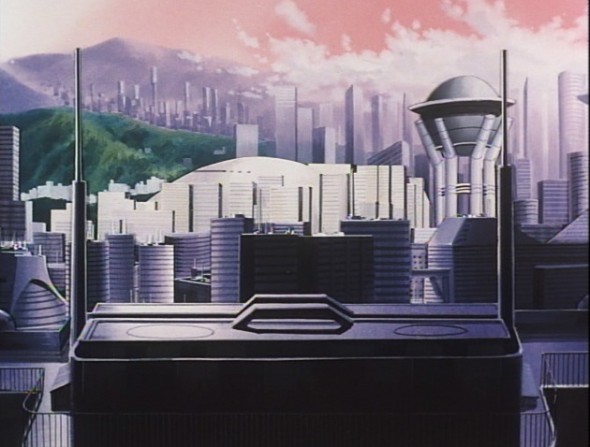 “White Tiger!” (It took me forever to see anything other than buildings on this one – it’s supposed to be in profile, with the head on the left. Squint. It helps.) 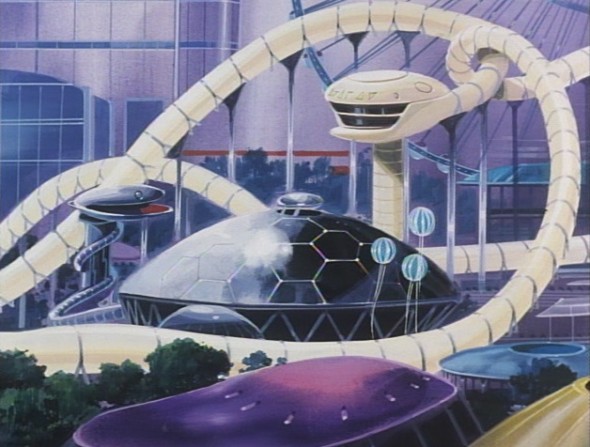 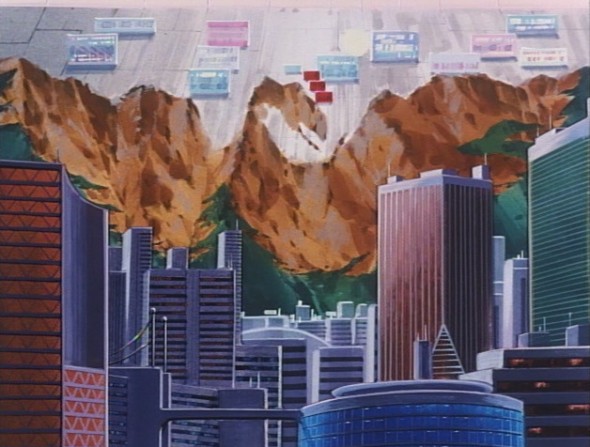 And from this, they deduce that the sunstone must be right where they’re standing, which it is.  If you were hoping for more of an explanation, that’s really too bad.  Because you aren’t getting one.  For instance, you never learn whether her father put the stone there for her to find, or if he just used his feng shui magic to deduce where it was, or… well, anything about it, really.  I’m sure if you do know a little of the lore behind it – or if you’re at least vaguely aware of the kind of thing that they’re referencing – this is still cool in a Dan Brownish way.  But it threw me for kind of a loop.  My fault, I know, not theirs – but still. 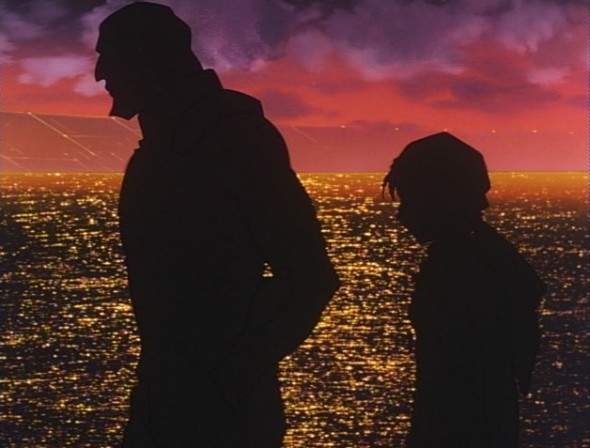