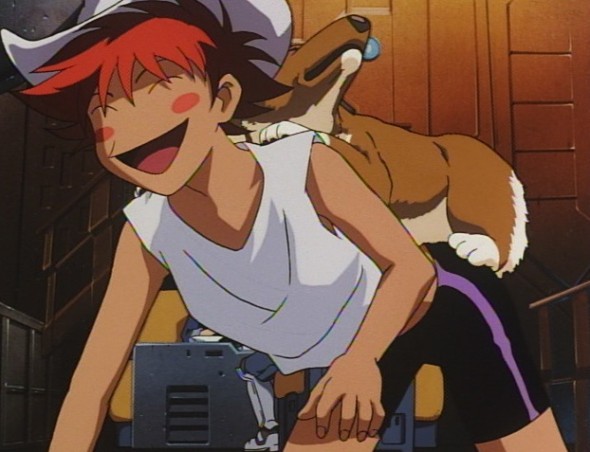 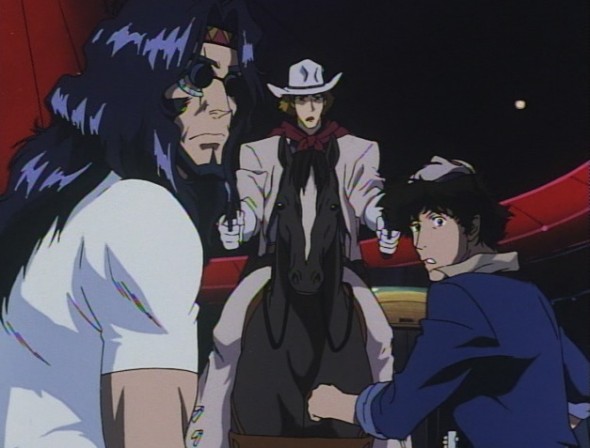 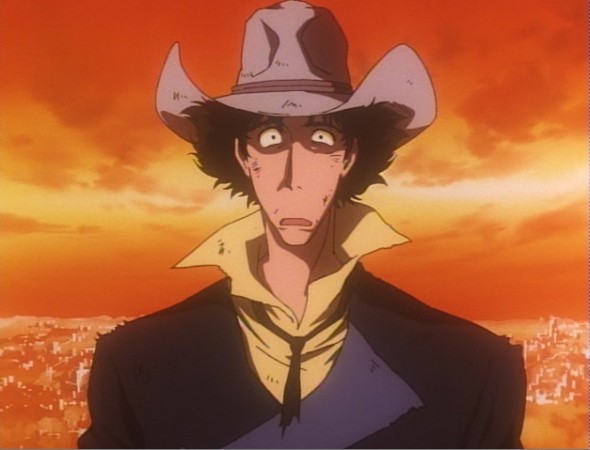 Well, it happened.  I suppose you couldn’t have a show that’s about stylistic pastiche and called “Cowboy Bebop” without throwing in an actual cowboy at some point.  This is a flatly hilarious episode – the last of these, I think that we’ll get for the duration of the series.  It begins with Spike tracking down a terrorist named “The Teddy Bomber,” who likes to blow up skyscrapers with explosive teddy bears.  This guy is one of the more interesting villains that the series has come up with so far, and seems like a perfectly valid conceit to base an episode around when suddenly – 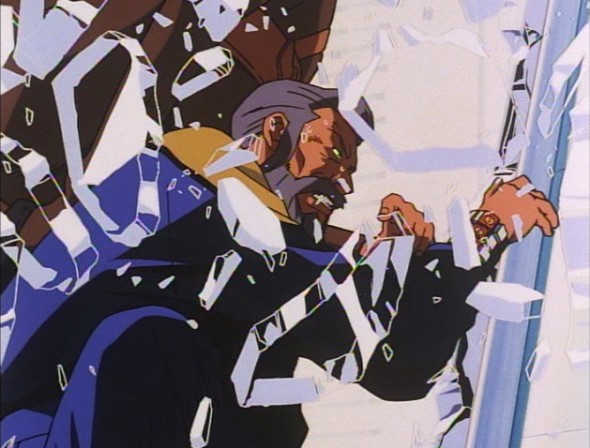 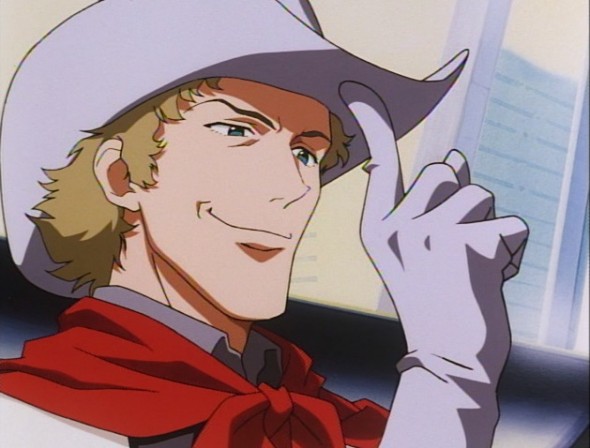 So let me explain.  During his confrontation with Spike, Teddy lets slip that there are only two bounty hunters that he’s honestly afraid of:  Spike, and Andy.  Spike is pleased as punch to hear that he has a reputation (possibly the most honestly pleased we ever see him get, about anything, over the entire run), but perplexed that he’s never heard of this Andy guy…  and then Andy comes sailing through the window.  Andy, it turns out, is a cowboy.  Not in the sense that it’s usually used on this show, where it just means “bounty hunter,” but an actual cowboy – or at least a cowboy LARPer.  He used to be part of the YMCA (that’s “Young Men’s Cowboy Asociation” – no joke), but got kicked out for being too ornery.  Although it never comes up in the show, I think there’s at least a possibility that the only reason he takes in bounties in the first place is that people use the term “cowboy” to refer to that career.  In case it wasn’t obvious already, Andy is dangerously insane, and not a little dumb.  For instance, right after charging through the window, he tries to arrest Spike as the Teddy Bomber, and while they’re yelling at each other, the real bomber blows up the building and gets away. 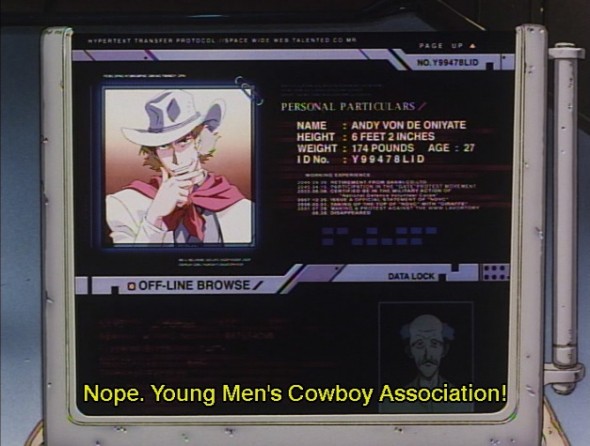