Even though we’re just now doing an official Disney Theme Week, we’ve covered this particular genre-cum-studio ever since the first year of the site, 2008. As they say, “the literature on the topic is extensive.”

Not surprisingly, the site that brought you “Why Strong Female Characters Are Bad For Women” and “The Female Character Flowchart”  has given considerable coverage to the idea of the “Disney Princess.” Stokes gives us a celebration and analysis of the movie Enchanted. Mlawski took on the racial controversy leading up to the most recent entry into the Princess-hood, The Prince and the Frog, which Belinkie later analyzed and declared that it’s “having its gumbo and eating it too.” Oh, and there’s a spectacular chart that accompanies it:

Which is great, but how exactly do you define “princess”? Belinke has that covered too, in his piece, “Belle: Princess or Not Princess?” (Spoiler alert: probably, yes.)

Guest writer Caroline Loy gives a convincing argument on how The Little Mermaid is both a retelling of the story of The Fall as well as a “sophisticated criticism of some of the basic tenets of Judeo-Christian beliefs.” Here’s a taste:

God could not save Eve [Ariel] from Satan. But Prince Eric could, because Disney believes that people don’t need God to protect them from the influences of evil. What they need to bring to the fight is knowledge. Eve defied God and had a dangerously close brush with evil, but she survived because she was helped by the very knowledge God had forbidden.

Have you ever considered that the Coachman from Pinocchio may actually be doing kids a favor when he turns them into beasts of burden? Guest Writer Melanie Englert argues this point in her piece, “To Coachman With Love: Pinocchio and Behavioral Therapy.”

A detailed glimpse into Pleasure Island Inc. could reveal a noble cause. Though the film’s setting is unknown, the original story places the characters within the Tuscany region of Italy: the same region that produced the likes of Andrea Pisano, Filippo Lippi and of course, Michelangelo. Obviously things have taken a turn for the worse by the end of the 19th century. The local boys have run amok and no longer offer any contribution to the world at large; fist-fights, substance abuse, generalized anti-social behavior rule the day. 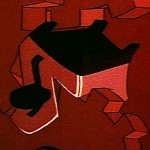 Or have you considered that Disney, in its pre-Pixar days, may have severely traumatized young children with The Brave Little Toaster? Belinkie sure thinks so:

This is a children’s movie about an adorable talking toaster. And at the end of the film, he jumps face-first into industrial machinery. We watch him get ripped apart. The fact that anyone thought this was appropriate for children amazes me.

This one is of a category all its own. A lot of you may have missed this gem by Fenzel from the early days of the site, “A Sneak Peak Inside the Dream Factory.” It defies description. All I can say is that you may never think of a certain animated Disney TV show in the same way again after reading this. So as not to give away too much, I’ll just post this cryptic image from the article and compel you to click through to read: 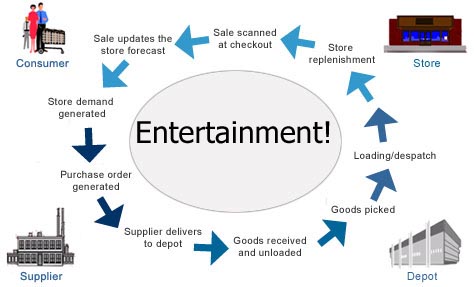 Since comments are closed on the old posts, leave your reactions here.

And lest we deprive you of all your childhood innocence, let’s end on a happier note, shall we?

10 Comments on “Disney Week: From The Archives”