At the risk of being called a penis-bashing dog-faced psycho feminazi* again, I’m going to talk about gender today! (Woo! Gender!) More precisely, I’m going to show off this crazy infographic I made with Carlos A. Hann Commander.  Think of this piece as a visual aid for my strong female character article, my piece about likability in fiction, Belinkie’s awesome piece about Chris Nolan’s women, or any of the other gender-related articles on this site.  Better yet, you can use this graphic the next time you write your own original female character and wonder if she’s a cliché or not. I know how hard writing original characters can be, and I hope this flowchart can help you out.

Before we get to the graphic itself, here are some explanations and caveats.

And that’s it!  Enjoy the flowchart-y goodness after the jump. 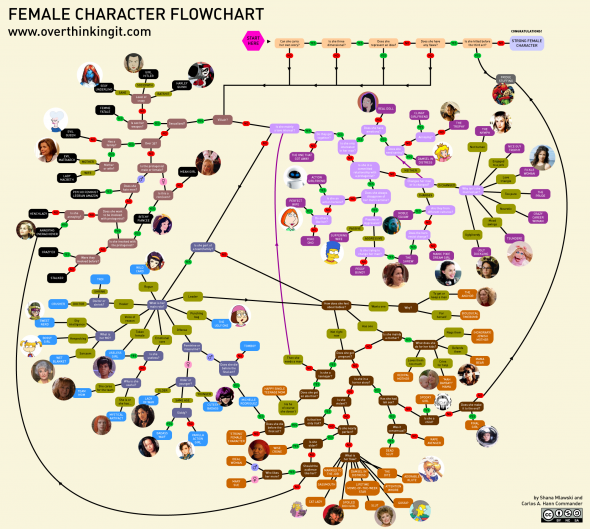 201 Comments on “The Female Character Flowchart”