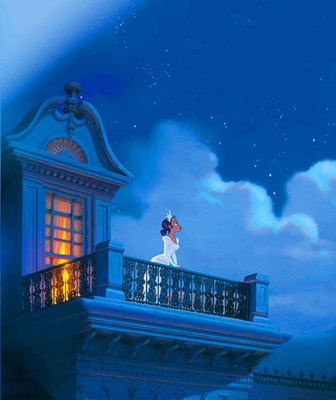 According to IMDB’s June 5th edition of Studio Briefing, Angelina Jolie brought up in public what many of us were thinking privately: Where in the world are Disney’s black princesses?

Disney has had Chinese, Native American, Middle Eastern, mermaid, and even Hawaiian heroines–not to mention its many dog, cat, and mouse heroines. And Latinas at least got The Three Caballeros, which featured such memorable female characters as “The Brazilian Girl,” “Mexico Girl #1,” and “Mexico Girl #2.” What about the sistahs? More importantly, as a white girl, am I even allowed to say “sistahs”?

Evidently Ms. Jolie didn’t know about Disney’s upcoming new animated feature, a film slated to arrive in more than a year and a half but has already gathered around itself much controversy.

In its original iteration, the new film, dubbed “The Frog Princess” after the famous folktale of the same name and set in 1920s New Orleans, featured a plucky African-American servant girl named Maddy who, with strength of heart and the help of a voodoo priestess, a jazz-singing crocodile, and a Cajun firefly, wins the heart of the noble prince and lives happily ever after.

The original story has the princess turn into a frog at some point, but information about that element of the plot has yet to be revealed.

Outrage ensued. Or, so I’m told. I googled “Frog Princess controversy” and read article after article about how “politically correct types” complained that the name “Maddy” was too low-class (don’t tell Ms. Albright) and sounded too much like “Mammy,” a name I’d give the Disney corporation a dollar to use just to watch the hilarity. These articles also claimed that some mothers complained on the Internet that a chambermaid was too low class a profession for a soon-to-be princess (don’t tell Cinderella). Apparently, someone railed against the title of the film (don’t ask me who; I’m just a rumor-monger) because of the “frog” part, although if you asked me why I couldn’t tell you.

I’m a little suspicious of these articles since not one of them links to any of these mysterious complaints, but I’d be very happy to see some evidence of these terrible PC moms if anyone can find some for me. The only person actually quoted was BET’s Jennifer Daniels, who maybe rightly took issue with the fact that the villain of the movie is an evil Magical Negro (Voodoo class), the frog princess’ prince was white, and the film’s music written by pasty-as-chalk Randy Newman.

While I don’t agree with all of these real or imagined grievances, I can understand them. After all, based on Disney’s track record with sensitive racial issues, I’d half-expect their Frog Princess to look something like this: 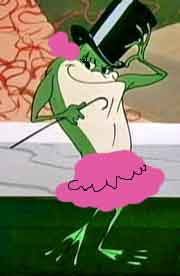 But Disney’s response annoys me, too. No longer is Maddy a simple chambermaid. Actually, no longer is Maddy Maddy! Fearing backlash, Disney decided to give its new protagonist a new sparkly rainbow Disney name: Princess Tiana, a name that I’m pretty sure no black woman in the 1920s would ever actually have. Baby Names World shows that this name didn’t even really exist until around 1970, reaching its peak in the mid-90s. I assume based on this information that Princess Tiana’s best friends in the film are Princesses Mackenzie, Autumn, and Breanna. For that matter, why not Princess Beyonce? I’m fairly sure Disney owns her soul, too, don’t they?

Okay, “The Frog Princess” was changed into the blander “The Princess and the Frog”–no biggie–but, more mysteriously, the love interest, once named Prince Harry, was suddenly switched to Prince Levine. So the Disney Corporation decided that instead of offending people by a wealthy WASP save the poor black girl, they’d have a wealthy Jew save her? That’s the big fix?

I realize the Disney writers, like all white writers, are navigating between Scylla and Charybdis here, with super-racism on one side and white-washing on the other. Before the second half of the 20th century, most white authors writing ethnic characters went the stereotype route. Jews had giant noses and hoarded cash. Asians had shifty eyes and would stab you in the back. Black characters had “negroid features” and “wooly hair” and wouldn’t know anything about birthin’ no baybays. Television in the 80s and 90s got better, as evil politically correct types in Hollywood started allowing African Americans on sitcoms. Of course, those characters went in the opposite direction. If you can find an episode of the Cosby Show in which any of the characters mentions issues of race, I’d love to see it. The Fresh Prince of Bel Air (which I’ve already mentioned in another post was created and written by white Jews) is an exception which proves the rule, since Will is only able to be a fish out of water because he is the only un-white-washed black character in the cast.

In America, unfortunately, television, and, for the most part, movies have avoided featuring minority characters for the past five or ten years to avoid any controversy at all. These writers, sadly, don’t realize that it’s actually not that hard to write minority characters who aren’t blatantly offensive. Here are some guidelines I like to follow when I write non-white characters:

Let’s see this rule in action. Disney, pay attention. I’ll use Jewish characters in my examples since it’s more hilarious. 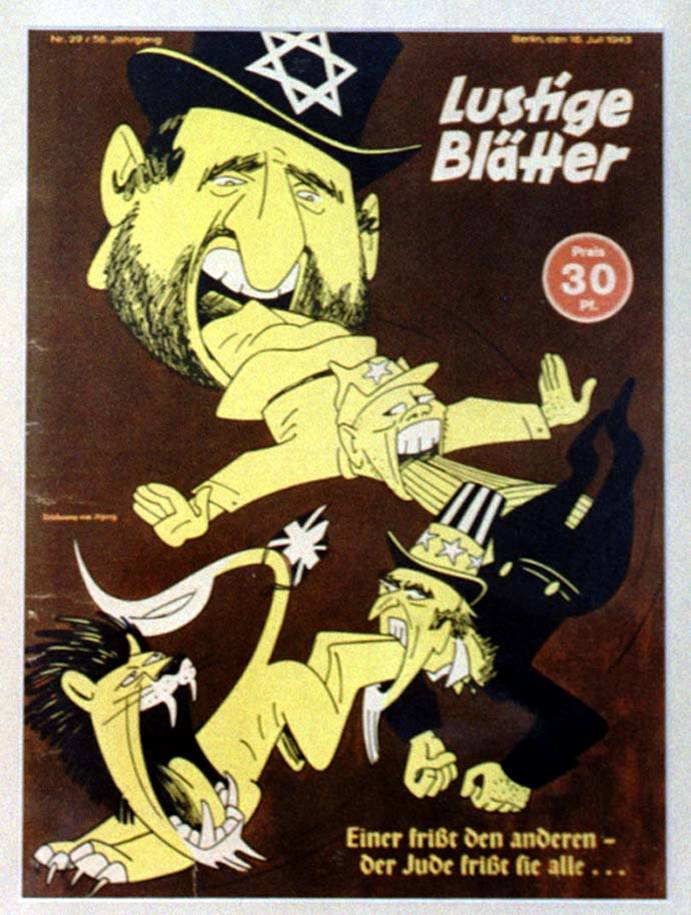 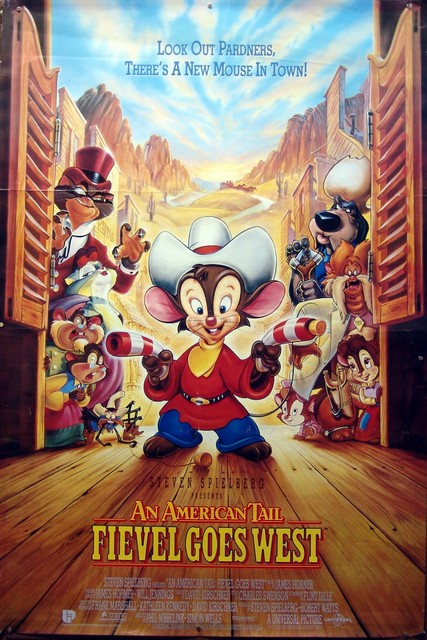 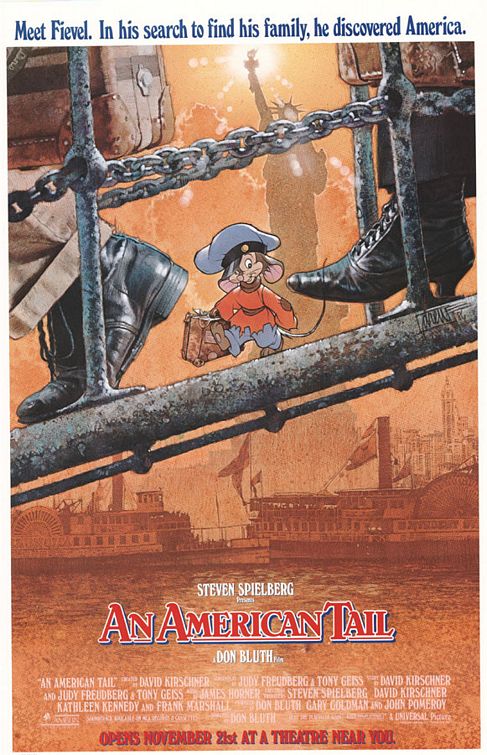 Of course, the easiest way to get more minority characters into American films is to hire minority writers. But that’s another story for another day…