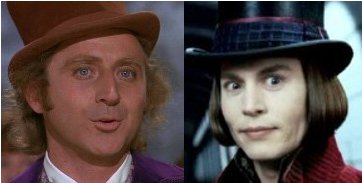 Is the three-dimensional Wonka the "better" Wonka?

Last Wednesday on Overthinking It, Stokes published a fine post, “Archetype or Stereotype,” in which he talked about whether his creating a character for a writing project a bunch of years ago was sexist:

“If I’d invented this character out of the whole cloth, we might have something to talk about.  But I can’t be accused of sexism just because I draw on a broadly internalized aspect of our cultural heritage, can I?”

As the corrected article now states, Stokes didn’t create this character himself; not only was it based on a long tradition of mythological and literary figures, it was part of a long-time collaboration between the two of us. Stokes left me out of the article so as not to indict me publicly with his self-criticism, but I certainly didn’t want to lose out on my share of the credit or blame! So I told him I’d write a response. Also, readers love conflict. Right? RIGHT? (Tell me I’m wrong in the comments.)

Hopefully, Stokes and I will someday return to the project (or, more likely, something like it), but in the meantime, here’s some of my perspective on this character, and, more importantly, on the self-and-mutual-flagellation that appears to be surrounding Mlawski’s excellent Female Character Flowchart — as well as the last hundred and fifty years of performing arts in general.

More on truth, the powers of art, one- and two-dimensional characters (SPOILER: There’s no difference between them),  feminism, self-awareness and the moral obligations of writers, after the jump — 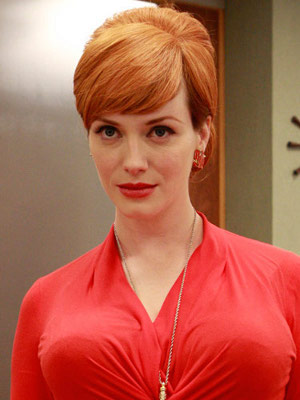 Are You a Feminist, or a Feminisn’t?

A quick note up front – I keep reading in various places (not just at OTI, but more across the web) statements about whether something is “feminist” or not, as if being “feminist” were a discernable quality of, say, a person, or an action, or an individual opinion. These statements are then often followed by tons of “true-scotspersoning” and “staw-personing” as everybody argues about what exactly the definitions are of all the terms everybody is using.

Such conversations are tiresome and miss the point. “Feminism” isn’t a virtue or an ethos; it’s a broad area of intellectual inquiry. It’s a way of talking about something — a characteristic of an ideal, not an ideal in itself, that sometimes forms a small part of an actionable political ideology or an ethical or moral framework.

It’s not like anybody just watched Raging Bull and then decided that he was going to become a lifelong domestic abuser – a boxer, maybe, but then that person also probably has to have a preexisting fondness for jumping rope and having people yell at you while you do sit-ups. Right and wrong are still decided by complex, messy, comprehensive sorts of judgements that take a lot more into consideration than Green Lantern comics.

I’m going to go out on a fountain, small wooded hill, or similar yonic symbol and say no one character, no one statement, no one discrete thing, is ever “feminist” or “anti-feminist” (or even “sexist”). What is feminist or anti-feminist is the way we include how we talk about and associate discrete things in a broader discourse, and then what that has to do with how some actual group of people thinks, acts and behaves.

The reason certain characters are seen as sexist is heavily informed by their prevalence in the culture and the role that prevalence plays affecting the choices people make in real life. If a fiction never affected what people did in meatspace, then feminist discourse would have no context in which to operate with regards to fiction. Relationships between perception of things like art and the way people live are often referred to as phenomenology, but usually by the time we start using words like that, we lose touch with how the rubber meets the road in our lives (as we perceive or understand them to be), which creates a problem when we stop speaking in academic contexts and try to overthink things that are closer to our hearts.

Take, for example, the television show Mad Men. Social critics are obsessed with this show. Is it feminist? Does it offer token nods to social progress while titillating us with alluringly-framed anti-feminism? What sort of phenomenology is it representing, creating or reinforcing? We could, and will, talk about it for years! In fact, we have on this very site, here, here, here, and in a bunch of other passing references.

I’m not saying we shouldn’t. I’m very pro thinking and talking about Mad Men, definitely! Overthinking, even. I want to watch the fourth season really badly so I can talk about it to anybody who will listen. But the broader discussion about the effect of the show on gender politics is a big part of what is feminist or anti-feminist about this show. Much less overthought discussions about it are a big part of it as well. So are all the other shows that are on TV, and the prevailing attitudes and reactions of the people who are watching them. It becomes very hard, almost impossible, to ascertain what a show like Mad Men accomplishes in a political or phenomenological context without stepping back and considering a very large picture. 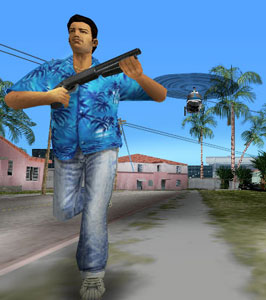 Another great example of something like this is Grand Theft Auto. Is Grand Theft Auto pro-violence, because it portrays violence as fun and has children act out and imitate violent acts, giving them shots of adrenaline and positive reinforcement? Or is it anti-violence, because it shows the awful consequences of violence (including the death of yourself and other people) and gives children a context for understanding and taking control of their aggressive feelings and placing them in an appropriate place in the culture, so that they don’t lash out at their friends? Is somebody who enjoys or even habitually commits virtual violence more likely to commit violence in real life when they have perfectly good fictional violence at home? What about catharsis – is that a legitimate social purpose for art or not?

These all sound nice. These frameworks all make sense. But they all have a missing piece — you actually have to go and figure out what is happening in the real world for any of them to matter. Then, you have to prove causal links between those things and art. Without evidence, there is no way of really knowing whether Grand Theft Auto is politically pro-violence or anti-violence.

When a political group makes a commercial, you bet they think about how it will affect people’s attitudes in the real world, and they go out and obsessively measure it. Same with private companies that make commercials. For art that is produced outside of a political context, this almost never happens, at least in a reliable, confirmable, scientific, result-neutral, causally demonstrative way.

There’s a lot of nonsense tossed out by one  or another political group where they guess what the effects might be, or they show a correlation that happens to reinforce what they already conveniently happened to believe, or they pick some other factor that is sort of related to what they think might be happening and test to see if there is some sort of small shift in statistical likelihood one way or another in how it affects people that they can then extrapolate to assume it affects everybody in the same way (which it straight-up doesn’t) and that it in turn has the more important effect they think it has, even if they have no evidence to support making any of these leaps in reasoning.

What we can do, though is look at the broader context, look at the broader discourse, make a feminist or pro- or anti-violence critique of the larger system at work here, and try to determine from there maybe what we ought and ought not to do from a political and ethical standpoint if we happen to align with some vaguely defined “feminist” political coalition.

A great example of this is Christopher Nolan’s “woman problem,” which we’ve talked about on the site, and which I’ve already remarked on in the comments for that post. Yes, in a bunch of Nolan’s movies, women are hurt or killed in horrible ways, and the male protagonists are tormented by their memories. This sort of trope seems like it would have a phenomenology of reinforcing female victimhood. Maybe. But the movies also heavily undercut the authority of the male protagonists, depicting them usually as mentally unstable to the point of being literally insane. That seems like it would prompt people to question the wisdom of seeing the heroic man as the proper “other” in which to invest leadership. Maybe.

This is, by the way, why exclusively political and social criticism of art fails so, so hard at understanding art (seriously, there is no more beautiful baby thrown out with the bathwater than when somebody considers a great poem or book or play or movie strictly on its laundry list of phenomenological advocacies), why curricula and canons that are any good are full of politically objectionable material, and why artists really can’t be primarily concerned with the specific political effects of their art if they want it to be vital or interesting.

Oh, you can be inspired by it, sure. You can even have an agenda that drives you or an idea that you seek to propogandize. But it’s very likely that your art, if done sincerely and with skill, will have effects on people you could never anticipate. If you want to change people’s minds or advance a political agenda, art is not the best business for you to be in. Even when you do art for the politics, the result usually ends up being more the former than the latter. 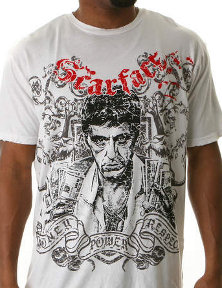 A great example of this is Scarface. Scarface is a baldly propogandistic indictment of the evils of drugs, specifically of the use, distribution and sale of cocaine. And yet, drug dealers love Scarface.

“Is Scarface a pro-drug movie?”

Even more than that, Scarface the character, though he lives a cautionary tale of a life gone horribly wrong that ends in a brutal, lonely, violent death, inspires people in ways I can’t believe its original authors ever intended. He has a broad cultural appeal that runs counter to the message of the film.

The writer decided one thing, but the broader context decided something else, and the tail wags the dog. Oh, we can look back in hindsight and cherry pick the qualities of Scarface that made this possible, but it’s not reasonable at all to expect people to see these things while they are actually making them, and I very much question the sincerity or accuracy of this kind of hindsight, which seeks to retcon our essential ignorance of the random effects of our actions. 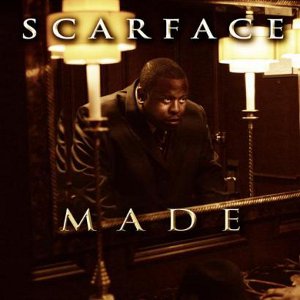 This should not be a good thing that somebody actually wants. But it is.

This is why we should be very very cautious when we evaluate art on strictly political terms. It’s like evaluating a chessboard by the quality of its wood — there is so much going on that we miss if we use that as our primary criterion, and it gives us less information than we think about how people are actually going to use it.

51 Comments on “In Defense of One-Dimensional Characters”