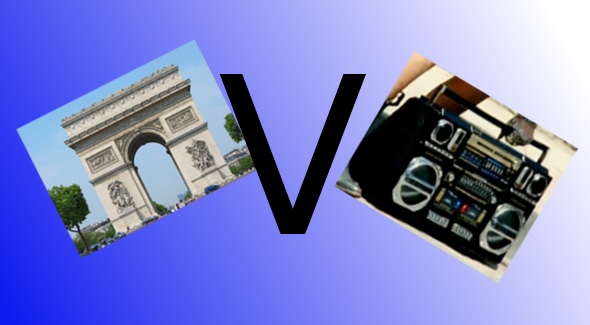 So the other day I was revisiting an old unfinished creative project of mine Fenzel’s and mine [Edit 11/13/2010 — sorry!], and I decided just for fun to run one of the female characters through Mlawski’s patriarchy-detecto-bot 5000 over there.  I scored… poorly.  There’s no need to go into specifics, but basically I fridged the poor gal:  when she gets killed about 30 minutes into the drama, it’s definitely meant as a “this s___ just got real” moment, and it definitely colors the actions of her main-character love interest from that point on.  Fridge stuffing is arguably the worst kind of sloppy female-character writing:  while you can argue back and forth about many of the nodes on Mlawski’s chart, this one is well-nigh inexcusable.  At its best, it means that the writer thought the female character was expendable, and often points to much darker currents.  So I was pretty disappointed with myself for having done it.  Am I really that much of a jerk? I asked myself.  What was I  THINKING?

Then I remembered exactly what I had been thinking.  The character doesn’t just die. She realizes that a catastrophe is coming, tries to warn everyone, is ignored, and then dies.  In short, she’s a Cassandra archetype.  I think I even considered calling her “Cassie” at one point.  (I thought better of it though.  Attention writers!  Do not do that kind of thing.  It is not clever.)  And so for a moment I thought my PC street-cred was in the clear.  Aligning a character with an archetype is not always a good idea, exactly, but it has its uses.  It can add depth and resonance to a story that otherwise would feel flat.  It’s a particularly useful way – I believe – to beef up side characters who otherwise just don’t get enough screen time (or page time, etc.) to be fleshed out in any kind of meaningful detail:  a sufficiently literate audience will recognize the mythic undertones of the situation and project motivations, significance, and emotions onto the character that are not supported by the text itself.   If I’d invented this character out of the whole cloth, we might have something to talk about.  But I can’t be accused of sexism just because I draw on a broadly internalized aspect of our cultural heritage, can I?

Let’s backtrack.  Before Cassandra was an archetype, she was a character, and can therefore be judged by the standards of other fictional characters.  We can even run her through Mlawski’s chart.

A tricky question.  Cassandra received the gift of prophecy from Apollo, who was making a pass at her.  When she turned him down, he placed a curse on her, decreeing that no one would ever believe her predictions.  A princess of Troy, she predicts at her brother Paris’ birth that he will cause the destruction of the city, but to no real effect:  Priam and Hecuba try to kill the infant, but it doesn’t take, cursed babies in Greek mythology being functionally unkillable.  Cassandra then suffers all the way through the siege.  At the end, she warns the Trojans that the horse is full of Greeks, again to no effect, as everyone’s too jazzed about the war being over to pay attention to little miss doom-and-gloom.  She lives through the sack, but not for long:  taken as concubine/spoil-of-war by Agamemnon, she travels with him on his return to Argos, where they are both killed by his scheming ex-wife Clytemnestra.  She warns everyone about this too, of course, but to even less effect.  By this point, depending on the version you read, she either 1) has been driven mad by the impotence of her prophetic gifts, or 2) is frankly pleased as punch that Agamemnon is going to get his, and sees her own fate as a negligible consequence.

There’s plenty to hang a story on, there, and even a recognizable narrative arc.  So she definitely can carry a story. But in the sources that come down to us, she doesn’t.   You can read all the sections that feature her on your lunch break.  Whether and how much that matters is a complicated question that I’d like to punt for the time being, so we’ll pick it up again later.

Maybe not in any one single account.  But if we judge these in the aggregate – which we need to do, if we’re going to make a decision about Cassandra the archetype as opposed to the specific Cassandra that appears in The Trojan Women – we get a figure that’s quite recognizably human.  Almost surprisingly so, given the genre.

3)  Does she represent an idea?

Yes… now.  But probably not then.  Really to answer the question we’d have to know a lot more about storytelling prior to Greek antiquity than we actually do, but it from what I can tell it seems like the idea postdates and is defined by the character.  This is what makes her an archetype:  the oldest, fullest, and original expression of a powerful idea that becomes a stereotype later on.

She certainly does, and pay attention to this because it becomes important later.  Cassandra can’t convince anyone of the doom she sees, per the curse, and that’s not her fault.  But she never tries to do anything about it herself. Why didn’t she just whomp her baby brother in the head with a rock?  Why didn’t she set the flipping horse on fire as soon as it was brought into the city?  By the time the blade is poised above her own neck, she’s a prisoner of war – and borderline insane – and as such no longer has any practical solutions, which just makes it all the more chilling.

5)  Does she die before the third act?

Not in the least.  She dies, sure, but pretty close to the end.  Unless your main character is Orestes, in which case yeah, she kind of does, but honestly who cares about Orestes? At any rate, she certainly isn’t fridge-stuffed.  The point of fridge-stuffing is that the woman’s death is there to provide character development for the people who loved her, and by the time Cassandra dies everyone who ever loved her has been dead for months.  (She got a pretty raw deal, come to think of it.)

So under that rubric, Cassandra, or a Cassandra-type can be a strong female character.  Throughout, here, I’ve been giving her the benefit of the doubt by culling from various sources, etc. etc.  But then, that’s precisely what an archetype is, isn’t it?  When I say “a Cassandra character,” I don’t mean “a character based on Cassandra’s one-paragraph silent cameo in the Aeneid,” I mean a character based on a sort of notional Ur-Cassandra that represents the all the possibilities inherent in the character.  And although making all of your female characters Cassandra types is not going to make you a better writer, I don’t think it’s possible for an individual character to fail Mlawski’s test purely by virtue (uh… by vice?) of relying on this archetype, since the archetype itself does pass.

But notice that I chose my words very carefully there.  The archetype passes Mlawski’s test.  This doesn’t mean it’s feminist, just that it has the potential to be well written.

What makes a Cassandra type?  Here are the plot points that need to come up.

1) Cassandra must have a vision of future doom.  This needn’t be supernatural, she just needs to know that everything’s eff’ed.

2) No one can believe her — or at least no one who matters.  Instead, they act like she’s crazy.

3) Most typically, she doesn’t get to survive the catastrophe she predicts.

Now, how many of you would say that Jeff Goldblum’s mathematician character in Jurassic Park is a Cassandra figure?  Show of hands?  It doesn’t quite fit.  And yet he fits the description above perfectly, especially in the book version where he ends up dying from a Tyrannosaurus inflicted leg wound.  So there’s something missing from the character sketch we’ve developed so far.  Not a what, but a how, a manner of being and behaving.  Ian Malcolm (the Goldblum character) is suave and charming.  He’s thoroughly rational.  When the chips are down, he’s more relaxed about getting bit by a T-Rex than is frankly plausible.  Cassandra, on the other hand, is hysterical.  The defining attribute of the Cassandra archetype is not what happens to her. It is hysteria.

17 Comments on “Archetype or Stereotype?”