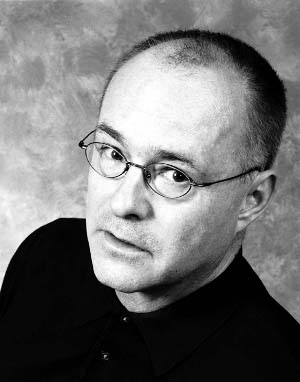 He's not as easy on the eyes as Christina Hendricks, but who is?

Depending on who you ask, a one- or two-dimensional character is a character that lacks history, flaws, depth, emotional complexity or a familiar human texture – basically, all the qualities you would require of the contemplative hero or heroine of a 19th century parlor drama. Characters in these sorts of plays spend most of their time talking about what they think about stuff that relates to very familiar situations for the audience, so if this information isn’t handy, there isn’t going to be much of a play.

Some people seem to think being three-dimensional means there are a lot of specific details about the character that are unrelated to the story but said out loud during a scene for some reason (Like, “Hey, I know we’re in this underwater scientific research facility, but I sure do like quilting.” Ooh, you’re so three-dimensional!). Some people lump having a motivation or objective with being three-dimensional, although that’s usually part of a different sort of framework.

Some people seem to think being three-dimensional means the character needs to change in a meaningful way during the story. This a) is entirely genre-dependent; not all kinds of stories involve people changing — and b) implies a philosophy about humanity and human nature that I think is too narrow and suffocating for any writer to commit to seriously and still be able to do their best work.

My criticisms aside, If you have any training in the theatre, you should recognize this stuff right away — all these qualities are actor-centric. These are things an actor wants to know as the actor is approaching a part so that he or she can approach the part with believability, because there are certain techniques that involve having all this information that make it easier to produce believable characters.

One of my favorite, favorite writings about the theatre is “The Theatre of Good Intentions,” an essay written by Brooklyn playwright Mac Wellman (I’ve linked to a Google Books preview of an exerpt, here is a place where you can purchase it from the publisher – you can also read an interview with him here). It’s a useful piece for both actors and writers, because it calls into question and indicts the cozy relationship between acting and writing, and how the threatre drifts into a space of complacency, where writing is made easy for actors to perform and actors rely on techniques that they think they have to rely on and go with their scripts. My favorite paragraph from the essay:

The somber, generalized, sleepwalking gait of so much American playwriting is directly attributable to the fact that any writer who is produced with any frequency at all must sooner or later come to terms with the obdurate and implacable dogma of method acting. And since no American playwright can boast anything like the mystique and cachet of the famous (mostly method) actors of our time, an insidious dilution occurs in the writing itself, which becomes more pat, symmetrical, generalized, and rationalized, and less sharp, specific, smart and quick-footed. Writers are responsible in this strange pas de deux of acquiescing to what — from any dispassionate point of view — is only a vast artistic and cultural sham.”

The language of three-dimensional characters is written in the bankrupt vocabulary at the lazy nexus between acting and writing. There are certain things acting does well that writing does poorly. There are certain things writing does well that acting does poorly. Dramatic art is a collaboration between, among others, actors and writers. Why can’t the actor do the actor’s work and the writer do the writer’s work?

If a character lacks depth and believability on the page, the actor can provide it. If a character lacks a motivation and seems to not commit to actions with purpose, the actor can provide it. If the character’s language doesn’t reflect an obvious, obvious change in the character, the actor can still do it. You’ll still see it on the stage or screen, you just won’t hear them come out and say it, which is disquieting to critics and producers even if it doesn’t matter at all to the audience or the overall effect of the work.

All the rules of three-dimensional character creation are acting rules, not writing rules. I say, if an actor wants to work at their craft, make them work. There’s no reason why a writer has to make it easy on them. Maybe it’s because I’m an improv performer, but the barrier between having and not having the information you need to perform a character is one of fear. All actors should be capable of just making up information they need to perform their characters well that isn’t spelled out in the script.

After all, we are not Constitutional scholars of strict constructionism here. Acting has the mother of all Commerce Clauses – if the paper in front of you doesn’t explicitly say you can’t do something – go ahead and do it. Act. It’s in the name of your job.

In film (or video), the camera can also provide information not provided by the actor and writer. Even if all these things were necessary (and they probably aren’t), looking at what is written down and applying a rubric to it is funny. I think it’s one of the things that’s funny about the Female Character Flowchart. When answering basic questions about what is demonstrably true about the characters, we know we’re being reductive, but it’s fun to pretend everything is so simple when it’s really quite complex.

These “three-dimensional” qualities also lend themselves to character development scenes, which are an important part of the paradigmatic structure of modern dogmatic Hollywood-style screenwriting. You have to have X number of scenes “about your character,” then the rest are the plot, which is dictated by the genre.

Again, as an improv performer, this seems trivial, and the descriptor seems like a waste. I can do other stuff while “developing my character.” We can put in the pages on it and still have scenes that are good, plus, I can make up any old sort of crap about a character if the scene calls for it. If there’s a scene where you learn a bunch of ancillary information about a character, the stuff you learn probably isn’t what was important about the scene.

“Oh, hi, I like ketchup. Yum, ketchup. Best thing ever on a pastrami sandwich! My mom used to make it for me before she died of cancer. I’ve decided that, because she died of cancer, I’m going after this tobacco company, and you’re either with me or against me.” Congratulations, plucky news reporter on the wrong side of the law, your character has been developed.

But if you met me on the street and we had a conversation that didn’t involve ketchup or pastrami, I don’t think you’d necessarily find the conversation lacking, and if the words I said didn’t happen to reveal any information about my history with cold cuts or condiments, I don’t think it would make me less believable as a human being in that context.

After you’ve seen it for the millionth time, this character development stuff smells an awful lot like crap. Do I really need to see another flashback to this person’s childhood? Do I really need to hear him talk in impossibly straightforward, if emotionally terse terms about his psychological baggage? People you come across in life don’t tend to provide you with this information before you interact with them, and yet somehow when a fictional character holds back this information, it’s unrealistic. Really?

I’ll cite Wellman again on this:

Paradoxically, it may be precisely the habit of writing characters from the inside out, as it were, that leads to this impasse: characters made up of explanations become creakingly artificial, emotional automata who never, but never, resemble people as actually experienced. Rather these characters — and I would offer the entire cast of Death of a Salesman as example — are merely theoretical. They are aggregations of explicated motives, explicated past behavior, wholly knowable and wholly contrived. They seem animated by remote control, as if from another planet. Representing, as they do, a theoretical view of life (and there is none more theoretical than contemporary American naturalism), they cannot hold back any nasty little secrets, they tell no lies, do not surprise us too much, and, in fact, are capable of very little that is interesting.”

So, that’s a definition of one- and two- vs. three-dimensional characters, as well as my own take and a more successful, famous writer’s take (yay, Appeal to Authority!) on why it’s probably bullshit from an artistic perspective, and why writers shouldn’t really pay attention to it. It’s artifice, it’s lazy, and it leads to slower, more boring, more predictable, dumber stories.

With this in mind, if we’re writing well, a lot of characters who are one- or two-dimensional in the traditional sense should turn out to be pretty interesting, and we shouldn’t worry so much as writers if our characters don’t have “depth,” per se, at least if we’re writing plays or movies. Depth in the generally agreed-upon sense is of questionable value.

As a thought exercise, let’s look at two versions of the same scene, first with one-dimensional characters who have no depth or backstory, relatively little arc or explanation for what they are doing, and who have a lot of secrets they keep from the audience, and the other with well-articulated, deeper, more explained, “three-dimensional” characters:

Here’s the boat ride scene from 1971’s Willy Wonka and the Chocolate Factory:

Wow – Gene Wilder as Willy Wonka is crazy, isn’t he?

Here’s the boat ride scene from 2005’s Charlie and the Chocolate Factory. In this version, Tim Burton was apparently unsatisfied with how enigmatic Willy Wonka generally was in the preceding movie and source material and added a bunch of back story so that the character made more sense and had more depth. This was supposed to hit that Burton combo of creepy/sympathetic, and you can definitely feel the difference in Depp’s performance, as well as the overall tone of the piece:

I like the 1971 version a lot more. Oh, it’s a bit shabby, and the psychedelia leave a bit to be desired, but it’s immediate, it’s visceral, it’s a bit harsh and edgy, and the scene just plain functions better. This is the boat ride into the cave scene – where the people who have entered the chocolate factory as visitors are shown that the world they are in is quite different from the world they expected. The 2005 version is just too slow and staid and easily explained to get that same sense of alienation or suspension of the comfortable self that’s necessary to the story and at the heart of most of Roald Dahl’s writing for children.

Maybe you disagree. Say so in the comments! The movies as a whole also invite a lot of comparison. But I still have plenty of work to do on this topic before I move on to that …

51 Comments on “In Defense of One-Dimensional Characters”