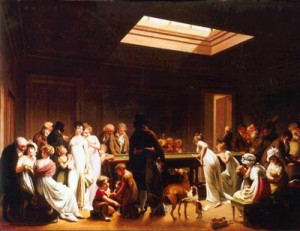 The title here is taken from a recent post by mlawski on the difference between [Strong Female] Characters and [Strong Characters], Female.  The image is a painting by the French artist Louis-Leopold Boilly, which (according to the exhibit guide at the museum I saw it in) is a symbolic representation of “the phallic mother.”

The Phallic Mother is a Freudian concept.  The idea, as I understand it, is that little boys, confronted with their own mothers’ sexual difference, construct a fantasy image of a powerful, desirable woman who just happens to have an enormous threatening wang.  Apparently this helps the boys deal with castration anxiety?  I guess the theory is that “well, if women have a phallus, then everyone has a phallus, and if everyone has a phallus then it must be impossible for my phallus to shrivel up and fall off.”  In art, the phallus is replaced with a phallus analogue, such as a pool cue, or a sword, or a gun, or what have you.

I don’t know how much I buy Freud’s explanation of this.  Film scholars and literary critics are maybe a little too quick to cite Freud on everything, considering that most actual psychologists stopped believing in his theories long ago.  (Searching for Freudian symbolism in Psycho doesn’t make that much more sense than searching for Lamarckian symbolism in the Star Wars movies.) 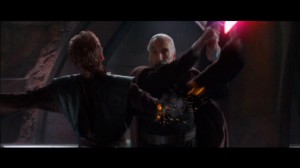 So yeah:  Freud’s concept of the Phallic Mother is probably as outmoded and tendentious as his concept of Penis Envy.  But our culture does seem to have a weird affinity for this image.  Particularly in advertising campaigns.  Observe: 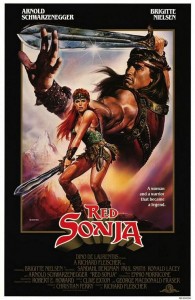 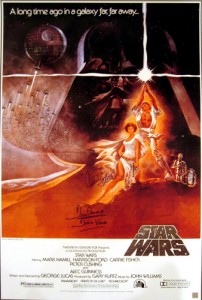 Two relatively straightforward examples to start with.  Note that the men on the covers aren’t holding their weapons anywhere near their groins. 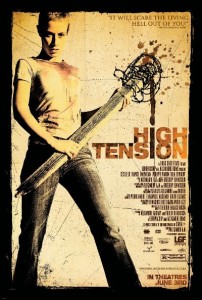 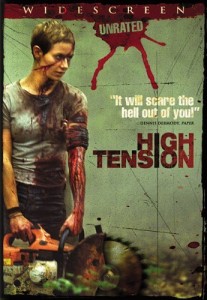 A two-fer from the recent French horror movie Haute Tension. (Yeah, I used the original French title.  If you were wondering exactly how pretentious I am, now you know:  that pretentious.) 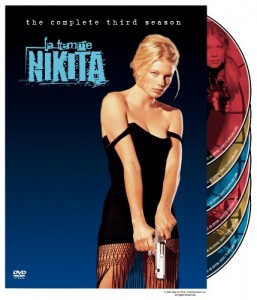 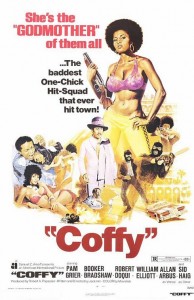 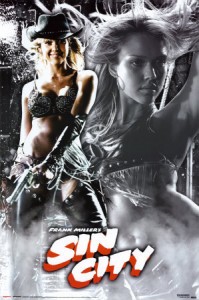 Now some firearm pics.  The Coffy one is much less blatant than most.  Still, if you trace the line of the gun barrel down into her body, you will end up where the artist wanted you to go, know what I mean? 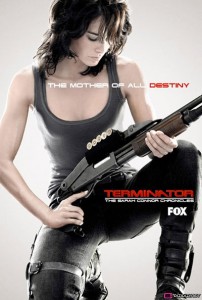 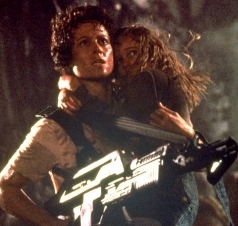 So far, we’ve mostly just seen Phallic Women, so I thought I should leave you with a couple of legitimate bad-ass Mothers.  These are also respectively the most and least ridiculous examples of the trope that I have come across.  Ripley hardly deserves to be included:  the gun, while enormous, isn’t pointed anywhere inappropriate, and this image wasn’t even part of the advertising campaign as far as I can tell.  Sarah Connor, on the other hand… yikes.

15 Comments on ““Her ability to shoot a gun was so the film’s advertisers could put her on a poster wearing a skimpy outfit with a big gun between her legs.””