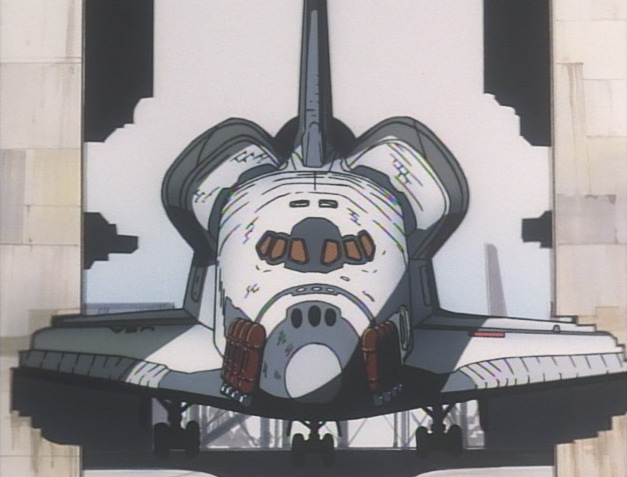 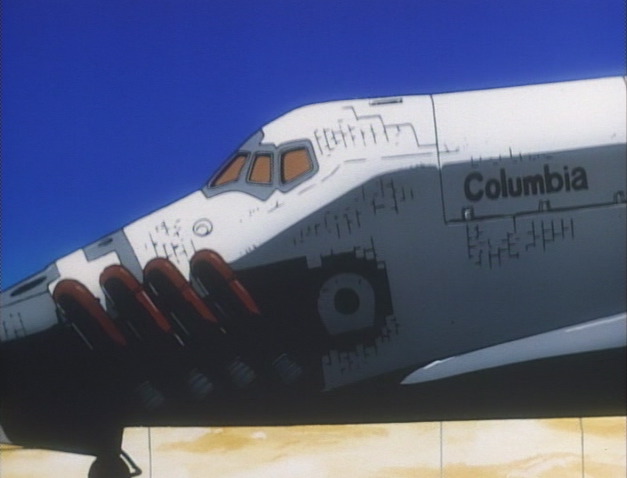 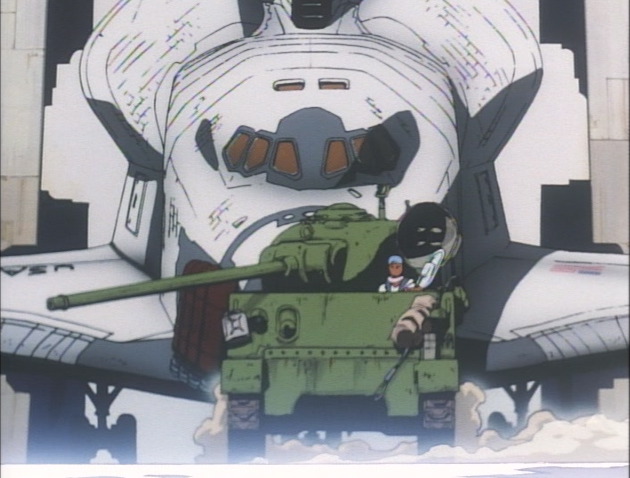 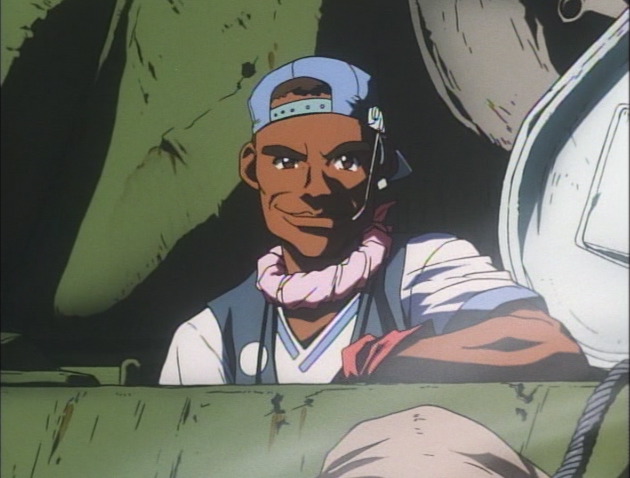 One of my favorite things about this sequence is that Miles clearly thinks it's just as awesome as I do. 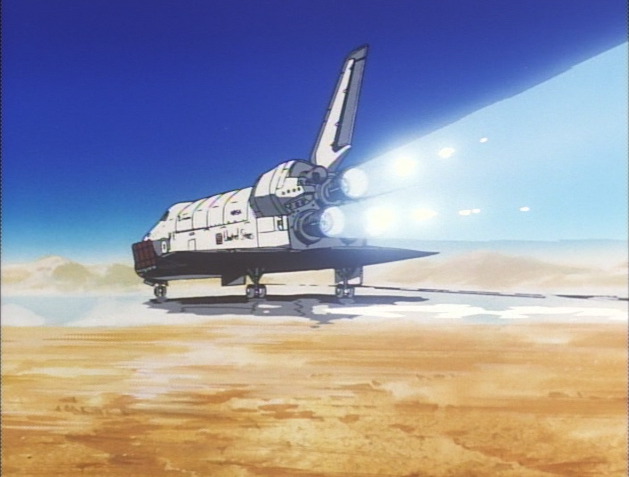 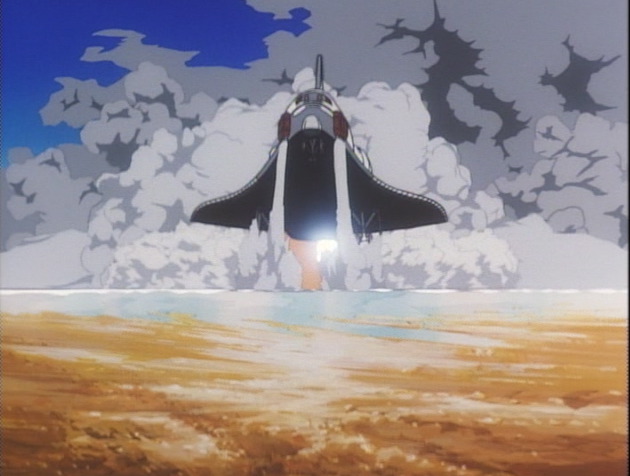 And in case you couldn't tell, I think it's pretty awesome.

Okay, maybe the fact that it’s the Columbia is a little unfortunate, and you can understand why they pulled it from US circulation for a while after the disaster.  But you can also understand why they do air it in reruns today.  Cowboy Bebop was made well before the Columbia disaster, and this episode is such an unabashed love letter to the idea of spaceflight that I can’t imagine someone finding it disrespectful.  (Disrespectful, no.  Morbid, however… Just as the episode ends Doohan is grumbling about how reentry is going to be dangerous because of damage to the insulating tiles.  So yikes.) 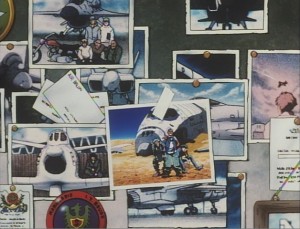 One of the things I’ve talked about in these posts is the way that the Cowboy Bebop show runners like to withhold certain crucial scenes and pieces of information from the audience.  With this episode, I think that’s beginning to shift.  Granted, we don’t get to actually see their death-defying landing – instead, we just see the picture of it hanging up on Doohan’s wall.  Still, they could have left us hanging in space, and they didn’t do that.  More to the point, look at the way the secret of Doohan’s “hobby” is teased throughout the episode, before being revealed in a veritable orgasm of hermeneutic closure.  Wild Horses seems to mark a fundamental change in the show’s approach to the revealing of secrets.  As we close in on the ending, the show is beginning to provide answers on both smaller and larger levels.  The outstanding large questions being:

Note that we pretty much DO know what Jet’s deal is.  So arguably this process began back in “Black Dog Serenade.”

I still wouldn’t be surprised if some of these questions are only half-answered, or even left entirely to our imaginations.  Cowboy Bebop is not like Lost or the X-Files, where answering the questions are the whole point of the final episodes.  Rather, we’re getting episodes that are “about” hermeneutic closure in the same way that earlier ones are “about” noir or blaxploitation.  For instance, notice how in Wild Horses the central “mystery,” (what is Doohan’s pet project?) is something that all of the characters know from the beginning: only the audience is kept in the dark.  And that’s really, really weird. It’s anti-dramatic irony.

And that about sums it up for “Wild Horses.”  I’m not done with the subject of old junk, though.  This is not necessarily my favorite favorite episode of Cowboy Bebop, but watching it finally solidified my ideas about what the show is really about.  I’ve been kind of talking around this idea for a while now, but I feel like at this point I can finally put it into words. Are you quivering in anticipation?  Click through, click through!