Lost is in reruns until tomorrow, which means I had an opportunity write a post of epic length about my latest sci-fi obsession.  This piece will cover seasons 1-4 and the first episode of season 5 of the 2005 Who series.  Unlike Fenzel’s excellent Who piece, which can be understood by the uninitiated, this piece is full of SPOILERS. If you haven’t caught up on seasons 1-4 yet, best ye stay out.  Everyone else: enjoy.

Doctor Who just started up again on BBC America* with a new season, a new show-runner, new cast, new TARDIS… a new everything.  My two word review of the season opener: “Molto bene.”

Of course, not everyone had the same positive reaction I did.  Some didn’t like the new Doctor (incorrect), most hated the new theme song (so did I), and others were concerned that the plot was a retread of “Smith and Jones” and “The Girl in the Fireplace” (rightly so).  Mostly, there was a lot of conversation about Moffat’s decision to make Amy, the Eleventh Doc’s new Companion, a kissogram.  What’s a kissogram? you ask.  Well:

Yes, the Doctor’s new Companion, for all intents, is a stripper.  (Talk about sentences you never thought you would write!)  Naturally, questions arose, the main one being, “Is this sexist?”  Personally, I thought making Amy a kissogram was a pretty awesome choice that said more about her character and about her relationship to the Doctor than about the show’s feelings about women in general.  Still, the question is a fair one.  It’s like the old Zen koan, “Is Showgirls sexist?” On the one hand, you could read Showgirls as a criticism of the sex industry and how it destroys women.  On the other hand: 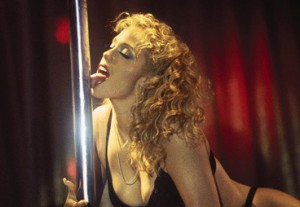 In general, is the new Doctor Who bad for women?

Part 1: Doctor Who: A wish-fulfillment fantasy for nerdy girls, or, In the World of Firefly, “Companion” Means Prostitute

Far away from here, but not too far, there’s a fairly average girl living a fairly average life.  She’s attractive enough, and she’s no idiot, but, for all intents, our heroine is a normal person with a normal family, normal friends, and a normal life.

And she hates it.

Lucky for her, it’s not going to last long.  Just then, who should arrive in her life but a supernatural mystery man who ushers her into a new, magical life she could not previously access.  Despite his attractive exterior, said mystery man is actually more than a hundred years old, and, for some unknown reason, he enjoys hanging out with this much younger woman and drawing her into potentially-fatal situations.  Our heroine loves it—loves him.  As their adventures continue, their relationship quickly evolves (devolves?) into a deep intimacy (disturbing co-dependence?).  Even so, our mystery man and heroine don’t actually have sex with each other. 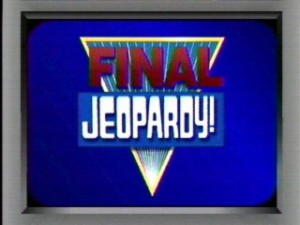 Did you say the Ninth and Tenth Doctors?  Did you say Rose Tyler?  Yeah, those answers work, I guess.  But I wasn’t thinking of them. 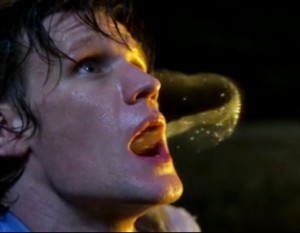 This worries me because most adults agree that Twilight fairly regressive when it comes to its views on gender and relationships.  Could it be that Doctor Who is just as bad?

Possibly.  Both Twilight and Who are stories of adolescent female wish fulfillment.  In male wish fulfillment fantasies, the reader gets to imagine himself leaving home and becoming part of a larger society or story: he becomes a leader of the rebellion, for example, or long-lost heir to the throne.  In the kind of female wish fulfillment fantasy represented by Twilight and Who, the reader/viewer gets to imagine herself leaving home not to join a larger society but to give up her responsibilities.  For once, she doesn’t have to worry about her family obligations or her job or protecting her virginity.  She doesn’t have to do much of anything, actually.  She just has to give herself over to the story and its hero and let them both take over.

[Somewhat-related aside: Interestingly, in this fantasy world, sex between the two main characters doesn’t actually occur—or, at least, not before marriage in the Twilight universe.  But that makes sense, doesn’t it?  This is an adolescent female fantasy.  This is the fantasy of a person who is both intrigued by and frightened of sexuality.] 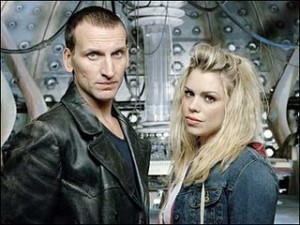 Like our pal Stokes, you can argue whether such female adolescent wish-fulfillment fantasies are good or bad for women, but I think we can all agree that the first season of Who fits snugly into this mold.  Rose’s life is boring and full of responsibilities—to her crappy job, to her mother, to her boring boyfriend—until she gets swept off her feet and into a TARDIS.

I think we can also agree that in Doctor Who’s season one and in Twilight, there are some strange, gendered power dynamics going on.  In Twilight, Edward gives orders; Bella takes them.  In Who, the Doctor orders; Rose cheerfully obeys.  Edward (the Doctor) fights; Bella (Rose) either acts as a help-mate or waits to be saved.  Edward (the Doctor) controls the tenor and direction of his relationship with Bella (Rose); Bella (Rose) dotes.  The only major difference there is that Edward is a bit (understatement) more sexually intense than Eccleston’s Doctor is.  When Edward controls his relationship with Bella, he makes it more obsessive—sneaking into your non-sexual girlfriend’s bedroom and watching her sleep tends to do that.  The Doctor, of course, does exactly the opposite: keep Rose at arm’s length.  But both guys decide when the relationship starts, when it will end, when sex will occur (if ever)… everything really.  These two relationships are clearly lopsided, and the power rests firmly in the hands of the men.

So, is the new Doctor Who sexist?  Yep.  Looks like it.

No.  No, absolutely not.  Never in a million years.

NO NO NO NO

No, I refuse to believe that Doctor Who is sexist.  I don’t know about Twilight, but the new Who is far too clever for that.  No, for all their similarities, there is a difference between Twilight and Who: a major difference—a difference so enormous and so charged that it separates Twilight and Who into two universes that can never, ever touch.

ON PAGE TWO: My straw man meets its match.