Part 2: The Education of Rose Tyler

Don’t get me wrong: I love the new Who’s first series—Eccleston grew on me like whoa, and the end of “The Doctor Dances” probably merits a place on my list of “Best Things in the History of Ever.”  But the second series beats the first because that is when the show develops the big, huge, monumental thing that separates it from Twilight: self-awareness.  The first season introduced a relationship with little comment; the second season comments.  In order to avoid making this overly-long post overly-longer, I made some charts.

THE DOCTOR’S PROS AND CONS, ACCORDING TO SEASON TWO

As a point of comparison, here’s a pro and con chart for Edward Cullen, according to the Twilight series:

Many readers of Twilight will think of their own “cons”—for example, I don’t like my men pubescent and sparkly.  But those negatives don’t go on the list because they are not mentioned within the text.

I hope you can see the difference between the two charts.  Edward’s flaws are rarely acknowledged by Twilight, which makes sense when you consider the books’ narrator.  The new Who, on the other hand, seemingly spends half of its time reminding Rose (and us) of the Doctor’s pretty major flaws, lest she (and we) fall for him too deeply.

It doesn’t work, needless to say!  But let’s give Davies and co. points for trying. 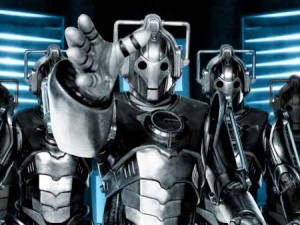 By constantly commenting upon the negative aspects of  Rose and the Doctor’s relationship, season two sets up Rose’s story less as a Twilight counterpart and more as a sister to the film An Education.  I’m not going to spoil An Education for you if you haven’t seen it, but the moral of the story is something along these lines: “If, when you are around college age, an attractive, worldly older man asks you to travel around with him, be careful.  We’re not saying ‘don’t go’—after all, a trip with such a learned man will surely help you broaden your horizons, try new things, become independent of your parents, tear yourself off the rails society has set you on since birth, help you learn what you do and don’t want out of your next relationship: in other words, grow up a little.  If you’re lucky, you can use this opportunity to forge your own identity.  But you can find yourself getting wrapped up in the guy’s identity, too.  And, trust me, he’s not as perfect as he looks.” 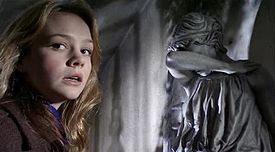 Also, Carey Mulligan is totally in both of them!

Is this a feminist moral, a regressive one, or what?  I don’t know.  Both?  Neither?  It just sounds like life to me.  Young women change their life paths all the time to follow some guy.  Twilight suggests that this is a completely good thing—true love and all—while Law and Order: SVU says this story will always end in a rape-murder.  Doctor Who, like An Education, gives a more nuanced vision of this type of relationship, and I think a more realistic one.

NEXT UP: Gender + Religion = Even More Confusion.