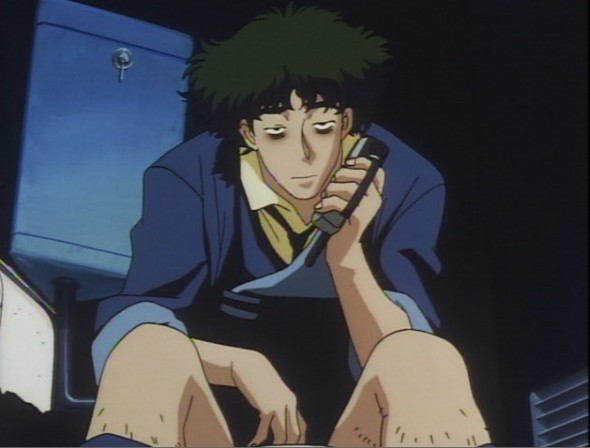 Welcome back!  I hope you’re in the mood for Bebop.  Take a gander at the introduction or Sessions 1-5 if you need a refresher, and then settle in for some episode recaps.

Session 6:  Sympathy for the Devil
This is a really hard episode to summarize, because the writers keep pulling the rug out from under you.  Here, in order, are the different plots you think you are watching.
1) Bounty-of-the-week is trying to get revenge on an old enemy by kidnapping said enemy’s protege, an eight-year-old blues harmonica prodigy.  (Heh, prodigy protege.  Words are funny.)
2) No wait, the Bounty-of-the-week is actually a god guy.  He’s trying to rescue the kid from his evil, Svengali-like manager.  Were you aware that the original literary Svengali was, in fact, an A&R rep?
3) No, wait!  The manager is actually a good guy too!  The Bounty-of-the-week was trying to rescue his old friend from the child, who is an evil harmonica prodigy.
4)  No, wait! The child isn’t even a child!  He’s actually hundreds of years old, but frozen in time (and turned eeeevil) by the “gate accident” that half-destroyed the moon, blighted the surface of the earth, and scattered mankind across the solar system. 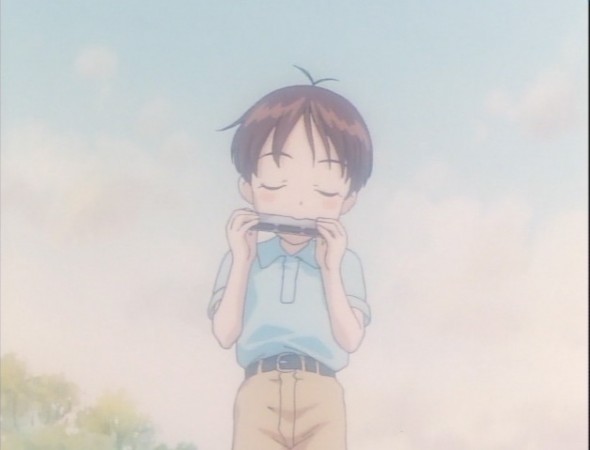 Wait, are you SURE he's evil? 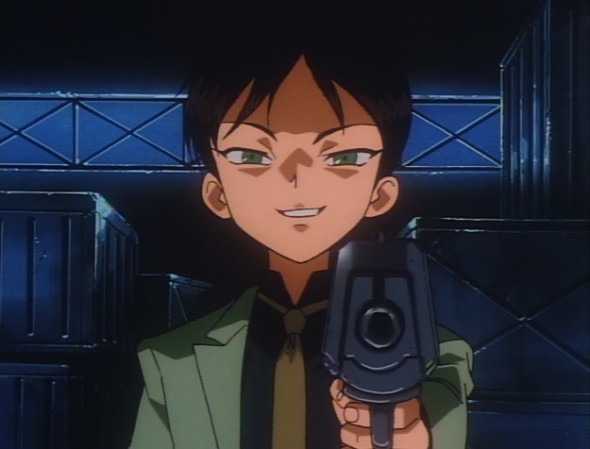 Okay, creepy I'll give you. But evil? 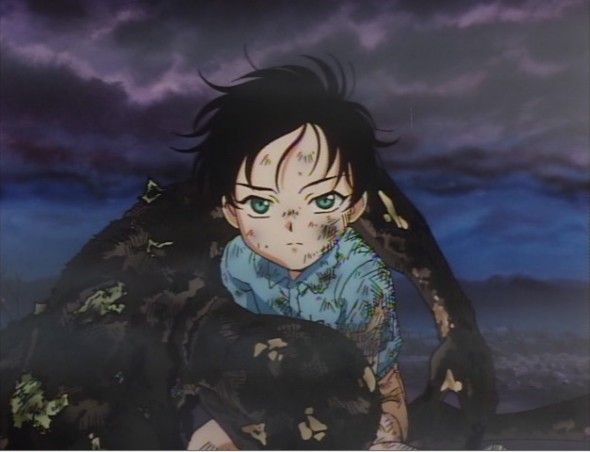 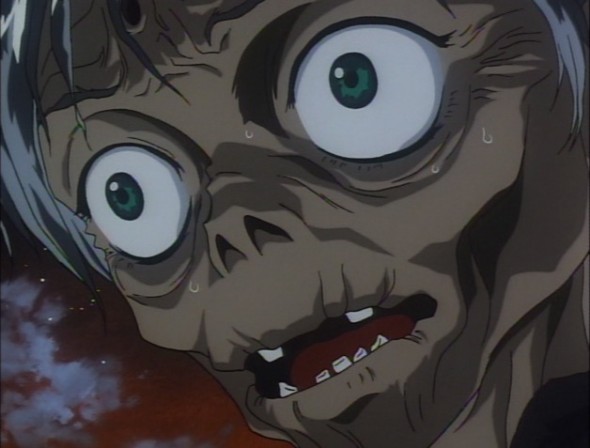 Now, if you check Wikipedia, the gate disaster is supposed to take place in 2022, and the main series is set in 2071.  So the ancient evil demon-child is actually, uh, like, 67.  But that doesn’t sound nearly as cool.  Let it slide.
Anyway, all of these shoes drop before the episode is half over, and the rest is devoted to Spike fashioning a magic bullet that can “return time” to the harmonica player, thus ending his… uh.  Reign of terror?  Killing spree?  Career as a blues harmonica player?  It’s not at all clear why they feel the need to do this, actually… Abominations are just there to be destroyed, I guess, and Spike Spiegel is the man for the job.  Never mind that he’s not getting paid for it – the Bounty-of-the-week gets shot dead and tossed out a window four minutes into the episode – and that the crew is so broke that Faye has been reduced to eating dog food.

Musically, this episode is obviously all about blues harmonica.  What’s interesting about that, though, is that it’s the first episode since the pilot to feature this kind of music (or at least this heavily).  I know that the show wasn’t originally intended for DVD, so this particular piece of formal symmetry is probably an accident.  But accident or not, it’s kind of neat.  Also, conspiracy theorists can probably have a good time with a momentary dream sequence at the beginning of the episode which could imply that Spike is a robot, or hallucinating all of this while in a coma, or both, or lord knows what. 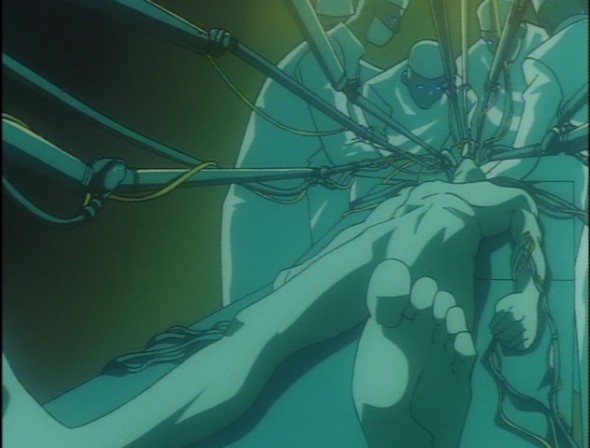 Today on Cowboy Bebop: Spike Gets a Root Canal

Let me say that I really loved “Sympathy for the Devil.”  It’s like watching an episode of CSI that suddenly turns into an episode of Tales From the Crypt after the first commercial break.   I’ll have more to say about it later on, but for now let’s keep recapping.