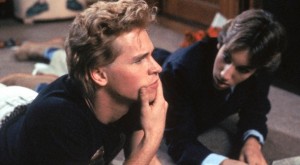 People go to the movies for a variety of reasons: escape, catharsis, inspiration, a date, an air-conditioned room on a muggy Sunday afternoon. Rarely do we go in order to learn something. And we’re okay with that. We sacrifice science and accuracy in the name of entertainment. Hollywood has a hard time getting physics right: do bullets spark when they hit a metal surface? Can a bus traveling at 55 MPH jump a forty-foot gap? And just how long does it take a kid to fall from Niagara Falls, anyway?

But Hollywood has an even harder time depicting genius.

By “genius” I don’t just mean exceptional technical ability or artistic talent. I mean that insane burst of creativity that breaks conventional boundaries. A genius is not just someone smarter than us, but someone so much smarter that we can’t even recognize what they’re doing. The word genius itself, in Latin, refers to a guardian spirit; someone who created a great work was said to be inspired by such an entity. “Talent hits a target no one else can hit,” wrote Schopenhauer. “Genius hits a target no one else can see.”

To put it concretely: every heist movie has its techie guy. Every Bohemian romance has its tortured artist. Every business drama has its self-made billionaire. These people are not geniuses. The fact that we can recognize the tropes they inhabit proves it. Richard Feynman was a genius. Leonardo DaVinci was a genius. Warren Buffett is a genius. And I submit that Hollywood could not produce a satisfactory depiction of them.

Why do I say that? Let’s look at a few examples.

In Exit Wounds, Steven Seagal and DMX team up to take down a posse of crooked cops. Steven Seagal is a Detroit policeman who doesn’t play by the rules, but still gets results (stop me if you’ve heard this one before). He initially suspects DMX of being a crook, since he spots him snooping around some evidence locked up in an off-site facility. But it turns out DMX is actually running a sting on the corrupt badges. Clever of him.

How is DMX bankrolling this sting? Through his wildly successful Internet startup!

The guy’s a computer wiz. Started up a dot com out of Virginia called NineNinetyNine.com. “Anything you want under $9.99.” And he did great. Lucky bastard cashed out just before the bubble burst.

Even taking some of the ludicrous successes of the dot-com era for granted, how well would an e-commerce site that specialized in items costing $9.99 or lower do? 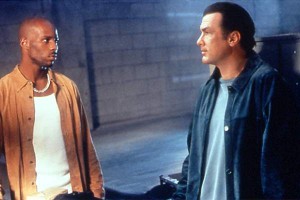 The BE operating system: lost in the Struggle.

Ultimately, DMX’s character Latrell Walker is not a genius because his get-rich scheme – NineNinetyNine.com – is a combination of luck and good branding. Nowhere in his business plan do we see the breakthroughs that characterized the tech bubble’s few successes, like Amazon’s long-tail marketing or Dell’s just-in-time inventory and negative cash-conversion cycle. His business is simultaneously too picayune and too outlandish to be considered genius.

Starfleet Engineer Montgomery Scott has been assigned to an uninhabited rock, somewhere near Vulcan, as punishment for testing out his theory of transwarp beaming:

Had a little debate with my instructor on relativistic physics and how it pertains to subspace travel. He seemed to think that the range of transporting something like a… like a grapefruit was limited to about 100 miles. I told him that I could not only beam a grapefruit from one planet to the adjacent planet in the same system – which is easy, by the way – I could do it with a life form. So, I tested it out on Admiral Archer’s prized beagle.

So apparently he doesn’t have all the kinks worked out.

For the three people who read this site who aren’t familiar with Star Trek, a short recap: starships get from one end of the galaxy to the other by warping, which lets them exceed the speed of light. Starships send people from aboard a ship to a planet’s surface, or to another ship, by beaming: breaking them down into a glittering field of light and reassembling them at the intended target. Transwarp beaming, then, would be a means to beam someone aboard a vessel that is already in warp speed. Not only would this revolutionize space travel, it’s essential for the plot, as Kirk needs to reunite with the Enterprise. 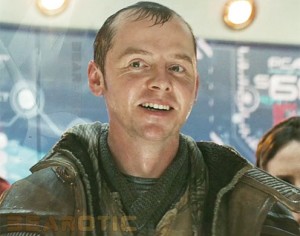 I trust this man with my molecular structure at supraluminal speeds.

Fortunately, Scott gets a hand from Spock – who comes from a future in which Scott has already discovered the secret of transwarp beaming. Spock copies out the last bits of the transwarp beaming equation. Scott looks at the equation in awe. “Imagine that! Never occurred to me to think of space as the part that’s moving.” He finishes his calculations and beams Kirk and himself aboard the Enterprise (though not before some slapstick ensues).

Is this an example of genius? It’s certainly revolutionary, even by the sci-fi standards of Star Trek. Sadly, though, we must conclude that it’s not for the following reasons:

In the world of miracles that Star Trek already inhabits, Engineer Scott’s miracle of transwarp beaming does not quite count as genius.

Yes, fine, you’re saying. But these are very artificial examples of “genius.” What if a movie tackled a type of genius we all recognized?