Four points don’t make a curve, but I hope my examples illustrate a trend. Hollywood has a hard time capturing the essence of real genius.

One theory: as mentioned above, genius is a hard thing to quantify. The creations of genius – the “Mona Lisa,” the general theory of relativity, Berkshire Hathaway – seem obvious in retrospect, but still esoteric and inaccessible. Creating not only a fictional work of genius, but the genius who created it, may be beyond the ability of art to display. Perhaps it succeeds only when the works of genius are kept off screen (e.g., Sean Connery’s novel in Finding Forrester, which we never actually read).

Another, more cynical theory: if Hollywood screenwriters were geniuses, they wouldn’t be writing films. This is a bit harsh, as geniuses get work in Hollywood all the time: Hitchcock, Goldman, Lean, Woo-ping, and the like. But if someone could compose an opus for Mr. Holland truly deserving of the name, they wouldn’t be composing for film – they’d be arranging for prestigious symphonies. Ditto breakthrough economics; ditto critically acclaimed novels.

Whichever is the case, Hollywood consistently fumbles the ball on this issue. Great movies can inspire us to heroism or charity or great feats of creativity. But genius remains that untouchable spirit, flickering by too fast to capture at 24 frames per second. 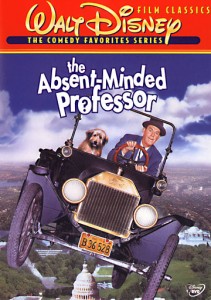