Our website's name is toooo looooong. 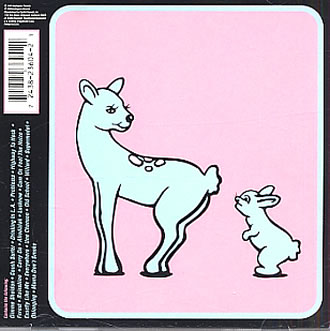 This is the first image that comes up on a Google Image Search for "glee." I think my internet is broken.

Far and away the most anticipated show of the fall is Fox’s Glee, a glossy musical about the misadventures of a rag-tag high school show choir.  There is much to overthink here, including:

• the show’s surprisingly radical social agenda, which so far seems to be pro-teen-sex, anti-childbirth, and anti-marriage

• whether they actually hired the production staff from Pushing Daisies, or just ripped off the show’s entire aesthetic

• the astonishingly convincing marriage of soap opera and music video, which makes me wonder why we ever put up with one of them without the other

• is it just me, or do we have some misogyny issues here?  Quinn, Sue, and Terri are all entertaining, believable, and well drawn characters (well, Terri maybe a little less so), but why are the forces arranged against the show’s heroes so overwhelmingly female?  Even the principal and the coach, who seemed like possible male villains in the pilot, got a lot more sympathetic in the second episode. Puck is still a total wad, though.  (Ah, Puck.  Good old reliable Puck.)  And credit where due, though, the main female protagonists strike me as strong characters, female, in the best sense of those words

• the racial politics, which seem to subscribe to the Scrubs strategy of “Let’s just make the cast kind of flamboyantly multi-racial without trying to hide our agenda, because hey, maybe being diverse for diversity’s sake is an okay agenda to have, but don’t worry Mr. and Mrs. Joe Six-Pack because the most important characters are all still totally white”

• the debt this show owes the High School Musical series, although I’m probably going to have to watch one of those movies before I really tackle that question, and possibly the debt HSM in turn owes to American Idol

• and last but not least, the innovative way that the aforementioned anticipation was drummed up.

I will be discussing none of these.  Instead, I’m going to focus on the big production number from the second episode.

So far, each episode has several minor songs and one epic, transcendent, like, freaking, audiovisual event at the end.  If they can keep this up… well, let’s just hope they can keep it up.  It seems like it would not be easy.

[Ed. Note: We can’t find YouTube video that Fox hasn’t found first. The whole damn thing will be available today on Hulu, once Fox airs the next original episode, so head over and watch it there.] 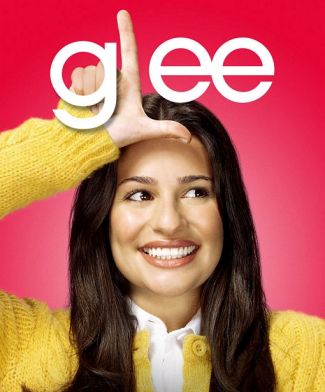 So really, there are three performances going on here that it cuts back and forth between, right?  We’ve got 1) Rachel singing on stage, into a mic, with backup singers and elaborate lighting, looking very made-up and professional 2) Rachel singing into a hairbrush in her bedroom, looking like she’s had a good long cry, 3) Rachel singing in the hallway of her school, in the process of having said cry.

It’s a pretty standard music-video setup.  But there’s a crucial difference.  In, say, a Whitesnake video, when they cut back and forth between Dave Coverdale rocking out on stage on the one hand, and Dave Coverdale riding a hippogriff with Tawny Kitaen on the other, the concert footage is the “reality,” the narrative section the fantasy.  But in Glee, this dynamic is reversed.  We’re not supposed to think that the onstage performance is an actual performance of the New Directions show choir.  And the section in the school isn’t reality either, because in Glee, unlike most musicals, when people start singing everyone else can always hear them.  This leaves us with that sad, sad shot of Rachel singing into a hairbrush.  This is reality. (Sad sad reality.) And of course the other two are what she’s imagining as she stares into that mirror.  I mean, her ambition as a performer is her main character trait, so what would she imagine to cheer herself up other than a triumphant performance?  And who among us, in a fit of high school angst, has not imagined screaming out our grievances to the people who hurt us?  Who among us was not listening to, and indeed singing along with, some angsty song or other while we did?

Out of all of Glee’s virtues, this I think this is the most important one:  it does not use original music.  My gut reaction to this was to complain about all the songwriters out there who aren’t getting the exposure they deserve because people are using Journey covers instead, but I’ve come to realize that my gut was wrong, dead wrong, as indeed it is in so many things. (Corn dogs for lunch AND dinner? What was I thinking?!)  For a show about the lives and loves of high school students, using existing pop songs is the only appropriate artistic choice.  Nothing could ring truer.

There is one missing element in the equation, though, which is Rihanna herself.  When high school students—or people in general, rather—rely on pop songs to give weight and validity to their emotions, they don’t make a clear separation between the song and the artist.  Maybe Rachel should have been imagining herself singing a duet with Rihanna instead of just singing with her fellow gleeks.  Or maybe she should have been imagining herself singing as Rihanna, although I’ve got no earthly idea of how one could put that on film without it looking ridiculous.

And this actually points to a slightly more general problem with the show’s use of pop songs.  They seem to want us to sever these pieces from their original performers and their original contexts, which I’m beginning to think is just not possible.  Look, I don’t care if they’re using the radio edit, isn’t there something very alarming about showing a pasty white high school teacher from Ohio dancing around with his students and rapping “I ain’t saying she’s a gold digger/ but she ain’t messin with no broke – broke – broke?”  Again, it’s totally believable that he would use the song to process through his marital difficulties.  But if he did, it would probably look something more like the way the guys in Office Space relate to gangsta rap, that is, more like an appropriation of a culture which is not his own, and one which he fundamentally does not understand.

But this is a minor quibble.  Glee—and the Rihanna number in particular—has me psyched for a busy fall schedule of tv-watching.  Check back in a couple weeks for my take on the premiere of Community, and some of my favorite returning shows.