Not to step on Matt’s toes, but this has been bothering me.

The Indiana Jones franchise has always been about searching for an artifact that is tied into a major world religion.

2) Weird glowy rocks : Hinduism.  Kiiind of.  While none of the Indiana Jones movies are going to win any cultural sensitivity awards, I suppose I really should pause to mention that Temple of Doom’s depiction of Hinduism is ludicrous and offensive, even if the bad guys were supposed to be a nutty fringe cult.  Still, narratively speaking, the rocks get the job done.

But then we get to the latest film…

And there’s just no reason to care about it.  It turns out that there actually is an old cryptoarchaeology fraud about some actual crystal skulls, but this isn’t very interesting because first of all, no one knows about it, and second, it’s, uh, fraudulent.  And you know what?  Third, we don’t care because they basically spend the whole movie in posession of the skull!  Dudes, you’re supposed to have to go find the thing. Don’t you remember how this works?

And let’s look at the subtle cultural bias here.  Jewish religious artifact?  Lays the righteous smack of JHWH down on some Nazis.  Christian religious artifact?  “But now being made free from sin, and become servants to God, ye have your fruit unto holiness, and the end everlasting life.”  “Hindu” religious artifact?  Well, it burns the hell out of Indy’s backpack, and you’ve got to imagine that the high priest’s heart-ripping-out mojo came from somewhere.  At any rate, they don’t try to explain away the weirdness.  But the vaguely Incan/Mayan/Aztec/What-Have-You religious artifact?  It’s just space aliens.  Would we have accepted a version of The Last Crusade where the grail turned out to be some kind of metaphor for a flying saucer?  I think not.  But the religious traditions of the precolumbian Mesoamericans don’t get the same respect, because they weren’t “true.”  I mean, obviously, or else their civilization wouldn’t have been wiped out by smallpox, am I right? Am I right, guys?  High five! *Sigh.*

Lucas/Spielberg couldn’t even be bothered to come up with an actual Aztec myth to bastardize. And that’s a  shame because the Centzon Totochin sound like they got down.

Almost as troubling as the ethnocentrism is the wasted opportunity.  I mean, they’d already done Christianity, Judaism, and Hinduism, so what’s left?  Is there a major world religion that they haven’t touched yet, that’s incredibly relevant to 2008 America, and that’s dominant in a part of the world where Archaeologists go all the freaking time?  Anyone?

You know what, actually, I can’t think of anything either.  It’s probably best they stuck with the Crystal Skull… there really weren’t any other options left.

(Pay no attention to the elephant in the room.) 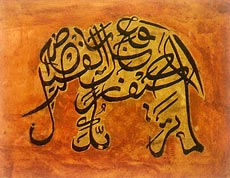