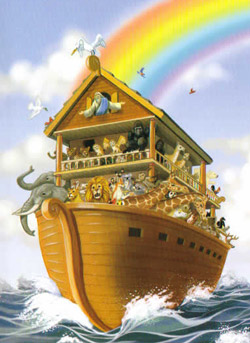 Roland Emmerich loves to destroy the earth. 2012 is his third disaster epic, after Independence Day and The Day After Tomorrow. But there’s one crucial difference this time around, and it’s not just the lack of the word “day” in the film’s title. In 2012, the leaders of the world know about the impending apocalypse. They have years to plan. But the plan they come up with is mystifying stupid. Basically, they keep the news very quiet while they construct a bunch of giant boats high in the Himalayas. This is largely financed by charging the richest people in the world one billion euros for tickets.

1. Why not just tell everyone? Evil bureaucrat Oliver Platt explains that there would be complete chaos if the truth got out. The important thing is to preserve the human species, and if everyone knows they are going to die in three years, there’s no way they can pull off the logistics of building and stocking giant-ass boats. There’s a certain logic to that. But I also think that if everyone knows they’re going to die in three years, then everyone would work really, really hard to prevent that. Think about how many giant boats could be built if everyone in the world was spending every waking moment welding? Not to mention, the extreme secrecy means that 99.99% of the world’s smartest scientists never even knew about the problem, much less get a chance to solve it. I’m not saying anyone could have stopped the earth’s crust from collapsing. But they could have tried, or at least corrected some of the dumber parts of the ark plan. For instance…

2. Do you really want to put all your eggs in one basket? The scientists are pretty sure that the end of the world will involve mind-boggling earthquakes, monster volcanoes, and tidal waves the size of mountains. That sounds like a pretty unpredictable situation. And of course, those predictions turn out to be completely wrong–it all goes down about eight years ahead of schedule. So given the circumstances, why would you build all your arks in the exact same place? (Yes, you cut down on cost with economies of scale, but nevermind that.) Even if your predictions are totally right, it seems like there’s a pretty good chance the site you chose is going to be destroyed, damaged, or rendered inaccessible (indeed, one ark is damaged in an earthquake). And if that happens, the entire human race is doomed. A better plan? Build an ark on every tall mountain in the world. That way, at least one might make it through the craziness. This also makes things way easier for the people who are coming onboard–you don’t have to travel around the world to get to safety. 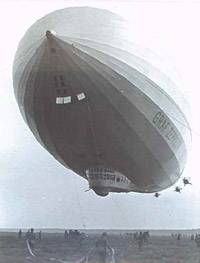 A much better plan.

3. Why boats? The scientists know that the eventual, final straw that will wipe everyone out will be a massive tidal wave. Doesn’t it seem like the best plan is to get off the surface of the earth entirely? A fleet of giant zeppelins would be nice. Instead, they build literal arks. How accurately could they predict the size of the wave they were going to be facing? And how accurately could they predict how a wave like that would act? Not to mention, they had no way of testing these arks–they might not even float, for all we know. They’re gambling the entire species (actually, ALL species) on their ability to predict what kind of tidal wave they will be hit with, and designing a boat that can ride it out. I do not like those odds.

4. Why can’t you start the engines until the door closes? This is a major plot point at the end of the film. The giant back door to one of the arks is unable to close (thanks a lot, John Cussack), and the captain explains that he can’t start the engines until it does. This almost leads to the death of one-third of the human race. Now ask yourself: can you think of one single vehicle ever designed that is completely unable to start its engines with the door open? Even a submarine can start its engines and submerge with the hatch open–it’s just not recommended.

I think there may be certain rides at Disneyworld that can’t start with the door open. That’s it.