Magneto: Where the only limitation… is Yourself! 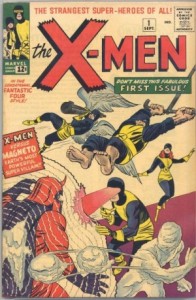 So, taking into account all that we now know, how can we justify Magneto’s apparently limited scope? It would be easy to explain it non-diegetically, to infer that a character like Magneto is intrinsically limited by the scientific fluency of his writers. However, this kind of thinking relegates our discussion to the realm of literary criticism, and we Overthinkers can hardly tolerate that.  No, for the sake of keeping it zesty, let’s  keep our arguments firmly diegetic, and assume instead that any limitation on Magneto’s powers be self-consistent with the universe in which he lives.

One explanation that has already been put forth on this site simply curtails Magneto’s abilities. If he is not (as he frequently boasts) the Master of Magnetism, but merely, say, A Dude With His G.E.D. in Magnetism, then that explains it.  And yet, I find this kind of argument disappointing. After all, Magneto is the most feared mutant on Earth, the most reviled adversary of the Uncanny X-Men. These characters have encapsulated themes of youth in revolt–against antiquated, entrenched social mores, against the allegorical pubescent confusion surrounding their own forms and abilities–in a way that no comic book characters had done before, and which few have achieved since. To hamstring their most powerful opponent, the man at the center of their most heartbreaking failure, in this manner, hardly seems to do any of the characters justice. 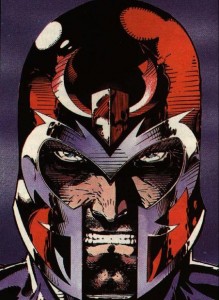 It’s possible, of course, that Magneto himself doesn’t fully understand the extent of his capabilities.  Of note, he spent a large portion of his youth in a Nazi concentration camp, and likely never received any formal scientific education.  This seems unlikely to me for three reasons.  First, in some regards all mutants’ abilities seem autonomic, i.e. without need for a formal academic understanding. Without training they may manifest in uncontrollable ways, but then so does (for example) our sense of smell. With proper training, one can learn to detect subtle components in a wine’s bouquet, but no one needs to understand the biochemistry of smell just to know that they’re able to detect odor at all.  Hence, while it might not be immediately apparent to him why he’s able to “feel” the magnetic moments of hydrogen atoms, Magneto’d probably be able to do it nonetheless.  Second, I think the cultural connections to his ancestral people probably emphasized self-education in the sciences, even outside the constraints of formal schooling. Hence, he probably picked the stuff up on his own after the war. Third, and most important, there’s this.  It seems unlikely that he’d name himself for a device that uses magnets to generate electricity, without knowing that he’s able to generate electricity.

So why, then, does Erik Lehnsherr find himself limited to the telekinesis of metal objects, the sabotage of electronic devices, and the occasional force-field?  To me, the answer is simple:

Magneto understands that his greatest power–even beyond the awesome might of Maxwell’s Laws–is the power he holds in the public consciousness.  Consider the way that magnets and electricity are commonly thought of in society, and the way that his power subverts this notion. As small children, we’re taught that the electric outlets in our house are wild, horrifyingly dangerous devices that should be respected from a comfortable distance.  We’re rapt in terror by the unbridled power of lightning.  And all the while,  we learn that magnets can hold our crayon drawings to the refrigerator door (N.B.: not if you slam the magnet on the floor a few times.  Then it loses its magnetism.).  Even later, we learn to see magnetism as an afterthought of electricity: we can make an electromagnet from a battery and a wire, assuming we’re not building more useful circuits with them. 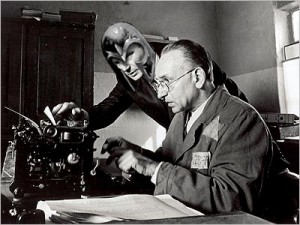 Magneto is a man who has taken the familiar, the docile, the seemingly meek, and has transformed it into a weapon to be respected and feared.   Without stretching the analogy too greatly, one can again see a hint of allegory for the Jewish people: they’re a group also once thought to be docile, seemingly meek, and now (for better or for worse) seen as a brawny, militaristic power that’s–if nothing else–feared.

For Magneto, this fear is most effective when his actions play directly to the audience’s preconceived (somewhat ill-informed) notions.  No super villain wants to find himself mid-diatribe, having to explain things.  Consider the following:

MAGNETO: At LAST you puny X-men shall yield to the magnificent might of Magneto: Master of Magnetism! Watch in horror as I raze your precious Humans’ beloved Franklin Mint to its very foundations! From this day forth, NOTHING will ever be guaranteed to increase in value AGAIN!

[MAGNETO lifts his arms towards the Mint’s doors, his concentration fixed, unwavering.  His eyes disappear amidst a pale-blue crackle as freakish tendrils of electricity begin to emanate from his fingertips.  With thunderous CRAKOWS, lightning bolts begin to stream freely toward the Mint’s metal frame.]

CYCLOPS: Whoa, whoa, whoa!  Hold the phone! Since when can you shoot lightning bolts?

JEAN GREY: Yeah, you’re not the “Master of Electricity,” Magneto! Stick to the script!

MAGNETO: Well, actually, the two properties are intrinsically linked, owing to the physical laws of…

BEAST: Who chatters on about physics while holding up the Franklin Mint? That’s just idle justification if I’ve ever heard it.

MAGNETO: Wha? Hank, you of all people… I figured you’d know about the Faraday Effect…

WOLVERINE:   I think Faraday Effect’s one of the Morlocks. Also, I’m in the X-men now, for some reason.  Hey guys.

MAGNETO: Look, the Faraday Effect is a fundamental law of the universe! It’s not a frackin’ supervillian!

MAGNETO: (sputters to himself inaudibly)

[THE WATCHER appears, to AUDIBLE GROANS]

THE WATCHER: Perhaps my mystical, all-seeing abilities can shed some light on the matter?

Remember: the goal here is fear, not confusion. And that fear can only remain effective as long as the intended audience understands what they’re supposed to be afraid of.  The sad truth is: as long as the public fails to really understand magnetism, Magneto will be forced to play to their ignorance. And in that regard, I guess, he’ll never truly be free.