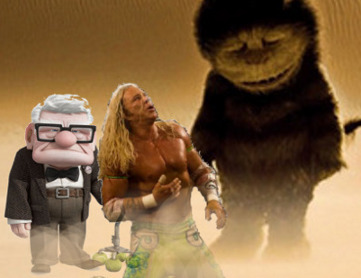 In “Wrestling with Wild Things, Part 1“, I promised to go through the 2009 movies that made me cry and break down why I broke down. But I first spent some quality time with the most recent of the bunch, Where the Wild Things Are, parsing what it’s about and how it works.

I’m glad we’ve got that out of the way, because it’s time to turn on the floodgates.

Today, we talk about why memories make people sad, the narrativization of loss, advances in clinical psychology, and why everything you think you know about therapeutic art may be wrong. Oh, and there are references to Star Trek V and Wing Commander. You know, to get everybody in the mood.

The Wrestler, Wild Things, Up, and the secret to happiness, after the jump.

No, that's not Spoilers. That's Rayquaza. Throw it back.

Each of the big 2009 tearjerkers had a main moment that prompted my tears – and from conversations I’ve had and things I’ve read, these moments are pretty well-chosen, even if they’re not exhaustive.

1. The end of The Wrestler, when Randy performs his signature Ram Jam leap from the turnbuckle, which probably kills him (the movie ends before we find out for sure, but we know he has a heart condition and will probably die if he tries this. To an extent, it doesn’t matter whether he actually dies, but he probably does.).

2. The expositionary time-lapse montage from Up, where we watch Carl and Ellie grow up and get married under idyllic circumstances, only to suffer a miscarriage (and subsequent inability to have children) and Ellie’ sudden illness and death just as Carl was about to give her the tickets to Venezuela.

The wage of sin and death they must pay for eating of the forbidden fruit of adventure – for daring to find and love each other.

3. The farewell from the island in Where the Wild Things Are, when Carol realizes that Max loves him and recognizes the consequences of the anger he has, until this point, struggled to understand.

These aren’t groundbreaking moments – in each case, the audience and the characters come to understand something really tragic about their lives. It’s basic Aristotelian catharsis. 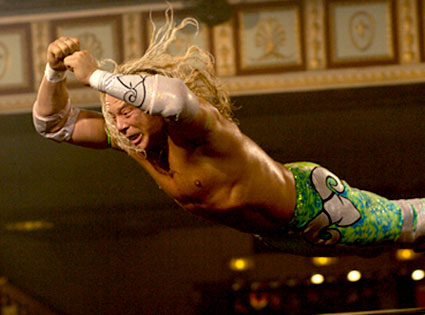 A few things, actually. But before we understand that, we need to talk about why memories make people sad.

Most of us, Care Bear intervention notwithstanding, have the freedom to do what we choose to do with our emotions. Their purposes are open-ended, even mysterious, as are, often, their origins. We don’t have to deal with them in any one way, and they don’t come from any one place. There are three main exceptions:

Children – Children have to learn from their emotions. When you have no previous frame of reference, you have no other choice but to learn.

Therapists – Therapists have to help you deal with your emotions to prevent or treat health problems.

I’ll refrain from taking on middle school girls for fear of their reprisal and the intervention of law enforcement.

And of course there are others (people who design the Evony ads and the single mom who learned one simple trick to turn yellow teeth white have certain plans), but let’s just consider the first two. Emotions serve an important role in learning, and emotions can be dangerous to your health to the point where you may require medical attention.

Maverick! Amygdala on your tail! 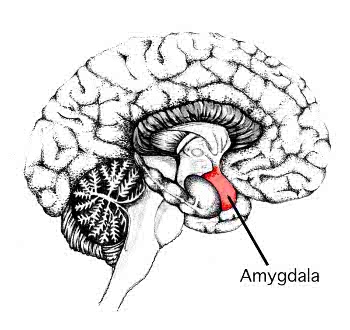 One major reason for both of these phenomena is the function of the amygdala, a part of the brain that is involved in memory and emotion. (I know I’ve written about it before, but it has to do with memory, so I’m going to write about it again – or maybe that was the hippocampus.) The amydala sorts out what it thinks it is important for you to remember based on how strongly you feel about it when you encounter it. The more emotional your response, the more likely to are to store that away, the more likely you are to have that memory or emotional response return unbidden in response to certain stimuli.

If you like to narrativize evolution, as fatuous as that can be (and you know I love narrativizing), think of early humanity as Link from the Legend of Zelda, brute forcing reality by trial and error. Between trips to the fairy for refills, Link wanders around the Overworld until

OH, CRAP,  I touch this statue and it comes to life and hits me!

OH, CRAP, I touch this gravestone and an invincible ghost comes and hits me!

OH, CRAP, I touch this blue lion dude who throws swords at me, and it hits me! (why did I do that, don’t I ever learn?) 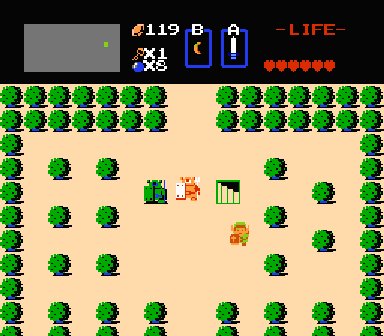 IT CHASES ME IN MY NIGHTMARES!

You sure do learn not to go around touching random crap, right? Diamonds may be “forever,” but nothing says “I’ll remember this tomorrow” quite like a swift kick in the nuts.

These strong emotional reactions are good, and they have saved a lot of lives. The stronger your emotional reaction, the more thoroughly you learn about something and the more it will shape your future behavior. I once stuck my finger in the light bulb socket of my family’s living room lamp when the bulb was out. ONCE.

And then Link gets a blue candle and attempts to set fire to every tree in the forest, walking back and forth into each screen between shots, looking for a subterranean moblins with a secret to everybody. When he gets to the second quest, he gets to push against every wall in every dungeon to find out which ones you can pass through.

Remembering every tree in the forest is unreasonable (although I could probably draw some screens from memory). So, the amygdala uses emotion to screen what to remember. When the candle doesn’t reveal a hidden staircase, there is no emotional response. But when it does work, there’s a big intenal “Yipee!” and you’ve learned a little something about the world.

When you come across the tree again, you feel the “Yipee!” again, and you remember what happened.

When you come across the lion dude again, you feel the “OH CRAP!” again, and you remember what happened.

When you come across the statues again, well, you probably touch them anyway and run around like a crazy person – but hey, Power Bracelets don’t find themselves.

The problem with this kind of learning arises when you have a really strong emotional reaction to something that is problematic or thoroughly overwhelming – like, say, a multiple fatality car crash, an up-close-and-personal assault or the Freddie Prinze Jr. / Matthew Lillard Wing Commander movie (too soon). The emotional “OH CRAP!” that goes along with it gets processed by your amygdala, and the memory of it can be burned in your memory for keeps, real serious-like.

This is a big part of what trauma is.

Or read more from… Featured, Movies, evolutionary psychology, grief and coping, legend of zelda, pixar, Pokemon, psychology, star trek, The Wrestler, Where the Wild Things Are