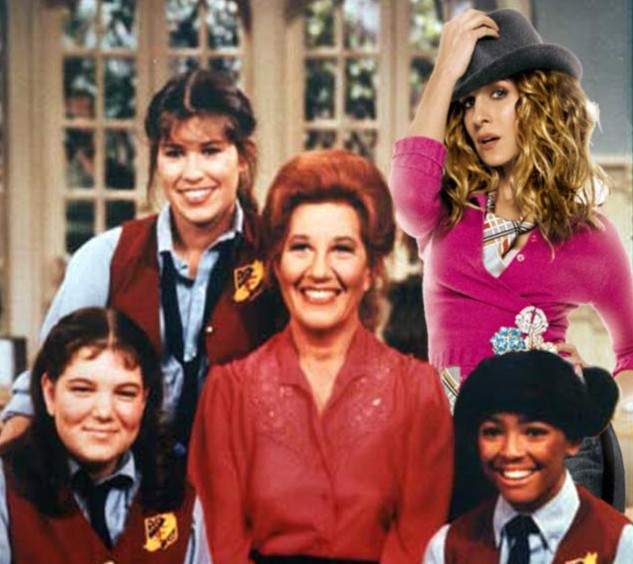 When George Lucas announced he was writing prequels to Star Wars, there was not a guy in the Galaxy whose pulse didn’t quicken a little bit. Today, the ladies get their own dream project to drool over (and maybe their own future huge letdown).

Candace Bushnell has announced she’s writing a series of young adult novels about Carrie Bradshaw’s high school years. It will be called “The Carrie Diaries,” but only because “Hey Gossip Girl, Hands Off My Money” was too long.

I won’t weigh in on whether the Sex and the City brand should be marketed to 14-year-olds. Compared to other young adult fiction, the books will probably be relatively mild. What I will do is figure out what we can expect.

1. THERE WILL BE LEG WARMERS: Carrie was born in 1966. That puts her high school years in the early 80s.

2. DON’T EXPECT LIL’ MIRANDA, CHARLOTTE, OR SAMANTHA TO SHOW UP: The series was always vague about when they all met, but it seems pretty clear it was post-college. For one thing, only Samantha knew about Carrie’s abortion when she was 22. That pretty strongly suggests her friendships with Miranda and Charlotte date from later. And Samantha wouldn’t have been friends with Carrie back in high school – the age difference is too great.

3. NEW YORK WILL STILL BE THE CITY IN WHICH SEX IS HAD: According to Wikipedia, Carrie moved to New York when she was about 17 years old. This could work well for the books. Maybe she started at a new school at the beginning of her junior year. She’s got to make the young adult equivalent of the hero’s journey (new girl to queen bee).

4. CARRIE’S FAMILY: We know shockingly little about this. Her dad left her family when she was five… but that doesn’t mean he won’t play some role in the books. The show never mentioned any siblings, which is not to say they don’t exist. Presumably her mom will be a big part of these prequels, but once again, she’s never really mentioned in the series. Personally, I’m hoping that Carrie’s mom is a lot like the other Carrie’s mom.

5. A SCENE TO LOOK FORWARD TO:

Charlotte: How old were you?
Carrie: Eleventh grade. Seth Bateman. His smelly rec room. Half a joint, three thrusts, finito.
Charlotte: Eew!
Carrie: And P.S.—it was on the ping pong table.

So basically, the introduction of Seth Bateman in these books will be like Anakin Skywalker showing up in Episode I. We’ll know the horrors the future holds, but our hero won’t.

6. THE EX-FILES: In one Season 6 episode, Carrie reconnects with a high school boyfriend, played by David Duchovny (now do you understand the clever title for this item?). Even though he’s in a mental institution, she feels a real connection, and even admits: “You know what the craziest thing is? I actually thought after everything I’ve been through, I might end up with my high school boyfriend.” She also says they never had sex in high school, so when he inevitably shows up in The Carrie Diaries, don’t expect a happy ending.

So what did I miss/screw up? Are there any other clues in the series as to what the teenaged Carrie Bradshaw was like?