WHY MODERN VAMPIRES ARE SUCH PUSSIES. 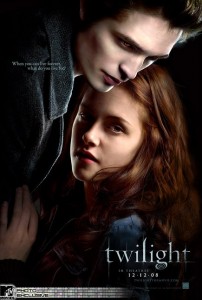 Again, it’s best to tackle this issue from the vantage point of the Middle Class’ collective unconscious.

America is indeed a deeply religious country, and the most popular of its many faiths is called Consumerism.  Most of us derive a sizable portion of our happiness, and connect with the world around us, from the consumption of goods, the anticipated consumption of goods, or by watching those bizarre “haul” videos that are so popular on the YouTubes.  Even the Evangelicals, the most outwardly pious of us, have simply adorned  their old Gods with Christian labels, and continue to worship consumerism Voodoo-style.  That’s why MegaChurches have gift shops, or, like, exist at all.  And, as far as I can tell, is the only possible explanation for this insanity.

Now, every religion has an angelic class, the beings that epitomize the faith’s central themes, and shine as glorious examples over lowly mankind.  In the faith of consumerism, angles are those people who can consume infinitely – hence, the rich.

So, it makes sense that, during the majority of the 20th century, the classic Vampire form remained essentially unchanged, and the Werewolf remained scary.  As the Middle Class grew, following the omnipresent (but infuriatingly unattainable) American Dream, their combined idolatry and resentment toward the angelic Upper Class remained a common characteristic.  This is encapsulated in the Vampire form–the indefatigable, aristocratic social leech.  Likewise, most of these people, their parents or grandparents understood the harsh consequences of the economy’s cyclic nature.  They’d survived a Depression, after all, and knew that anyone can be quickly dragged down from the comfort of the Middle Class to a “less civilized” status.  The Werewolf remained a Lupine reminder of economic stature’s fragile nature.

All of this gets completely rewritten in the early 1990s.  First, the major communist powers fell under the force of Capitalist competition.  Russia famously deflated, and ‘Communist’ China developed into a country with one of the world’s most formidable banking industries, a strong currency and heavy trading with the West.  Communism was supposed to be the ultimate workers’ revolt, the rise of the oppressed, unwashed (let’s say, Werewolf) masses to permanently usurp the entrenched power of the ruling aristocracy (… of Vampires). Russian propaganda was even festooned in populist, agrarian imagery, playing right into the metaphor.

And yet, it turns out that Vampires are hard to kill.

At the same time, a second trend was developing in the West.  Prior to 2007, Americans were enjoying a famously over-inflated access to wealth, both real and virtual.  With the unprecedented availability of cheap credit, almost anyone could buy the American Dream on margin: if we hadn’t worked ourselves into the angelic class through the sweat of our own brows per se, we could still attain their trappings.   We were tourists in the upper class.

As Americans used cheap credit to approximate membership in the Aristocracy, two things had to change about the consumer religion and its accompanying Vampire metaphor.  First, we no longer needed to worship the rich, seeing as–as far as we knew–we ourselves were rich.  Of course, we weren’t happy to just call it “mission accomplished” and settle down, but more on that in a moment.  Second, as the average American began less and less to resent the Aristocracy, and more and more to identify with him, those classic, cartoonishly urbane characteristics of the Vampire needed to go.  Even after attaining wealth, we’d realized we were still feeling, emotional beings, and so our Vampires made a parallel development.  Look at Buffy’s “Angel” and “Spike” characters in early seasons: other than being told that one has a soul while the other lacks it, what distinguishes these two characters from two normal humans, one nice and one an immoral prick?

In order to remain a cultural touchstone, Vampires needed to jettison outdated elements and adopt a more modern sensibility; they needed to remain a symbol of what was deeply desired, though deeply resented.  No more old white guys.  No more old people at all, actually.  Likewise, gone are the hooded tuxes, gold amulets and stone castles.  Say goodbye to the glowering, manipulative mastermind Vampire, the unfettered ruler of his dark domain.  In his stead, we got a character who embodies the West’s new unrequited longing: the true power wielded by the truly wealthy.  Yes, if our credit-frenzy had been a genuine class ascension, with our new-found wealth would have come new-found control.  And yet, infuriatingly, it was the same group of people calling the shots for society as it had always been.  The truly wealthy didn’t need to show it (as the faux-wealthy so often did), hence the Vamps’ caped tux is supplanted with those shiny stripey shirts I can’t afford.  The truly wealthy can afford a level of personal care few would dream of; they are, quite literally, better-looking that we are.  And of course, with the instinctive sense of entitlement that comes with owning the world comes a cool detachment in dealing with it.  Vampires are cool.  They’re young, sexy, every bit as controlling and powerful as before, but show it less.

What about Werewolves?  The very concept that we could lose our wealth was, prior to the housing market’s collapse, complete absurdity.   Moreover, as Middle Class society was already becoming progressively detached and anonymous, the fear of being expelled from it held little weight.  The werewolf became an archetype without a socially valid metaphor: his Great Workers’ Revolutions were failures, and the symbol of ever-present economic collapse was laughable.  This was not the beast of your undoing, he was the poor shlub who missed the Everybody-Gets-Rich boat.  He’s a pitiable, sympathetic character, not an object of fear.  If you watch Underworld: Rise of the Lycans–and I thoroughly advise that you don’t–you’ll see what I mean.

I suspect the next few years will be a fascinating case study in how these archetypes further develop.  Since the economy’s down the pipes, and the gulf between real and imagined wealth has been thrown into stark contrast, it’s tempting to say that life will simply return to its pre-90s state.  Perhaps it’s no accident that this is happening in the current economic climate.  But I wonder if we can really go back, having tasted the life we longed for.  Maybe we’re no longer a society ruled by our yearnings for the unattainable and fears of the inevitable.  Perhaps we’ve become a society that feels entitled to regain what it’s lost, one which held indescribable wealth in its hands and watched it turn to dust.  Now, all we wish is to rise from the dead, take back what is ours, and with it the true power it’s embodies.