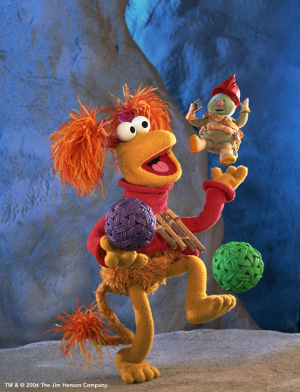 Amazingly, more effed up than it looks.

Well, there are a lot of reasons for that last one (the relationship between Doozers and Fraggles is the creepiest thing I came across as a child, bar none), but growing-up stories are relatively easy to do well. They lean toward being insightful, funny, motivating, compassionate and inspiring.

There’s a natural narrative to it — a beginning, a middle and an end. There are changes, important choices, irony, setbacks, triumph, discovery, despair, sex, violence, conflict and even happy endings. Growing up brings with it all the elements of marketable drama.

Why do Can’t Hardly Wait or Fast Times at Ridgemont High end with those “This is what happens afterward” subtitles? If this information is important to the story, why do they tell us and not show us?

Well, what would be the point? Even if it’s important, why would you want to watch it?

Growing up stories (I love to use that word Bildungsroman for them) have points. Growing up itself has a point. Puberty has a point (as about 48% of Americans have found out awkwardly in math class). It’s never acceptable or desirable — or even really possible, provided you remain in decent health — to fail to transition from a child to an adult during a certain point in your life, whatever that means to you. It is a goal set for you, not something you must decide to do yourself.

Upon entering adulthood in earnest, perhaps after a brief respite, it is easy to become obsessed with the growing up of others — to dedicate yourself to helping others grow up, to live vicariously through others growing up, to lose your adult self in children and teenagers, to watch Gossip Girl.

This is also why so many good songs are written about drug addiction. Drug addiction has a point; you want/need more drugs. If you’re not addicted to drugs, that’s its own good news. But there’s also some bad news: 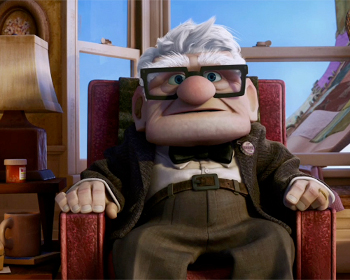 Watching Matlock can be the point of your life, but it's always optional.

Because — and I hate to break it to you — after you grow up, barring kids, your life doesn’t really have a point anymore.

Not an inherent one anyway — not one that is manifest in great physical and emotional urgency. Not one that informs everything you do and every thought you have. Not one that brings its own screenwriting team. Your life’s easiest path to a readily narritivizable purpose is not to be walked by your feet, but by those of someone smaller.

This is not to say adult life has no meaning without children. Just that, if you don’t have kids, or after they grow up, the subjective adult life doesn’t come with a point that is obvious, consonant and mandatory, as much intrinsic as extrinsic, and as much provided to the one experiencing it as by it.

Nope, after you grow up, after you learn what you need to learn to be an adult, after you’ve gone through your sundry rites of passage and come to terms with the world, after you’ve beaten Valley, pranked the dean, succeeded in business without really trying and revealed your true gender to your best guy friend in the back room by pulling apart your ill-fitting man clothes and lambasting him with your late-night-cable femininity, there’s a block of time you get to use doing pretty much whatever you want before you die.

He knows a little something about pointlessness.

It tends to be pretty open-ended. It probably won’t have much of a plot unless you force it. Few people are going to want to make a movie about that when they can just tell the story of another teenager (or somebody somewhat older playing a teenager and doing all the same stuff, like Luke Perry in 90210 or Charlie Sheen in Two and a Half Men — prepare to have your mind blown: the half-man isn’t the chubby kid, it’s Charlie the Man-child).

I should clarify, this is no reason to be depressed. There is a lot to be said about the Good Life, and that it would make a Good Movie is perhaps not one of those things.

Still, especially for people hooked on narrative, the existential burden of not having a point in your life can be crushing, and the philosophical implications of it boggle the mind. The challenge it poses – not just to bemoan it, but to add something to supplant what is missing (other than heroin) – lead to our greatest and most difficult works of art. Here I am talking about the intrinsic pointlessness of adult life again, and looking to art in the source for meaning. Two and a Half Men isn’t that good.

After the voice cracks and the first kisses, after the thrown mortarboards and the sitting at the feet of the mentor and defeating David Bowie in a psychedelic stairway-off, there remains this paralyzing, paralyzing question.

It’s the question that Paradise Lost brings us to, and the question Carl Fredriksen confronts close to the beginning of Up. (my words, not words from the movie)

As the Ferrett pointed out in his great guest article, when Russell and Fredriksen set foot in South America, it is no forest primeval — Paradise Falls spills from a broad rock face, haunted by history and teeming with ravenous dogs.