The Limits of Common Sense, or, Why One Might Tie Ten Thousand Balloons to One’s House 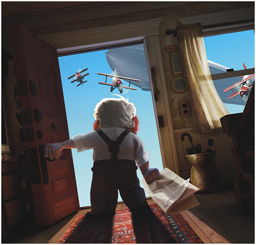 Common sense: Always use biplanes when attacking the elderly at home. The extra lift and maneuverability is worth the loss in speed. Zeppelins are also good.

“Therefore what he gives . . . to man in part
Spiritual, may of purest Spirits be found
No ingrateful food: and food alike those pure
Intelligential substances require
As doth your Rational; and both contain
Within them every lower facultie
Of sense, whereby they hear, see, smell, touch, taste,
Tasting concoct, digest, assimilate,
And corporeal to incorporeal turn.
For know, whatever was created, needs
To be sustaind and fed.”

“What now?” is about where common sense breaks down. Once the point is gone, reason is often soon to follow. Fight Club hits that mark as well as anybody, when Tyler and the narrator discuss meeting their fathers and asking what they should do with their lives. But Fight Club is one of those pieces that offers problems, but not solutions. Pieces that really tackle “What now?” make progress – they manage to advance against that intractable question.

I’ve talked a lot recently on the blog about how art is about what things mean, and that no field but art gives meanings to things. Explanations, sure, analysis, sure, forecasts, hypotheses, classifications, terminologies, even values, granted. But meaning lives in the experiential, subjective space on both sides of our senses, and it is much easier to create it or demonstrate it – through art – than it is to discuss it systematically. Discuss meaning systematically without incorporating art, and you run into a lot of brick walls (See? “Brick Wall” means something, and that turn of phrase was more artsy than substantive).

A fancy way to talk about the limitations of common sense is to start talking about “dialectic.” Talk about the rules, restrictions and mutual assumptions that people share when they start arguing about things. Talk about how any framework for explaining something always suffers from internal interference, contradiction or limitation. If all your discourse comes in the form of argument between two viewpoints, you will have imported into your understanding of the world the idea that things have two sides, which is just an invention. It’s not true. 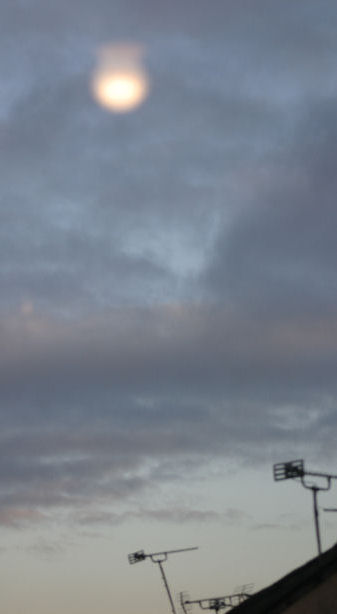 Check out http://www.alexnolan.net/articles/ufophotos.htm to find out how this picture was faked.

Epistemology stultifies discourse, and so many arguments devolve into semantic squabbles, that it often seems hopeless to try to make headway against the “What now?” question. Come up with an answer, somebody will shoot it down – or you’ll have to shoot it down yourself. If you think you have your handle on something that cracks it, you’re probably just either begging the question or falling for a trick of the light, because it isn’t really crackable. It’s not a problem to be solved – even saying that introduces confounding dialectical elements.

But art, art can attack it, because art gets to play with epistemological limits in ways that more strictly constrained dialectical discourse cannot – provided the artists have sufficient facility and skill, and, most importantly, the necessary subtlety and specificity. When wandering into this sort of territory, demanding easy or vague answers is a sure way to hold up any progress (and also to undermine the efforts of artists to broaden overall human experience, and also to miss out on a lot of cool stuff).

Milton was marvelous at this. Whenever I read Milton, I feel like I’m making progress against areas of ignorance. Not mapping them, mind you, but progressing. Once you get to a certain point in adult intellectual life, a lot of the best stuff gets stuck around the margins.

Up also does this well – and, again I want to resist laundry listing similarities, because I really think is essential to how the two pieces work, to understanding how Up functions as a piece of art, and to get the most out of watching Up. So perhaps I will pull in another work of art as contrast.

Up gets close to what I like to call (and/or just coined – you be the judge!) the “Theoden trap,” named after the King of Rohan in the Lord of the Rings.