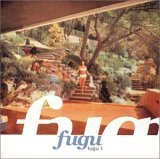 Fugu is a pretty outstanding band, you guys! Although that might stretch the definition of the word band: Fugu is basically the French multi-instrumentalist Mehdi Zannad and an enormous rotating cast of studio musicians. Track and links after the jump.

Their 1999 album Fugu 1 is a set of lovingly polished chamber pop gems, where harpsichords and flugelhorns burble contentedly next to electric guitars and tambourines. 2006s As Found is more straightforward in its arrangements but more ambitious in its songcraft, channeling Paul McCartney this time instead of Brian Wilson. Each CD has a couple of immediately stunning tracks (‘The Best Of Us,’ ‘Grand Celesta,’ ‘Here Today,’ ‘She’s Coming Over’) and a slew of others that improve on each hearing. If you wanted to buy a CD this month, I couldn’t reccomend either of them more highly.

But for some reason, Fugu hasn’t really caught on, at least in America (Although judging from the youtube videos linked above, they are huge in Thailand and in, uh, InuYasha slideshows.) You can’t even buy As Found in stores: you can either shell out $30 for a Japanese import version, or settle for iTunes’ less-than-stellar sound quality. Which brings me back to my question: why the hell isn’t everyone listening to Fugu? And I’m not asking that just because I think everyone else should like all the things I like, although obviously that’s part of it. It’s just that Fugu would fit SO PERFECTLY into a particular corner of the music nerd universe. Please, could someone get Fugu 1 into the hands of Wes Anderson or Sofia Coppola, so that Mehdi Zannad can become an underground sensation, and we won’t have to wait another seven years for the next album?