Are things finally starting to stabilize on The Good Place?

At the end of the last episode, Michael joined Team Cockroach and agreed to start taking ethics lessons from Chidi. This episode found him… still on Team Cockroach, and still taking ethics lessons. Which makes this the first episode since the next-to-last episode of Season 1 that didn’t radically alter the show’s basic premise. Maybe this is what the show is going to be going forward — and if so, it’s interesting how close the dynamic is to Season 1. The cast is still trying to become better people so they can earn spots in the good place, it’s just that now everyone’s on board with the plan (except Vicky, obviously). 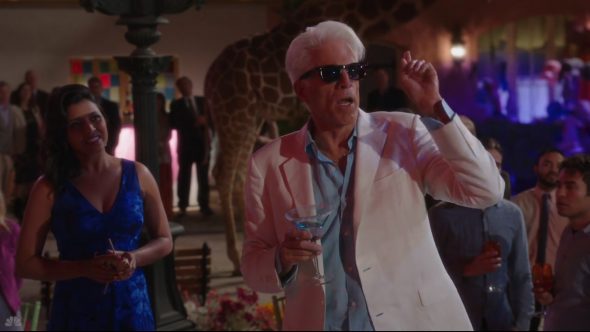 But there are some differences, too. Eleanor no longer needs to be convinced to try to be better. Instead, the reluctant student is Michael, who has already read and rejected everything on the syllabus. Chidi quickly figures out that this is because Michael is immortal:  human ethics wouldn’t mean anything to an timeless being. So step one in Michael’s moral education is convincing him of his own mortality. This triggers a (hilarious) existential crisis, which in turn triggers an (equally hilarious) mid-life crisis, and then Eleanor and Chidi have to run around keeping cool-hair diamond-earring Michael from blowing everyone’s cover. Meanwhile, Vicky and the demons torture Tahani by throwing a really great party, which works well enough that she ends up sleeping with Jason.

There are a handful of interesting philosophical points in this episode.

1. Jason is too dumb to have an existential crisis, or even really to recognize one:  instead, he assumes that Michael “snorted a whole bunch of printer toner.” He also has a ton of fun playing with the monkeys and kangaroos at Vicky’s party. Surely there’s a connection, here. When Michael starts trying to ignore death, he basically turns into a dirtbag. (Drakkar Noir is a really, really specific cologne reference.) Jason is a dirtbag by nature:  death can’t harsh his vibe, and neither can the knowledge that he’s being tortured by demons in hell. He’s going to go get in that kangie’s pouch, yo!

2. Earlier, I said that Eleanor has turned into a better person. Hold up:  how?! They keep wiping her memory! If we are just the sum total of our experiences (which is the materialist theory of mind that most people work with), then she should be resetting to asshole every time they reboot the system. The whole premise of Chidi’s ethics lessons is that you can become a better person by piling up knowledge. But those piles keep getting swept away! How many times has Eleanor had to re-read Kant? (Talk about torture!) 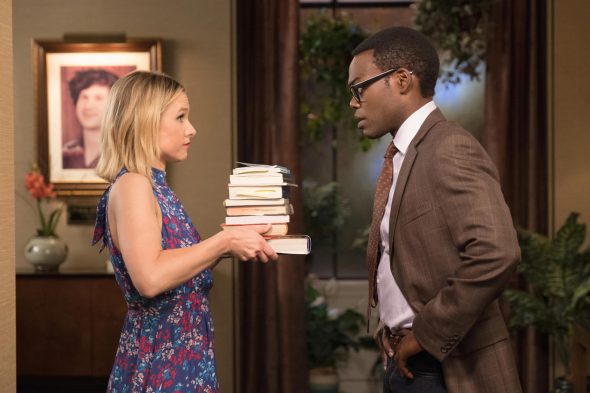 Of course, you don’t have to think that we’re just the sum of our experiences. Like, say you believe that people have souls, and that the soul is the seat of morality. In that case, Eleanor can still become better. The ethics lessons could even help, depending on the metaphysical details. Like, say that your soul is kind of like a muscle, in that it gets stronger when you exercise it. Eleanor reads a bunch of ethics, and sort of half-heartedly does a bunch of good things because of what she read. Then Michael wipes her mind, and she forgets everything she learned — but her soul is still that much stronger. Eventually she might get strong enough that she’ll be a good person without reading any ethics!

This is speculation. But it’s consistent with the world that the show is showing us. The common-sense, intuitive, and more or less materialist theory mind that I laid out in the first paragraph is NOT consistent with the world — so, as far as the show is concerned, we have to abandon it. The Good Place is going to keep running into these problems — if you’re going to write a supernatural show about philosophy, your world-building is going to end up answering some of the questions that you wanted to explore.

3. This is a bigger problem when it comes to the episode’s central theme, which is that death makes our lives meaningful. This doesn’t make a lot of sense to me, but is apparently a major theme of Todd May’s Death, one of the philosophical texts that’s name-checked in the episode, and I can kind of see some of the arguments for it. Like, suppose that I steal something, and then as punishment I have to spend two million years stuck head-down in a vat full of ravenous leeches. And then suppose that after the first million years of this, you have to introduce me to your friend at a cocktail party. Are you going to think of me as “Jordan the thief,” or as “Jordan the leech guy?” I stole something ONCE. I’ve been in the leeches for a MILLION YEARS, and tomorrow I go right back in the leeches for a MILLION MORE. Which of these facts will tell you more about who I am? And then, since I know that I’ll never really be “Jordan the thief” in any kind of permanent way, am I really going to have any moral hangups about stealing? And good deeds are equally pointless. If Tahani’s immortal, then she can’t devote her life to charitable fundraising. Even if she spends a thousand years doing that, once she stops she’ll have an INFINITE number of years to spend doing something else. Eventually she’ll become “Tahani, the cat lady who dabbled in fundraising for a bit in her youth.” (Of course she could keep doing charity for-literally-ever, but she’d still have to live with the horrible knowledge that it might occur to her to stop tomorrow. The crushing weight of that infinite possibility would taint our every joy. Or so goes the argument.) 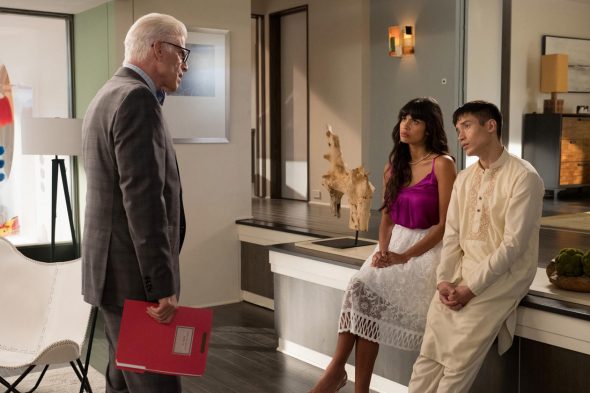 So Michael’s newfound mortality is key to his moral education. Fair enough. Do you see the problem yet? It’s a pretty big one.

Death, according to Todd May, is the cessation of all existence. When Eleanor is explaining the concept to Michael, that’s how she frames it too. Everything else will continue to exist, but there will be no Michael. That’s what triggers his panic. And that is the concept of death which (again, according to May), is necessary for us to have meaningful lives, morality, etc. etc. But here’s the thing:  Michael is not the only immortal being on the show. Eleanor is immortal. All the humans are immortal! They’re in for an eternity of torture, or an eternity of bliss. Cessation is not an option. So how can their lives have meaning? How can anything they do have ethical stakes?  For such a smart show, I feel like The Good Place stumbled into a jarring contradiction here, and you’d think that Chidi would have noticed it.

Horrible Things Eleanor Did While Still Alive:  None, but her mother is looking pretty bad in this one.