Once you get past the ghosts and the slime, 1984’s Ghostbusters is largely the story of a small business that takes huge risks and struggles before succeeding in a big way. 2016’s Ghostbusters does not tell that story. This is neither a good or bad thing; it’s just a statement of fact. That said, the two movies’ differing attitudes to business and profit reveal a huge shift in economic politics and reflect our current era’s discontents with capitalism.

“If there’s a steady paycheck in it, I’ll believe anything you say.” 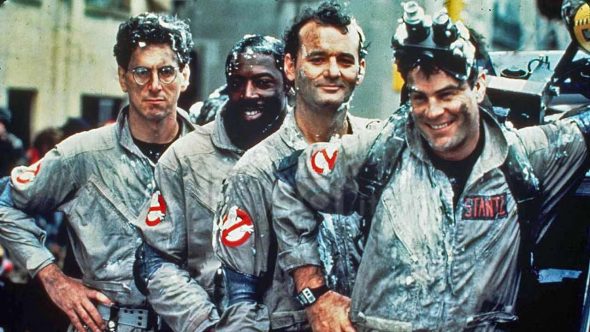 First, a brief refresher: 1984’s Ghostbusters is full of specific details about how much it costs to start and operate a business, and the cash needed to cover those costs:

Beyond these specific references, there’s plenty of business talk throughout the movie. Venkman wants to get rich through lucrative franchising revenue. Stantz fears being held accountable in a private sector job. The fledgling business runs out of petty cash right before their first job. Winston is hired to help meet the growing demand for ghostbusting services, and he makes clear that he’s only in it for the money.

“Ghosts from Our Past: Both Literally and Figuratively: The Study of the Paranormal” 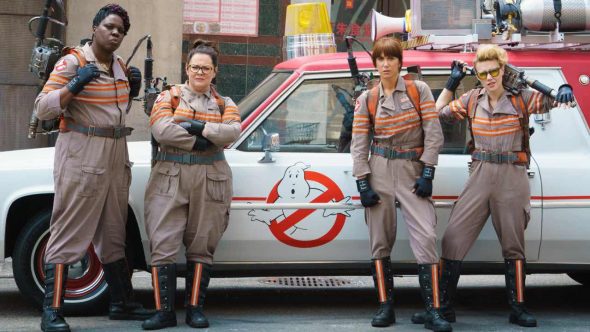 2016’s Ghostbusters is a different movie with a different attitude towards business. Beyond the $21,000 month rent for the firehouse building, we see few details on either the profit or loss side of the ledger. Patty Tolan leaves a union job with the MTA to join the Ghostbusters, but her salary or compensation is never mentioned. They weren’t even paid for their first successful ghostbust at the heavy metal concert (at least on-screen). Finally, at the end of the movie, the Ghostbusters secure government funding to finance their operation, but no one ever mentions how much, for how long, or what services are expected in return.

These aren’t errors of omission; they’re intentional. The new Ghostbusters see themselves as more of a research endeavor than a business. They submit to calling themselves “Ghostbusters” only after they fail to get their far less commercially viable, but more scientific-sounding, name to stick. They put up fliers around town and design a logo, but they don’t run TV advertisements like the old Ghostbusters. They understand that they need resources, but they don’t talk about wanting to get rich. 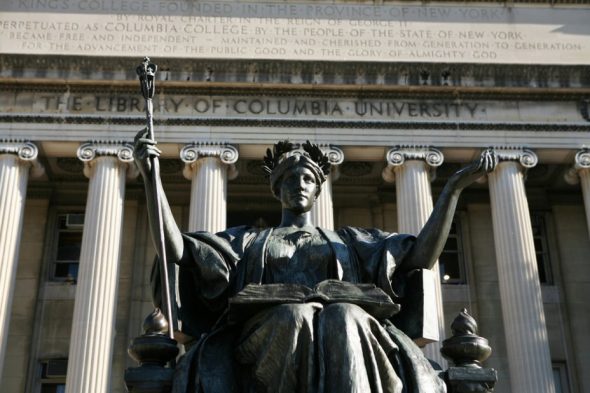 Columbia COULD have been the home of the Egon Spengler Institute for Paranormal Research, but nope, they missed their chance.

They’re not motivated by profit; they’re motivated by burnishing their reputation for scientific discovery and achievement. Both the old and new Ghostbusters got kicked out of research institutions filmed on Columbia’s campus, but only in the new movie is Columbia mentioned by name. Ray is briefly bummed out about losing his cushy academic job, but Erin is really torn up about being denied tenure. The new Ghostbusters strongly identify as scientists and spend a lot of time worrying about their reputation, both in the public discourse of YouTube comments and with the scientific establishment, as represented by Martin Heiss (Bill Murray’s cameo character).

“That stuff went everywhere, by the way. In every crack”

So what do we talk about when we talk about the new Ghostbusters’ lack of profit motive? Is it gender politics? For practically everything else about this movie, the answer is probably yes, but in this case, we’re looking at a movie that reflects the post-capitalist liberal politics of the moment, in stark contrast with the Reagan-era capitalism of the original.

In the 1984 movie, not only did the plucky entrepreneurs seek profit at great risk, they did so under fierce opposition from a government regulator (the EPA) who tried to shut them down. This was the politics of Reagan-era capitalism, which valued the free market over pretty much everything, especially government interference of any kind.

Fast forward 32 years. Different versions of this economic policy (combine with non-free market government intervention in favor of corporate profits) gave us increased overall wealth, but also a widening income gap. Technological advancement and globalization have increased productivity, but at the expense of middle-class, blue-collar American jobs. There’s a growing sense that our traditional labor market may not be viable for much longer.

If that’s the case, what could replace it? Some economists have theorized a “reputation-based economy,” in which society is wealthy enough to provide for everyone’s basic need and no longer pays workers with money. Instead, they’re compensated with reputational capital. Basically, what we see in the Star Trek universe. Here’s the author of the book Trekonomics, Manu Saadia, describing such an economy:

In 2016’s Ghostbusters, no one is concerned about making ends meet or paying the bills. Patty, who left behind a middle class government job, seems to be on equal footing with Erin, who was pulling down six figures as a tenure-track faculty at a prestigious Ivy League school. They’re in it for respect, not cash. And yes, generous government subsidies enable them to pursue scientific achievement without worrying about generating profits. 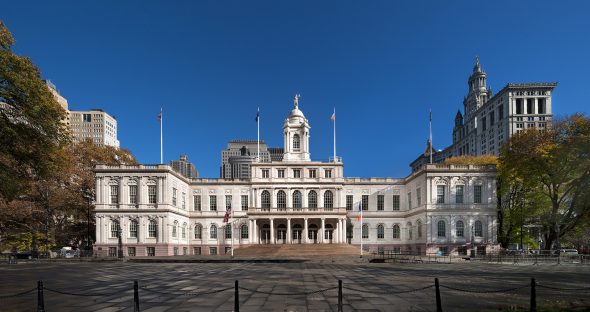 Which leads us to the other way that the new Ghostbusters rejects traditional capitalism: the new movie comes out strongly in favor of government support for essential public services. If you follow the 1984 Ghostbusters’ business plan to its logical conclusion, they’d abuse their patent-protected monopoly on ghostbusting technology to charge exorbitant rates for their services. In 2016, though, the government (New York City? Homeland Security? It’s really unclear) recognizes the public value of ghostbusting and invests appropriately in it to maximize the public good of their service.

A Tennessee woman slipped into a coma and died after an ambulance company took so long to assemble a crew that one worker had time for a cigarette break.

Paramedics in New York had to covertly swipe medical supplies from a hospital to restock their depleted ambulances after emergency runs.

A man in the suburban South watched a chimney fire burn his house to the ground as he waited for the fire department, which billed him anyway and then sued him for $15,000 when he did not pay.

In each of these cases, someone dialed 911 and Wall Street answered.

Ghostbusting in 2016 isn’t a business. It’s a scientific research endeavor, and it’s a public good. And that’s OK! There are plans for future Ghostbusters movies, some of which may take a more profiteering approach to the craft. Silicon Valley venture capitalists could seek to disrupt the manpower-heavy traditional ghostbusting model with ghostbusting drones and self-driving Ecto 1’s. The research endeavor could commercialize its scientific discoveries in non-ghostbusting ways, like dumping garbage in another dimension. Ghost insurance, swaps on the insurance, collateralized ghost obligations–the sky’s the limit!

But for now, we have two visions of Ghostbusting that differ vastly in their approach to economics. The world is big enough for both of them, and then some.

The Ghostbusters Box Set, New from The Overview