You step into your favorite karaoke joint. You flip through the book, and you see it. There’s never been a more perfect karaoke song for you.

But why? It might be one of three reasons:

In the language of marketing, these questions correspond to psychographic profiles. They define what kind of karaoke singer you are.

A person who enjoys comfort and family and home is likely to respond to different products and marketing messages than a thrill seeker who values adrenaline and adventure. Overthinking It itself is arguably organized around the psychographic of people who enjoy fun entertainment and value deep analysis.

Magic: the Gathering, for those who aren’t familiar, is a two decade old trading card game. Players collect cards sold in randomized packs, combine them into decks and play the game in groups or one-on-one. In the world of the game, the cards represent spells cast by wizards. Players summon dragons and shoot lightning bolts, or try to stop the opponent from doing the same.

One of the things that accounts for Magic’s enduring success is that it is, in a sense, many different games that appeal to many kinds of players.

Mark Rosewater, current head designer for Magic, writes a regular column called Making Magic for the Magic website about design theory and practice. In a famous article, he introduced a set of psychographic profiles for Magic players that have been widely embraced ever since as a tool of self-identification by the Magic community.

We each have an inner karaoke wizard—and the three Magic psychographic profiles map to the three types of karaokists. Let’s meet them: 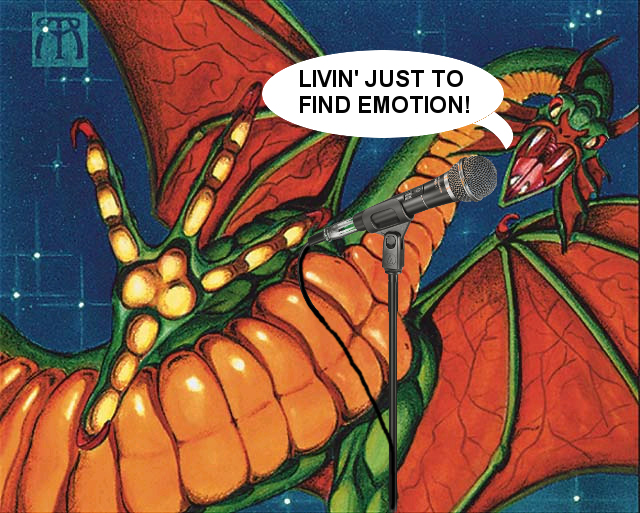 Timmy, in Rosewater’s formulation, is a player who plays Magic to experience something. Usually in Magic this takes the form of big powerful effects that come with big, powerful feelings: dragons, armies of zombies, or massive explosions, to name a few. Competitive Magic can often be a game of tricky mathematics and meticulous accumulation of mechanical advantage. Timmy doesn’t care about that.

Timmy cares about, to paraphrase a different card game, Being an Effing Wizard.

Tommie is Timmy’s non-gender-specific karaokist sibling. Tommie sings to feel something. Tommies aren’t all that concerned about the audience. They want to lose themselves in the music, the moment, to own it and never let it go (Go!). The beginner Tommie is most likely just to pick a favorite song.

That isn’t to say that Tommie is blind to the fact that not every great song on the radio is a great song on the karaoke mic. A more experienced Tommie will probably not pick that song with the endlessly repetitive chorus. What separates Tommie from Spike is Tommie isn’t worried so much about the audience getting bored-Tommie is more concerned about his or her own boredom. Tommie also isn’t that concerned about whether a song is played out on karaoke.

If Tommie is feeling “Piano Man” tonight, you’d better hope you’re in the mood for a melody. Because he’s got himself feeling alright.

The Magic Spike is the tournament player, the player that plays in order to prove something. Spike wants to assert dominance. All players play on some level to win, but Spike sees the world in win percentages. Spike cares about magnifying and exploiting every advantage in order to drive toward the only thing that matters: victory.

That’s all well and good for a game, but what does it have to do with singing?

There’s no winners or losers in singing, are there? Karaoke Spikes might beg to differ [As would some karaoke contests! -Ed.]. Spike is, to borrow a term from other gaming, a min-maxer. Spike wants to maximize his or her karaoke resources to impress the audience as much as is humanly possible. While Tommie is focused on the experience of singing, Spike is focused on wowing the listener.

That means making charts of the perfect karaoke songs. Long-time Overthinking it readers will know something about that. It also means coldly evaluating Spike’s own capacities. If Spike is damn good at something, Spike will find a way to turn that into karaoke glory. If Spike can hold a note till doomsday, then “SpiiiIiiiIiiiIiiike will always love you.”

If Spike’s singing chops aren’t enough to be impressive, Spike will find an alternate route to victory. Spike is the one who will memorize a fast talking song like “It’s the End of the World as We Know It (And I Feel Fine)” or “Three Weeks” in order to impress the audience with something other than raw singing talent.

Unlike Tommie, Spike’s own musical preferences are secondary at best. If Spike can get the whole room rocking with a song Spike despises, Spike will build that city on rock and roll. Spike is also concerned with karaoke cliché if and only if the audience seems likely to care. The standards are standards for a reason, says Spike, and if the audience isn’t going to roll their eyes, Spike would think you a fool to give up their ancient wisdom. 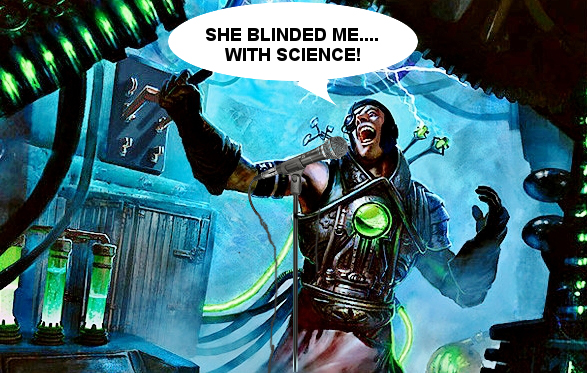 Johnny is the Magic player type who gets the most use out of the customizability of the deck building game. Johnny plays to express something, usually through creativity. Johnny doesn’t just want to win—Johnny wants to win in a way you’ve never seen before. Anyone could win the game by just summoning monsters and attacking the opponent with them. Johnnies are the mad scientists who want to win by torturing the game rules into infinite loops, or fielding an army of squirrels instead of soldiers just because he can—Johnny likes using cards for purposes their designers never fathomed, combining cards in new and interesting ways, or winning with the cards that everybody else thinks are weak.

Jody likewise is looking to express something up on the microphone. Not the emotions of the song itself—that’s Tommie territory. Jodies wants to show off by what songs they pick, to show off cleverness and uniqueness. Jody is that person who raps “Ice Ice Baby” over “Under Pressure” or is super psyched to see that Rebecca Black’s “Friday” is in the book. Jody is less about impressing the audience with an awesome musical experience (though that can be part of it) and more about impressing the audience with an awesome idea. Spike wants the whole bar to sing along. Jody wants people to laugh as soon as they figure out what’s going on.

Like Spike, Jody isn’t overly concerned with his or her own favorite music—just what’s clever. Unlike Spike, Jody is opposed to singing standards. Jody wants to impress you with song choices—which just isn’t possible if it’s the same songs everybody picks. “In Praise of Obscure Karaoke Songs” on Overthinking It might as well be the Jody Manifesto.

Which witch or wizard?

Ok, why does all of this matter, other than to provide an excuse to slap microphones in front of fantasy creatures? In Magic, the psychographics were developed in order to help the people making the game cater to all of their audience. But in the Magic community they’ve become a useful tool to help players understand themselves and each other. If you know you are a Spike and see a flashy “Timmy card,” you know that card’s probably not for you. It makes it easier for you to recognize the kinds of cards or decks you’d enjoy playing so you can play with them more.

For karaokists, recognizing what you find fun can help you maximize your experience. Marketers use these kinds of tools to figure out what will make you happy (or at least make you buy things). There’s every reason to use the same sorts of tools on yourself to figure out how to have more fun.

Using myself as an example, as soon as I made this connection, I recognized myself as a primary Spike with some Jodyish strains. I love thinking about what karaoke songs I can use to maximize what I’m good at. Recognizing that I have a lot less fun when I try to sing a beloved song (even a “good karaoke song”) and it lands a little flat, I now know to steer towards those songs that make me win karaoke.

I hope this article helps other people in a similar way. If you recognize yourself in Tommie, give yourself permission to sing whatever song feels right. If Jody seems more your speed I recommend looking around your city for the karaoke place with the deepest book to find new tools for your karaoke alchemy.

Do you recognize your kind of karaoke wizard in the profiles above? What’s your go-to song? Are there more types we need to include? Do you think Shivan Dragon would be more of a metal fan or a rap star? [2]

[Connor Moran writes mostly for the narrow audience of the United States Tax Court. His montage celebrating hacking in film, “Haxploitation People,” could really use more than 270 views.]

5 Comments on “What Kind of Magic: The Gathering Karaoke Wizard Are You?”