A month ago, Lee transformed the subtle alchemy of karaoke song selection into hard science, via the Karaoke Quotient. Honestly, let’s all just take a moment to golf clap for his Google Docs spreadsheet, which actually contains a column for the solo-to-total-length ratio.

That being said, he is all kinds of wrong.

The song should be popular for a typical audience. It’s so elementary, but it needs to be said.

Is it so elementary, Mark? Does it need to be said? Mark’s premise is that you’re better off performing a song that everyone in the room knows by heart.

Most audiences, be they friends in a private room or strangers at a bar… won’t enjoy your rendition of last year’s Filipino smash hit, no matter how awesome the song is or how well you sing it.

Alrighty then. The Myx Music Awards are the Filipino equivalent of the MTV Music Awards. According to Wikipedia, this year’s award for Favorite Song went to “Back In Time,” by Kyla & Jay-R. Hmm, I’m assuming it’s not a cover of the Huey Lewis song, but you never know. Okay, let me just take a listen to this… 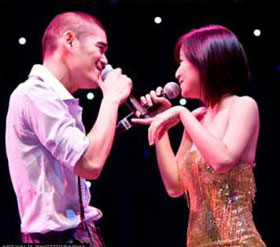 Sweet holy hell, this song is goddamn amazing. It’s an R&B duet–in English–about a chance meeting. I’ll let the poetry speak for itself.

[Kyla]
No, I don’t think that would be possible

But it is possible, dear reader.

Just to clarify, that isn’t a translation of the lyrics. It’s what they actually sing. See?

Congratulations Mark. In your attempt to come up with a textbook example of a disastrous karaoke choice, you have discovered what may be the greatest karaoke song of all time.

You see, karaoke is a high risk/high reward endeavor. “Living On a Prayer,” “Paradise By the Dashboard Light,” and “Sweet Caroline” are safe crowd-pleasers. But a week later, if you ask anyone who was there what the most memorable song of the evening was, they will not say “Sweet Caroline.” They will say “Back In Time.”

Anyone who has karaoked with me has heard me lose my voice on a completely ridiculous number that no one besides me has ever heard. “Ridiculous” is the operative word here. Karaoke is not the time to show off your fine musical taste. You know a really sweet little ballad from the b-side of one of Aimee Mann’s early albums? Listen to it on the way home. What we’re looking for here is a piece of music that will make people laugh, even if all you do is stand there and let people read the lyrics off the screen.

This song is a godsend for the karaokeist who isn’t much of a singer, but loves to ask people embarassing sexual questions. It’s by Clarence Carter, who plays saxamaphone for the E-Street band.

[UPDATE, 7/1, 10 pm: In the comments, Jess points out that I am confusing Clarence Carter with Clarence CLEMMONS. Apparently, I’ve been getting this wrong for YEARS. I was in high school when I heard “Strokin'” for the first time, at the glorious West Hartford Domino’s Pizza. One of my friends told me it was by Bruce’s saxophonist. I now wonder if HE was wrong, or he was playing a joke on me that I just finally got. Anyway, I stand corrected.]

“Strokin'” is basically a simple chorus and a bunch of spoken-word sections.

If you are any kind of a showman, you will be able to address the song’s many questions directly to your friends and/or total strangers. This is audience participation gold:

And then, my favorite lyric perhaps ever:

Well, let me ask you this…
Have you ever made love… on a couch?

I swear that’s the real lyric.

However, I have to warn you that the material gets a little blue towards the end:

Let me tell you what she told me, she said:
‘Stroke it Clarence Carter, but don’t stroke so fast
If my stuff ain’t tight enough, you can stick it up my…’ WOO!

I got to say, a lifetime of making music with Bruce Springsteen does not seem to have rubbed off on him, singer-songwriterwise.  [Yeah, disregard this.]

Okay, let’s say you like the not-having-to-sing aspect of “Strokin,'” but it’s not quite classy enough for you. Near fear. Might I suggest…

This is also a series of monologues, punctuated by the occasional chorus. But it’s a little more, um, Weltschmerzy. Here’s the first “verse“:

I remember when I was a very little girl, our house caught on fire. I’ll never forget the look on my father’s face as he gathered me up in his arms and raced through the burning building out to the pavement. I stood there shivering in my pajamas and watched the whole world go up in flames. And when it was all over I said to myself, “Is that all there is to a fire?” 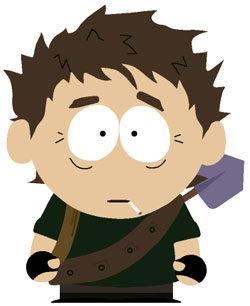 Bring the mic close to your mouth and lower your voice to a throaty whisper. Have fun with the sighs and moans. When I do this one, I like to adopt a French accent and takes long drags on an imaginary cigarette between sentences. There are four speeches in total, and if you want to be social, it can be fun to hand the mic around. Announce that whoever gives the most dramatic monologue will win a free drink.

Okay, enough of the spoken-word stuff. You got a set of pipes? Try your luck with:

This is a show-stopper from the musical Miss Saigon. The composers are also responsible for Les Miz, so you know you’re in for some deadly-serious pseudo-operatic shake-the-rafters belting. But in this case, instead of the French Revolution, you’ll be singing about a Vietnamese prostitute:

Why God? Show your hand!
Why can’t one guy understand?
I’ve been with girls who knew much more.
I never felt confused before!

Here’s a video from a high school production, and I have to say the kid is surprisingly good:

I’ve thought for a while that another song from Miss Saigon would be even better for karaoke: “Bui-Doi,” which is about the illegitimate children of American G.I.s and Vietnamese women. If you can pull that off at a bar on a Friday night, your kung-fu is strong. I’m gonna work on it in the shower.

For my money, this is the greatest karaoke song ever. I mean, the title alone is genius. I first heard it performed by Hugo Weaving (Agent Smith, Elrond, Megatron) in full drag, during the opening credits of Priscilla, Queen of the Desert:

But it didn’t make much of an impression on me. The original song (performed by someone named Charlene, one word, like Madonna) is a monster ballad doped up on Quaaludes. But in 2005, I saw a performance of The Dan Band. For those of you who don’t know Dan, yes you do: he’s the wedding singer in Old School who performed “Total Eclipse of the Heart.” He was also the wedding singer in The Hangover, covering “Candy Shop” and “Fame.” Comedian Dan Finnerty has a surprisingly entertaining gimmick: he does only songs by female singers, but he does them in a strangely macho way. I totally think someone (Shana?) could write a great post about the feminism, misogyny, or neutral status of Dan’s act. Wikipedia claims that Gloria Steinem officiated his wedding, which, if true, is worth investigating.

Anyway, most of Dan’s covers are well-known songs like “What a Man” and “Genie In a Bottle.” But he also does “I’ve Never Been To Me,” and it’s a thing of beauty.

Now I have to warn you, this song isn’t for everyone. It will require you to declare that, “I took the hand of a preacher man and we made love in the sun.” Later: “I’ve been undressed by kings and I’ve seen some things that a woman ain’t supposed to see.” Finally: “I’ve spent my life exploring the subtle whoring that costs too much to be free.”

But you will also get to deliver the greatest monologue ever karaoked (yes, I have a weakness for spoken-word karaoke):

Hey, you know what paradise is? It’s a lie! A fantasy we create about people and places as we’d like them to be. But you know what truth is? It’s that little baby you’re holding. It’s that man you fought with this morning. The same one you’re going to make love with tonight! That’s truth, that’s love!

A friendly tip: I’ve been to karaoke places that have this song, but do not display the lyrics for this spoken-word section. Memorize them, just in case. They are words to live by. Friendly tip #2: if you are a man, you will hate the key this is in. That is the price you pay for glory.

I may have to write another post talking about more strange karaoke numbers I’ve had success with. (Sneak preview: “Can You Read My Mind?” by John Williams, “Ticks” by Brad Paisley, “Nuttin’ For Christmas,” and anything from High School Musical 2.) For now, I want to hear about obscure karaoke songs you guys have sung or heard. How did they go over?

Of course, Mark and I don’t really disagree. A karaoke session that consisted entirely of 80s Top 40 would be tedious, and he knows that. So would a session of weird novelty tunes. The songs that rank highly on Mark’s spreadsheet will always be karaoke’s bread and butter, but man cannot live on bread alone. You gotta have the special sauce. So if you have the guts, I urge you to play that role in your next karaoke outing. Either try a tune you know, or pick something with a weird title and do the best you can. Worst case scenario, there’s always the old Skip button.

Now, I have just one question for you.

Have you ever made love… on a couch??

11 Comments on “In Praise of Obscure Karaoke Songs”