Perich’s analysis and review of The West Wing Season 2 continues with Episodes 3 through 5: “The Midterms,” “In This White House” and “And It’s Surely to Their Credit.”

While Josh recovers from surgery, the staff launches support for midterm Congressional races. Charlie gets distant with Zoey, Toby obsesses over the extremists responsible for the attack, Bartlet obsesses over a former rival, and Sam urges a friend to run for office.

From the standpoint of craft, I admire the use of the midterm races as a narrative device to speed up time and get Josh back on his feet. It’s eminently plausible that the White House would spend twelve weeks in crisis mode, defending incumbents and boosting challengers. This keeps the audience from having to jump back and forth between Josh’s bedside and the Oval Office, which is fortunate.

I also admire how Sorkin tells the story of Charlie shying away from Zoey almost entirely off-camera. When I saw how that arc began, I grew dangerously bored. There are few tropes more rusted than a hero choosing to keep his love at bay because of (bitter sigh) his enemies. Thankfully, not only is it resolved within an episode, it’s resolved almost entirely off-camera! Zoey passes through rooms, looking for Charlie but not finding him, and at one point even addresses a question to Leo, off-screen, while another scene is starting. We forget all about it until the happy ending, where they make out on the White House porch.

(Since these are the first episodes of The West Wing I’ve seen, I never realized how much of a coup it was when Matthew Weiner landed Elizabeth Moss for Mad Men. She’s a gem of an actor) 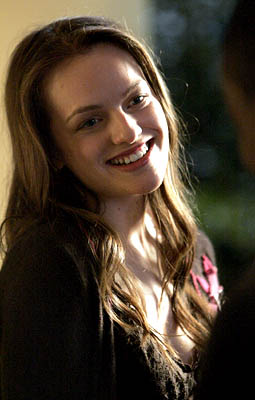 Speaking of anticipating my objections, the plotline with Sam recruiting his college buddy to run for office is a refreshing change from last week’s idealism. Sam brings Tom and his wife Sarah to the White House, pitching them on a golden opportunity: the chance to run for Congress with the President’s endorsement. Given Bartlet’s record approval ratings, it seems like a sure thing.

Except, of course, it isn’t: a few sticky details in Tom’s past prevent the President from endorsing him, which costs him the race. The scene where Leo breaks the news to Sam hurts, especially because of its inevitability. Sam made the promise to Tom in good faith, but can’t back it up. It’s not a case of him choosing between his friends and the White House – he can’t choose. It has to play out the way it does, in disappointment. Serving the interests of an institution forces you to make shitty calls sometimes.

That said, while I love the direction I have a hard time with the tone. I’m glad they didn’t make Tom an overt racist, instead sprinkling his past with spinnable elements – a preference for white juries, membership in an all-white fraternity. This is good, because we shouldn’t be supporting Sam for casting aside his racist chum; we should be sympathizing with him for letting a friend down. And yet – jury selection? an old fraternity? These are the elements that cost a candidate the Presidential seal of approval? Did Sorkin actually know who was in Congress at the time of writing?

Also, while the scene where Tom and Sarah confront Sam in his office is great, Sarah unloads an awful lot of venom. This over a Congressional run that wasn’t even a dream of theirs three months earlier. I have several friends who’ve made failed Congressional bids, and they all have successful careers, happy marriages and the support of their friends.

But, of course, the point of the scene isn’t to be realistic but to forebode. Something tells me that this is going to come back to haunt Sam, perhaps the thunder pounding outside and the dark-eyed woman snarling, “If we ever get a chance to screw you in the future …” Is this what passes for foreshadowing in Sorkin’s writing? Was the gun that Josh got shot with stolen from above his fireplace in S1, perhaps? 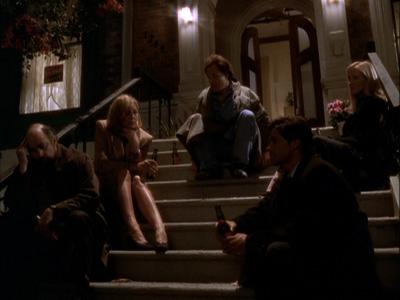 I find Toby’s concerns about the legality of his proposed witch-hunt even more quaint than Leo’s concerns about Tom. What would an 18-year-old watching this show for the first time – someone whose political consciousness was formed during the War on Terror – think of this story arc? There might be a statute that prevents the FBI from going after people tangentially connected with an extremist group? Cheap shots at the [last / current / next] administration aside, this was old news even when The West Wing was being written. The Clinton Administration had no problem going after domestic terrorists (of which there were a few in that time), or using tools like extraordinary rendition.

I can’t swallow that someone who researched the details of the White House as meticulously as Sorkin did could be so wrong on the tone of its staff. But of course, Sorkin isn’t wrong, because he’s not telling a story about real White House staffers. He’s telling a story about conflicted, passionate heroes who happen to work in the White House. Sorkin’s protagonists are always deeply passionate people, whether they’re working in sports broadcasting (SportsNight), sketch comedy (Studio 60 …) or social media (The Social Network). Sorkin’s acknowledged embellishments in the story of the founding of Facebook don’t make The Social Network a less compelling story and, I suppose, neither do Sorkin’s embellishments of how Democrats act when they have power.

This is also the episode where Bartlet goes off on a rant to a Dr. Laura stand-in. I mention it now but I’m going to talk about it later, because it ties in better with “And It’s Surely to Their Credit.” But here it is, since I know you love it so:

The episode ends with the staff sitting on Josh’s stoop, passing a bottle of wine and saying, “God bless America.” And they mean it, too. I would have written it off as cheap fluff were it not for my girlfriend sitting next to me, who observed (unprompted) that that’s the sort of thing White House staffers probably say. And while I’m not sure I agree with that, it’s definitely the sort of thing we might hope White House staffers would say (especially if it’s an administration we like). And to take it one further, it’s the sort of thing a White House staffer might say, not out of deep sincerity but out of a conscious imitation of what they imagine a White House staffer is supposed to say. We are all conscious of the roles we’re expected to play to varying degrees, and sometimes we make choices based on the role rather than our desires. I imagine you can’t get to the White House, the most powerful office in the history of the human species, without being very conscious of the meaning of roles and images.

Sitting around with your coworkers and saying, “God bless America” with throaty solemnity is simultaneously unrealistic and very likely to happen. That’s the sort of weird pageantry that the White House and The West Wing demand of us.