If we don’t keep this Thread Open for at least 24 hours, this bus is going to explode!

Some quick hits: we have a near complete cast list for X-Men: First Class, including Kevin Bacon as the unnamed villain, James McAvoy as Professor X and the just-this-week January Jones (a/k/a Mad Men‘s “Betty Draper”) as Emma Frost. Yours truly always liked her on Mad Men and never understood the Betty hate (aside from her being a self-centered absentee mother). 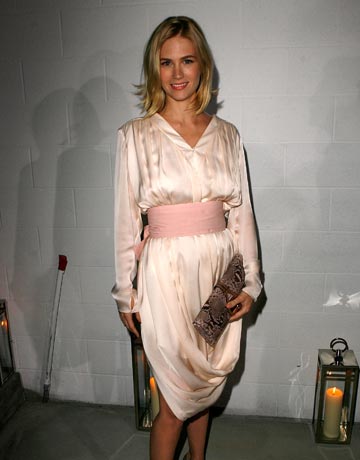 You have no idea how hard it is to find a picture of January Jones wearing white that wasn't at least a little risque. Ditto Emma Frost.

Second, a leaked e-mail from Paramount revealed details for their upcoming film projects. Highlights: Kathryn Bigelow directing a thriller starring Will Smith, Javier Bardem and Christian Bale; Brad Pitt to star in in the adaptation of World War Z; Sacha Baron Cohen in a remake of Charlie Chaplin’s The Great Dictator; and “they’re VERY happy” with the G.I. Joe 2 script! Well, that’s a relief. 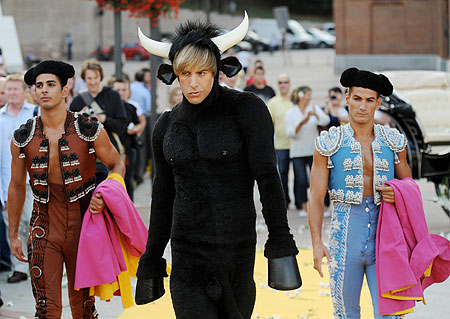 Tired of Justin Bieber yet? If not, you can look forward to his guest appearance on CSI, which has been bumped from “one episode” to “several” after some preliminary shooting. Bieber will be fighting for the title of Oddest Pop Culture Crossover this fall just after Chelsea Handler hosts the MTV Video Music Awards. I’m really happy for her, and I’m going to let her finish. 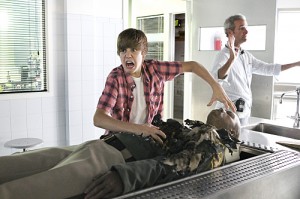 Will next year’s leaked Paramount schedule see Justin Bieber in a “New Mutants” prequel? Or is there something we missed? Sound off in the comments, for this is your … Open Thread.