Seriously, what is it with Sacha Baron Cohen, homosexuality, and the state of Alabama?

Exhibit C: A large portion of the Bruno feature film, in which Baron Cohen’s flamboyantly gay character Brüno attempts to be cured of his homosexuality by visiting with pastors, training with the army, and learning martial arts. Location: Anniston, Alabama (at least for the army scene). Theatrical release date: July 10, 2009. 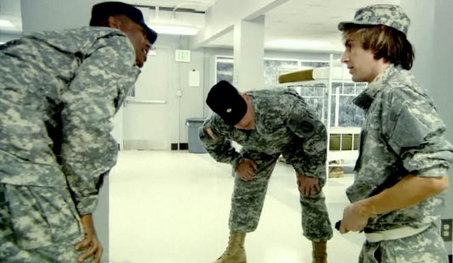 Granted, Baron Cohen has made satire hash out of other locations in the Deep South, but Alabama seems to be his go-to place for juxtaposing homosexuality against Middle America.

This has always bothered me. As some of you may remember from a previous article, I grew up in the aforementioned state of Alabama and, though I was on the receiving end of a fair deal of racism growing up, I still reluctantly defend its people when others attempt to apply the most extreme stereotypes to the state or, as in the case of Baron Cohen, repeatedly use Alabama as a go-to place for intolerance. And I do this all without defending the intolerant and bigoted actions and expressions of those Alabamians depicted in Borat and Bruno. 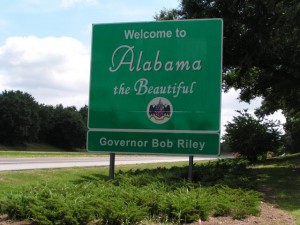 That’s my take on this. I’m obviously biased, so I want to take this opportunity to hear from you, the readers, who come from a wide range of places both within the United States and elsewhere, on this idea of a “go-to place for intolerance” in general, as well as your specific impressions on the state of Alabama and whether it’s worthy of the repeated mocking at the hands of Sacha Baron Cohen and others. Am I being too sensitive? Do you or people around you get the impression from various portrayals in the popular culture that all of Alabama and the Deep South is a cesspool of bigotry?

And be honest. If you’ve lived your whole life thinking that Alabama is overrun by gun toting anti-Semites, I want to hear that too, but more importantly, I want to hear how you got that impression, especially if it came from pop culture.

9 Comments on “To Be Gay in Alabama: Sacha Baron Cohen in the Heart of Dixie”