Happy Memorial Day Weekend Friday Morning to those of you in the States! Those of you who ain’t, you’ve got nothing to look forward to – except this OPEN THREAD!

First off, the worst season of American Idol yet came to a close this week. Ratings for the final showdown between Lee DeWyze and Crystal Bowersox, as well as the final Idol appearance of Simon Cowell, were down 16% over last year’s finale. Perhaps America has tired of making people famous simply for being famous? One can only hope. Question: if this ratings slide continues, what desperate stunts will American Idol pull next season in order to grab viewers? 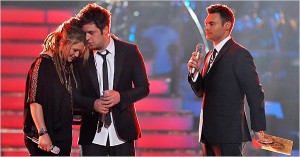 DeWyze, Bowersox and Seacrest. They all sound like boxed wines.

Second, Gary Coleman is in critical condition after suffering a blow to the head in a fall. He was admitted to a Utah hospital on Thursday morning. Coleman was admitted to Utah Valley Regional Medical Center because he lives in Utah, not out of some artificial attempt to prolong his suffering. (We kid; Utah Valley’s a great hospital)

Third, photos of 50 Cent looking dangerously skinny surfaced on the Internet. 50, a/k/a Curtis Jackson, went on a liquid diet to lose weight for a movie. He plays the lead role in “Things Fall Apart,” a movie he wrote himself, about a football player with cancer. Chinua Achebe has already recorded a dis track, with Rick Ross producing. Question: create a vanity project for a struggling musician, model or actor and name it after a critically-acclaimed novel. 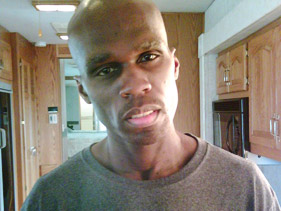 Would you go on a crash diet to produce a benefit concert of Idol winners for Gary Coleman’s recovery? Want to talk more about one of the many, many TV shows that came to an end this week, like 24, Law & Order or Lost? Or is there something we missed? Sound off in the comments, for this is your … Open Thread.