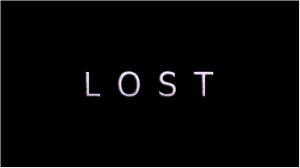 Honestly, I need some time to digest before I can give you my pithy, hipster-ironic review.  All I can give you right now is this: The episode started.  I laughed.  I cheered.  I cocked my head quizzically.  I found myself oddly attracted to Jack for the first time ever.  I misted up here and there–but I didn’t cry.  That’s a big bummer, really.  I wanted the finale to make me cry.  (Although Vincent almost did it.  Stupid dog.)

What I can tell you is this: The finale was not perfect.  Lost was not perfect.  But before I start my nitpicking and my grousing, I would like to tip my hat to the people who put this show together.  As imperfect as it was, it likely changed television forever, and hopefully for the better.  More than any other network show I can think of, it was ambitious–epic in terms of space, time, mythology, and form.  It boasted one of the most diverse casts in television–what other show on American network TV would have entire episodes almost solely in Korean?  It was a genre-bender: not a cop show, not a lawyer show, not yet another CSI or medical soap opera.  Unlike most programs, which err on the side of dumb blandness, Lost was uncompromising in its commitment to difficulty and complexity.  It gave us the character of John Locke, one of the most unique personalities ever created for television.  It gave us Michael Emerson, and it gave us Sawyer without his shirt on.  At the end of the day, it entertained me.  I’m thankful for that.

Here are some questions for you to mull over if you’d like.  I don’t have the answers to these questions yet, myself, but I will be thinking about them.  Maybe you could shed some light on these issues before I write my epic post on the Grand Unified Theory of Lost (if I decide that there is one).

Question 2: So the Island wasn’t purgatory, but the Sideways world was?  Is this some sort of cosmic joke from Team Darlton?  Seriously, though, what did you guys think of the ending?

Question 3: What do you think happened in the original universe after Jack saved the Island?  What did Hurley and Ben do for all of those years together, for instance?  And Richard, Lapidus, Kate, Sawyer, Miles, and Claire: do you think they got home okay?  If so, what do you think they did there?  (Especially Richard!  What, did he going to go to community college or something and become someone’s executive assistant or something?)

This isn’t the end of Overthinking Lost, folks, so be sure to come back later this week.  First, we’ll kick things off with a super-special Lost-themed podcast this Wednesday.  Then, at the end of the week (or maybe Monday, depending on how work goes), I’ll put up a big old “What Does This All Mean?”-type post.  Is there anything else you would like us at OTI to overthink before this series comes to an end?

See you in another life, overthinkahs.

49 Comments on “The Overthinking Lost Open Thread: The End”