Grand Theft Auto III did not invent the notion of “sandbox play” by any stretch. 8-bit predecessors like the space exploration game Elite (which inspired EVE Online) created random universes for your protagonist to explore. SimCity, despite several competitive scenarios with defined end points, was structured around open, unlimited play. And Shadowrun for the SEGA Genesis gave you the chance to go on randomly generated missions for underworld employers – a sneak peek of the “quest” structure that would define MMORPGs a decade later.

But the incredible success of GTA III forced the industry to take notice. GTA III opened up the genre of sandbox games for the video game console. Dozens of imitators, and a few innovators, followed. 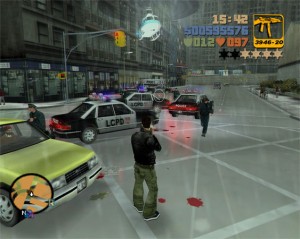 Sandbox games all followed a similar trend, setting you on a path and then cutting you loose after a few tentative steps. You don’t need to uncover why the Emperor ordered your release from prison in The Elder Scrolls: Morrowind if you don’t want to. As soon as you’re off the boat in Seyda Neen, you can start learning spells, robbing tourists or slaying mud crabs right away. GTA: Vice City let you accumulate wealth and property, setting up illegal income streams to fund your cars, houses and threads.

Even if a sandbox game rejects the single-goal storyline, it’s only as good as the other goals it offers. Even if you don’t want to save the world, you still need some carrot in front of you: a mansion in the city; the head office at the Fighter’s Guild; an interstellar trading corporation with your name on it. This is because humans need goals. A game with no goals inherent, merely opportunities to explore and obstacles to overcome, probably wouldn’t sell very well.

The game may only offer a few paths to what you want. But the game no longer tells you what to want. 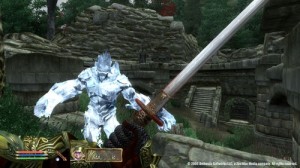 You can live a full life and never run into this guy, for instance.

The deontological ethics of Immanuel Kant arose as a response to the hypothetical imperatives in philosophy at the time. If you want to be saved, you must have faith and good works (Protestantism). If you want to be a good citizen, be a productive and honest member of the community (Plato’s Republic). If you want x, then the right action – the moral choice – is y. But still debate raged on the question of What Humans Should Want. Kant changed the game by changing the question. He didn’t ask what means we should pursue to which ends, but whether the means/ends question was even being asked in the right way.

No one would assert that sandbox games are necessarily superior to linear games. Both have their advantages. Sandbox games feel more like real life because of the ability to choose between goals. Linear games are less likely to flounder in unsatisfying shallows. But the debate over the merits of sandbox play vs. linear play is not a revolutionary one. It’s the same debate philosophers have been having for the past two hundred years.

We know how that debate’s turned out. While deontological ethics still have a few academic defenders – Frances Kamm most famous among them – their opponents outnumber them like a swarm. Even people who don’t follow philosophical journals recognize the names of teleological (or consequentialist) ethicists: Jeremy Bentham, John Stuart Mill, John Harsanyi, Amartya Sen, Robert Nozick, etc, etc. The consensus is clear: philosophers prefer to judge actions by their consequences, rather than fitting them to a universal maxim. 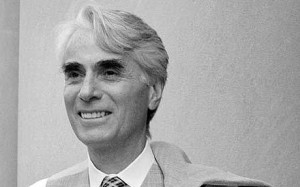 And now that sandbox play has been discovered, the video game market seems to be heading that way. The ability to pursue different goals, combined with the flexibility of user-generated gameplay, has made MMORPGs rich and satisfying. Many World of Warcraft players enjoy the game by focusing on crafting, or finding unique items to sell at the Auction House. And the Guild structure – which exists almost entirely in message boards and private chats, only providing the loosest of structures in the game – is a perfect example of players making their own goals. No town guard in Azeroth will recognize you if you’re the head of your Guild, but that doesn’t stop people from trying.

But Kant’s big contribution to philosophy wasn’t deontological ethics. It was asking a question that changed the debate. When it comes to video games, who’s asking that question?