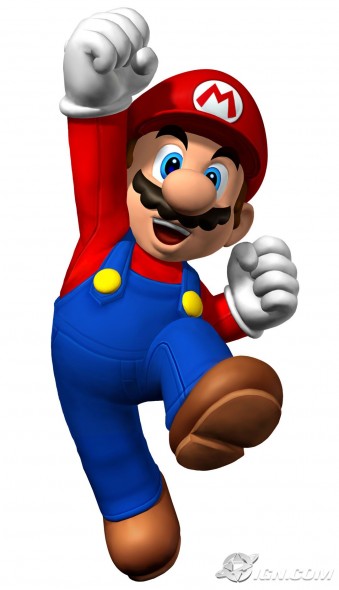 Mario is a guy with a moustache and red suspenders. He jumps on top of or over things in order to rescue a princess.

Why does he want to rescue the Princess?

No, that’s why she needs rescuing. That’s a tautology. Why does Mario want to be the one that rescues her?

Well, that depends on the setting. Most instances of Mario rescuing the Princess imply a rather chaste romance between the two.

Can Mario want something other than to rescue the Princess?

Mario is a character with only one goal: defeat the big boss and rescue the Princess. The player can assign Mario personal goals in the course of pursuing this big goal. Mario wants to get a score of 999,999, perhaps, or Mario wants to beat every stage before the music picks up speed. But these goals are incidental. The player may recognize them as successes; the world in which Mario lives does not. If you get a score of 999,999, the game does not offer you the chance to retire early, enter the Plumbers Hall of Fame and dodge questions about fire-flower abuse for the rest of your life.

In later games, Mario has multiple paths to this goal. Super Mario Bros. lets Mario progress through the Worlds of the Mushroom Kingdom in chronological order, or seek out Warp Zones that let him jump to different Worlds. These different tactical choices are part of the reason for the game’s enduring popularity. Contrast this with Kung Fu, a contemporary of Super Mario Bros., in which you literally progressed from one side of the stage to the other without altering your course.

Even if early video games only offered you one goal, the designers spiced things up by providing multiple paths to that same goal. The Legend of Zelda required that you conquer eight preliminary dungeons before entering the ninth, Death Mountain, but made no requirements to the order. Ninja Gaiden gave you a variety of ninja power-ups – boomerang shuriken, the fire wheel – that changed the tactics of each stage. And there was no One True Order in which to beat the robot bosses in Megaman 2, a fact which eluded my friends and I in many second-grade recess arguments.

(You clearly have to beat Flashman before Quickman so you can freeze him for half his life. Clearly)

But the first generations of video games all had to end at the same place: our hero, standing over the defeated final boss, having rescued the princess, acquired the MacGuffin or saved the world. You (the player) might want a high score, or to get through without losing a life, or to beat the game in under twenty minutes. But you (the pixelated man on screen) could only want one thing.

This all goes back to Kant. Immanuel Kant.

Immanuel Kant wrote the Groundwork of the Metaphysics of Morals in 1785. He meant it, among other things, to rebut philosophers such as Hume, who believed that morality could not arise from reason alone. “Reason,” they argued (and I’m not quoting here), “is excellent at telling us the best means to achieve various ends. But you can’t use reason alone to decide which ends to achieve!”

Check out the dome on THIS guy!

In other words, don’t do anything you wouldn’t want everyone to do all the time in an ideal world.

Instead of judging decisions and actions by their consequences, Kant insisted that we judge actions by whether they fit these criteria. This is the foundation of what we call deontological ethics, or “ethics that arise from duty.” Kantian agents are duty-bound, rather than scrutinizers. This radical reconsideration of what it meant to evaluate ethical behavior blew a lot of minds in the 18th century, with philosophers like Jeremy Bentham and John Stuart Mill mounting rebuttals against it.

Kant rejected the notion of morality as deciding some right end and then investigating the world, like a detective or scientist, to find the means to achieve it. Rather, in Kant’s view, if you act rightly, you must automatically be acting toward the right end. Just keep your eyes on the path, rather than the horizon, and you’ll come out okay. And since to act rightly is to treat all people as ends in themselves, not as means to an end, and to live only by consistent maxims that can be willed into universal law, there’s something to be said for that.

(I personally don’t think Kant had it completely right, but I have the advantage of two centuries of hindsight since Groundwork was published.)

Notionally, you’re controlling the actions of Ryu Hayabusa, a ninja whose father died while exploring an ancient ruin in the South American jungle. The instruction manual has a page explaining this, and there’s a neat cinematic as the game loads. But once you start playing, this notion falls away. You are not constantly reminded of your father’s fate, or driven by your mother’s nagging voice in your head, to continue against frustrating odds (god DAMN it, another bird out of NOWHERE, why am I still PLAYING this).

Instead, the moment-to-moment gameplay looks a lot like this:

A guy’s coming at me with a baseball bat! I cut him. Here’s another one! I cut him too. There’s a fence in my way. I climb it. This lantern’s sparkling, so I cut it. A power-up! Now I can throw shuriken. There’s a dog running at me; I throw a shuriken at it! Running low on ninja power; better switch back to just using the sword until I can find some more. Ooh, a lantern!

You don’t need to question if killing everyone you see, stockpiling on shuriken and climbing cliff faces while birds fling themselves at you like meteorites (these damn BIRDS) is getting you closer to your end. You never stop and wonder, “Is any of this bringing me closure on my father’s death?” You just keep going. So long as you kill everything you see and keep your life bar full, you’re doing the right thing.

You’re on the path. And so long as you stay on the path all the time, you’ll get to the end. You’re following the categorical imperative.

For a couple decades, all video games followed this pattern. Many of them gave you multiple paths to the same end. You could beat Final Fantasy III without recovering every character from the World of Ruin. You could fly one of several different paths to reach the planet Venom in Starfox 64. But everything ended in the same place. No matter what circumstances you encountered, you acted in accordance with that maxim which could be willed into universal law: kill bad guys, get powerups, watch the life bar.

Then we got to Liberty City.