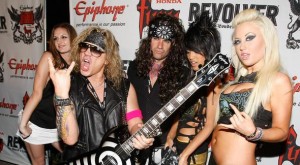 Overthinking It has hosted some posts of late debating pop-cultural parodies, like Starship Troopers and Steel Panther. These posts have generated some contentious yet rewarding discussions. In these posts, and the discussions that follow, a common question has emerged: does the fact of being a parody excuse the parody from being offensive? Is “I’m Just Kidding, Guys” a sufficient defense?

Consider the lyrics to Steel Panther’s “Death To All But Metal”:

Death to Britney Spears, kill the little slut
Kill Madonna too and then f*** her in the butt
F*** Mariah Carey, death to Sheryl Crowe
They can kiss each other on the camel toe
50 Cent’s a fag, so is Kanye West
Shooting hot sperm on each others’ chest!

Wow. That’s pretty terrible. Even above and beyond the unrepentant homo-bashing, those lyrics reach new levels of explicit detail. But that’s what makes it work as a parody. The hair-metal of the 80s didn’t shy away from misogyny. So in order to not just imitate that style but lampoon it, Steel Panther has to go over the top. They need to crank their amp to 11.

So that’s how you parody hair metal – by aping the cliches of hair metal but taking them to ridiculous extremes. Once you get that ridiculous, everyone knows it’s a joke.

Family Guy, back when it was funny, made its bones by creating parodies in the same style. Take a recognizable cliche, inflate it past any reasonable levels, then inflate it even further. Then make it about twenty seconds longer. Then add an explosion. The Season One “Chicken Fight” is perhaps the best example.

That’s how you make a parody. Take an aspect of the source material that the audience recognizes. Blow it up to insane proportions. Then broadcast it.

Now here’s a follow-up question: how would one go about parodying gangsta rap?

Gangsta rap has its own set of identifiable cliches: rampant misogyny and gay-bashing, opulent displays of consumption, glorifying violence and the drug trade, slow-mo shots of gangs parting seas of clubgoers like fields of wheat, etc. So if I wanted to start up a posse called the OTI Boyz and create hilarious gangsta rap knock-offs, I’d just write a song and shoot a video that took all of these elements over the top. Right?

Consider the lyrics to DMX’s “Where Da Hood At”:

Man, cats don’t know what it’s gonna be
F—in’ with a nigga like me
D to the M to the X, last I heard
You niggas was having sex with the same sex
I show no love to homo thugs
Empty out, reload and throw mo’ slugs
How you gonn’ explain f—in’ a man?
Even if we squash the beef, I ain’t touchin’ the hand
I don’t f— with chumps; for those up in the jail,
That’s the cat with the Kool-Aid on his lips and pumps
I don’t f— with niggas that think they’re broads
Only know how to be one way: that’s the Dog.
I know how to, etc. 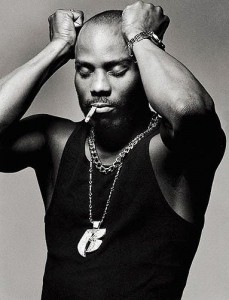 Here’s a sampling of the lyrics to Notorious B.I.G.’s “Gimme Da Loot”:

Then I’m dipping up the block and I’m robbing bitches too
F— the herringbones and bamboo
I don’t give a f— if you’re pregnant
Gimme the baby rings, and the #1 MOM pendant

Man, niggas coming through, I’m taking high school rings too!
Bitches get strangled for their earrings and bangles
And when I rock her and drop her I’m taking her door knockers
And if she’s resisting – [mimics gunshots] ‘BAKA! BAKA! BAKA!

And here’s a sampling of Lil’ Wayne’s “Alphabet Bitches”:

Well, the A is for Ashley
She always ask for me
To take it out her p***y and put it right in her ass
And the B is for Brittany, she bright in the class
And she be hatin’ on Ashley ’cause she tight in the ass
The C is for Christina, want me to big screen her
The way she d**k kiss should be a misdemeanor, so have you seen her
I been searchin’ but can’t find her
Ever since I been with Diamond with diamonds in her v****a
etc, etc.

Okay, so … if I want to lampoon gangsta rap, how do I get more offensive than that? Biggie goes into explicit detail about how defenselessness, poverty and pregnancy won’t stop him from robbing (and perhaps murdering) women. Lil’ Wayne breaks a long list of women down into nothing but their sexual characteristics. And DMX, long a lightning rod for racial discourse, says in no uncertain terms, “I want to shoot gay people.” Where do you go from there?

So maybe lyrical content isn’t the way. But maybe I can make fun of the style. If I make a rap video where the rapper dresses in outlandish costumes – not just baggy pants and puffy jackets, but clothes so ridiculous that no human could comfortably wear them – that’ll make clear that it’s a parody. And then, to touch on the (critical) perception that all rap music is indecipherable gibberish, I’ll make the rapper spit rhymes that no one can possibly comprehend.

This, then, is the problem. When you have a genre that, to outsiders, already seems ridiculous, how do you lampoon it? How can you tell which is the original and which the parody?

15 Comments on “I’m Just Kiddin’ Like Jason: Parodying the Ridiculous”