The “Family Guy” Windows 7 promo episode has undergone a strange journey. First, on October 13th, Fox announced that they were going to devote an entire “Family Guy”/Seth McFarlane variety show to promoting Windows 7 and released this underwhelming promo clip (which was actually just a redub of a previous episode):

The reaction from the idiot savants on the internet was almost universally negative. Then came the October 16th debut of the “Family Guy Presents: Seth & Alex’s Almost Live Comedy Show.” According to media reports, it wasn’t until the airing of this episode that someone at Microsoft realized that their new flagship product was going to share air time with fart jokes and racial stereotypes and subsequently pulled the plug on the special episode. “Not a fit with the Windows brand” was the official line from corporate.

There’s so much fail going on here, but neither should have been particularly surprising. Both “Family Guy” and Microsoft’s respective fails were in fact years in the making. 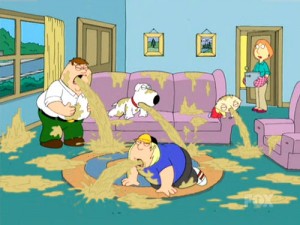 Did *anybody* think this was funny?

Not that it had a whole lot to begin with, but much of the appeal of “Family Guy” rested with its subversive reputation: “Family Guy” was supposed to be the show that blew past conventional norms and pushed edgy content where no others would dare. This may have been true years ago, during the show’s original three seasons, but this is no longer the case. We’ve grown accustomed to the crass humor, non sequitur cut-aways, and gratuitous racial innuendo that used to shock and surprise us. “Family Guy” may deserve some credit for this change in taste, but nevertheless, it  fails to do anything other than dole out the same crap it’s been serving for years on end in the same predictable manner.

“Family Guy” was no longer original, edgy, or subversive by the time the Windows 7 fiasco broke, so it should have come as no surprise that the show sold itself out to the epitome of corporate dominance and the polar opposite of subsersiveness, Microsoft.

FAIL #2: Microsoft shows yet again that it doesn’t have a clue.

But Microsoft’s status as a corporate behemoth isn’t the focus of this fail. Instead, it’s the company’s repeated misreadings and miscalculations of the popular culture.

Exhibit A: the world’s first “cyber sitcom,” an excruciating attempt at associating Windows 95 with the coolest of cool at the time, “Friends”:

Exhibit B:Bill Gates and Jerry Seinfeld at the shoe store, only the first of a series of utterly incomprehensible ads:

And lastly, Exhibit C: The Windows 7 Launch Party promo campaign, and its accompanying painful “how to” video that went on a one way trip to YouTube infamy:

Ouch. It’s no wonder that Microsoft always seems to come with a healthy dose of uncool in the pop culture zeitgeist.

THE CONSEQUENCES OF FAIL: Adding Insult to Injury

As if these missteps weren’t embarrassing enough on their own, both “Family Guy” and Microsoft have bitter rivals that they are loathe to lose face to. 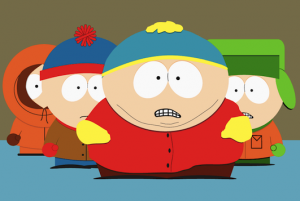 I'm not saying that South Park is without fault, but I'm pretty sure they wouldn't have sold an entire episode to promoting Windows 7.

I am of course referring to “South Park” and Apple. Many regard “South Park” as far superior to “Family Guy,” both in terms of comedic and satirical value. That may be up for debate, but I doubt few would argue that “South Park” and its creators, Trey Parker and Matt Stone, would have made a similar deal with a corporate behemoth sponsor.

Likewise, few could imagine Apple launching an abortive tie-in campaign with an awkward TV show combination. A special Snow Leopard edition of “Dancing with the Stars” that gets pulled at the last minute for “not being a fit with the Apple brand”? I think not. Apple has far better understanding and control of their brand. They create their own sense of “cool” without having to rely on awkward tie-ins with “Friends,” “Seinfeld,” or “Family Guy.” 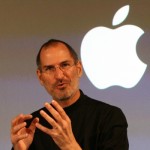 Now, I want to be clear on what it is exactly that I’m criticizing and what I’m doing when I compare and contrast these two pairs. I’m not necessarily saying that “Family Guy” should be the same satirical and subversive force that “South Park” is. And I’m not necessarily saying that Windows 7 is worse than Snow Leopard due to Microsoft’s lack of marketing and pop culture savvy.

What I am trying to criticize, however, is the [email protected]#$ of bad decisions on both sides that led to this unholy matrimony of Fail. I’m criticizing Fox and McFarlane’s shameless grab at whatever marketing dollars came their way, and I’m criticizing Microsoft’s baffling ignorance and miscalculation on this and its previous strategies. There are smart people at Fox and Microsoft. They should know better.