“Hitler Has Only Got One Ball” – Ol’ Dirty Perich

The year’s 1939. Germany has just invaded Poland. Having already annexed Czechoslovakia and the Sudetenland, and having signed a non-aggression pact with Russia, the Nazis have become a threat to contend with. The coming years would bear that out, with England’s disastrous loss at Dunkirk and the Battle of Britain.

So it took some wicked sack to call out Hitler.

There’s no definitive author of the song “Hitler Has Only Got One Ball.” Toby O’Brien, propagandist for the British Council in 1939, has claimed credit for it. But there’s not even one definitive version of the song. There are as many variations on the lyrics as there were decoy plans surrounding D-Day.

The most illustrative one goes as follows:

Hitler has only got one ball,
Göring has two but very small,
Himmler is somewhat sim’lar,
But poor Goebbels has no balls at all. 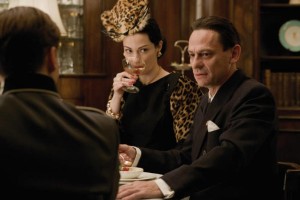 Filthy lies, I assure you.

This deserves enshrinement as the Greatest Diss Track Prior to Hip Hop for two reasons:

(1) They called out Hitler. Though he ultimately lost the Second World War, in 1939 Hitler was the most important person in Europe. And Britain dropped a track dissing his genitals. That shit’s cold.

(2)“Hitler Has Only Got One Ball” is sung to the tune of the Colonel Bogey march. It’s the whistling march from Bridge on the River Kwai. You’ve heard it; everyone who speaks English has heard it.

Got it? Sing the song to that tune. Catchy, ain’t it?

Congratulations – Britain has just infected your brain. From now until you die or go senile, you will never be able to hear that song without hearing, “Hitler … has only GOT ONE ball … Goring … has two but VER-Y small …” Never. It’s stuck.

Lots of people devote attention to the viciousness and power dynamics of a diss track. But no one ever bothers to record a really catchy one. The Commonwealth of Britain – and O’Brien’s claims aside, the entire country deserves credit for this one – wrote a song so infectious that it singlehandedly won World War II.

Did I just claim a song about Hitler’s testicles won the Second World War? Yes.

I dunno guys. Are any of these really diss tracks? I mean, you don’t hear rappers heaping abuse on fascist dictators, or on traitorous Roman politicians. (Although man, wouldn’t that be just the coolest?) Mr. Lee got closer to the heart of it with Roll Over Beethoven, but even that’s a little off: you don’t really fire off a diss track at a dead guy either. No, a diss track is an insult to someone who’s still around to be insulted. And for this, I think we need to look at the medieval Occitan lyric.

Wait, where did everybody go? Come back! There’s pie! Dammit.

It’s too bad everyone stopped reading, because the similarities between troubadour songs and rap are kind of fascinating. Both are largely male-dominated genres with a few notable women. In both, the division between poetry and music is severely blurred, or maybe even absent. Troubadours, like rappers, tend to refer to themselves by pseudonyms, and in the third person. (One poem by Cercamon — which was certainly not his real name — ends with the line “Cercamon says: he is hardly courteous who despairs of love.” It’s not such a jump from this to “My name is Hov’, H-to-the-O-V, I used to move snowflakes by the O-Z.”) And both genres are strangely obsessed with their own authenticity. “First off, every rapper hasn’t got a gun. Second, every rapper hasn’t killed someone,” spits British MC Crazy Titch, who is in fact keeping it real by doing time right now for homicide. Meanwhile in 13th century Occitania, Arnaut de Marhuelh thanks the “other troubadors” who have lied so much about being in love that his own (sincere) (adulturous) verses will slip under the radar. The troubadours even had something similar to a posse cut, where a whole bunch of them would take turns singing verses on a single topic. And they had diss tracks — whoo boy did they ever.

When I went searching for an example, I came across a great one by Arnaut Daniel. And I decided that I couldn’t use it, because it was too dirty to link to from our website. (It’s a little hard to understand what he’s talking about at first, but once you figure out the metaphor, it is filthy.) After spending an hour or so looking for another one, I decided just to go for it. I mean, hey, I’m not forcing you to read the thing. Enjoy. And when you’re thoroughly shocked by this little assault on your sensibilities, take a minute to mull over the fact that Dante Alighieri gave Arnaut a shoutout in the Inferno.

What makes this the ultimate diss track? Consider poor Dame Enan. There’s an entire human life, there, and the only way we even know she lived is that she’s the target of this scatalogical insult. If she had a wikipedia entry, all it would say is “Medieval French noblewoman, known for her smelly butt.” And probably “Non-notable, flagged for deletion.” That is one hell of a diss, my friends.