“The Catilinarian Orations” – The Fenza (Fenzel)

Just to give you a sense for how awesome the Catilinarian Orations were, I’m going to retell the story of them with somewhat more recent people and places.

So, let’s say that Jay-Z is President of the United States, and it’s an election year. The Game ran for President on the Green Party ticket or something and lost really badly four years ago, but he’s going to run again anyway. In the last election, G-Unit shot a bunch of people either for him or in spite of him — it’s never really clear to what extent the Game was even in G-Unit at the time, but the election was shady, and The Game’s record sales and poll numbers drop. 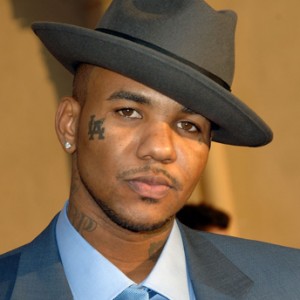 This time around, he raises some money, but not enough, and he’s having some problems in the primaries. It doesn’t look like The Game is going to win the election. But he’s rap’s MVP, and he ain’t going nowhere — so, he starts going to extreme measures. He murders 50 Cent and carries his head through the streets. He makes a run of Krystal bottles with his face on them and hands them out at polling places. He walks into the U.S. Senate one day and starts asking people if they have any interest in burning down the Capitol and the White House and killing Jay-Z. He gets together a whole lot of armed thugs in Baltimore with the intention of taking DC by force. It’s not exactly clear the full extent of what he’s doing, but it’s clear the Game is pretty far out of line, and Jay Z is going to respond.

So, first, Jay Z fires a shot across The Game’s bow — he gets Congress to ban putting your picture on Krystal bottles.

Then he gets serious.

Jay-Z calls a special joint session of Congress on top of the Statue of Liberty, inviting The Game and his posse as well. The pedestal is ringed with armed guards, and the air is thick with helicopters.

On top of the Statue of Liberty, in his suit with American flag lapel pin, and on national television, Jay Z records a blazing diss track against The Game. This diss track is so blazing that 2,000 years later, children who don’t even speak English will study, memorize and recite this diss track in school — it will be part of every intermediate curriculum in learning English, and it will be seen as the authoritative guide to writing diss tracks in any language. The recording of it will also be Jay Z’s best-selling album. 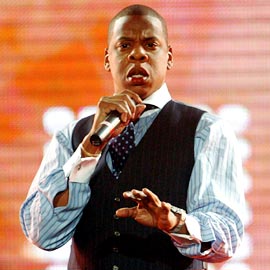 The Game is so shamed by this diss track that literally nobody will talk to him. The reporters won’t take pictures of him. The West Coast rappers don’t care that Jay Z is East Coast, and The Game’s appeals to G-Unit are ignored. All that is clear is that The Game is a first-degree punk, and that he just got told. The Game goes back to Baltimore, but the first time he sees the police, he bum rushes them himself and is shot to death.

Jay Z will go on to record a whole bunch of The Game diss tracks, even long after The Game has died, blaming The Game for every instance of political corruption on record, as well as global warming and a failure to pass effective healthcare reform. In the future, it will be almost impossible to remember which one is which, but they’ll mostly be sold on compilation albums, so it won’t matter

Swap President Jay-Z with Roman Consul Marcus Tullius Cicero, The Game for failed consular candidate and conspirator Lucius Sergius Catilina, and the Statue of Liberty with the Temple of Jupiter Stator, and that’s pretty much how it happened.