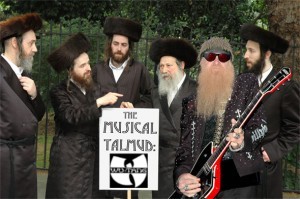 Again, I feel like I’ve missed the whole point of the Musical Talmud series, choosing a song that tells a vivid but utterly unambiguous narrative.  If you can’t figure out what Shakey Dog is about without my help, there’s probably no hope for you.  (I mean, yeah, he uses some slang, but that’s what urban dictionary’s for.)  Still, I find this song fascinating, and this seems like the forum to talk about it in.

So yeah.  When Fishscale came out in early 2006, it was quickly lauded as the rap album of the year – maybe the album of the year – and it hasn’t left my Ipod since.  You can understand why the critics got so excited.  It’s really, really good.  But beyond that, I found it interesting that so many commentators devoted special praise to the opening song, Shakey Dog.

What seems to come up again and again in discussions of this song is the lack of a traditional song structure.  Oh, pop critics don’t use that kind of language, but they’ll wax whapsodic about the “three minutes of day-to-day door-hammering without a pause” or the “straight 3 and a half minute narrative,” depending on who’s holding the stopwatch.  The exact length of the song isn’t important:  what matters is that rather than splitting the song up into a series of sections, Ghostface just raps a single narrative, start to finish.

Most rap songs are, formally speaking, very rigid.  You get a hook – what would probably be called a chorus in most other styles – a verse, the hook again, another verse, possibly from another rapper… wash, rinse, repeat.  Wu-Tang alumni tend to be more adventurous than most, but here Ghostface has taken it to another level by creating a song with no form whatsoever.