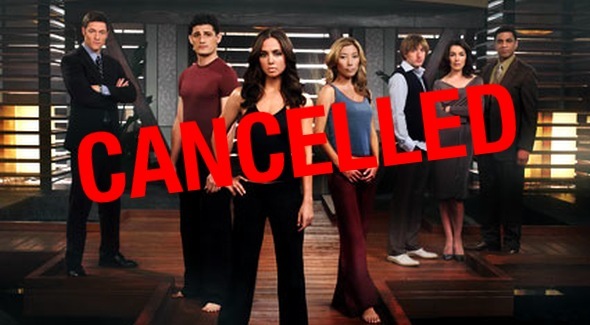 The thing about Joss Whedon is that his strength as a writer/show-runner doesn’t really involve hot chicks kicking ass, ridiculous high-concept premises, or elaborate mythologies.  His more successful shows have featured these, true, but they have succeeded despite them, not because of them.  What he does well, above all else, is heartwarming banter:  funny little moments that bring out the affection that his characters have for each other.  The best episodes obviously have a lot more going on, but banter is his bread and butter, and this, honestly, is what I tune in to see.

Unfortunately, the premise of Dollhouse makes this kind of writing impossible.  Problem one:  Eliza Dushku basically has to play a new character every week, which means she has no continuing relationship with any of the other characters.  Thus, no affection.  Thus, no funny little moments.  This in itself wouldn’t be a crippling weakness if the other characters were able to make with the sweet bantery goodness…. but this brings us to problem two:  all the other characters are flaming assholes.  Oh sure, Dushku’s watcher “handler”–played by Harry J. Lennix doing his best Morgan Freeman–seems like a good egg, as does the loose-cannon FBI agent who’s trying to bring the Dollhouse organization down.  But for obvious reasons these characters can never even meet, let alone establish that critical Whedonesque rapport.

Could the show surprise me?  It certainly could.  If nothing else, the Dushku-of-the-week gimmick should allow Whedon to mess around with a wide variety of genres, which is another of his major strengths.  (This week was wilderness horror, a little in-joke for fans of the 2003 Dushku vehicle Wrong Turn. Next week looks like a retread of The Bodyguard, which was at least funny when the Simpsons did it.) I plan to keep watching until it’s cancelled… but we’ll see.  There’s always the chance that it will suck without getting cancelled, which is the most depressing possibility of all.