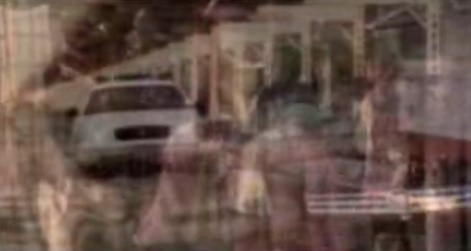 A semiotician named Michael Bell-Smith has had the brilliant idea of taking the twelve original episodes of Trapped in the Closet (you know Trapped in the Closet, don’t you?) and playing them all simultaneously. The result is amazing, and it reminds me of the scene in Being John Malkovich where Malkovich goes into his own brain and winds up on the piano singing “Maaaalkoviiiich, Maaaalkoviiiich.” What’s great about it is that Trapped in the Closet is already so densely parallel: the lyrics just describe exactly what’s happening onscreen, various events or themes (people hiding in things, infidelity, berettas being out-pulled, and of course the music itself) repeat in chapter after chapter, and R. Kelly appears in multiple roles. So really Bell-Smith’s version just kicks it up a notch. It’s the distilled essence of Trapped in the Closet, and although it’s not as deliriously entertaining as the original, it is much, much shorter. Video after the jump.

Do we detect a whiff of influence here? A friendly tip of the hat to Bell-Smith’s truly unusual remix?

Note: Depending on how his long-delayed-but-finally-progressing trial goes, Chapter 22 may in fact be the final word in the Trapped In The Closet saga.