Ben Adams and Matt Belinkie have been airlifted to safety. Firewatch wrapped things up better than they expected, but left them with some uncertainty about Henry’s future. Here’s the final part of their gameplay diary.

Ben Adams:  The smoke in this game is such a great touch. As the story progresses and you learn more and more about what’s going on, and as the stress of the situation starts to close in, the smoke from the forest fire makes that fear palpable. It’s literally in the air your character is breathing. 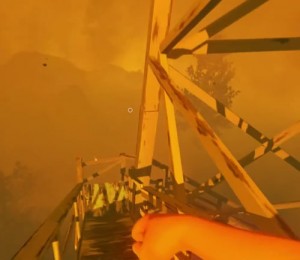 By the end, you can barely see further than a few feet in front of you, which mirrors your (or at least Hank’s) feeling of disorientation at all this information coming in.

The smoke was doubly meaningful after you find out that the fire you “caused” (ish) is part of this massive fire that’s consuming the region – the smoke represents not only your emotional disorientation, but the crushing guilt as well. It was a really neat way of making the later stages of the game both visually distinct and emotionally resonant.

Matt Belinkie:  I do have to say they stuck the landing nicely. There was no big conspiracy. You weren’t secretly a murderer. In the end, the mystery turns out to be a former Firewatch whose situation has some parallels to your own. Ned Goodwin was up in the woods with his son Brian three years ago. You find Brian rotting in a cave. It’s left ambiguous about whether he fell or whether Ned killed him, but what’s undeniable is that Ned reacted to the tragedy in the worst way possible: becoming a crazy hermit living in a hole. It’s a not-so-subtle cautionary tale about how you can’t avoid pain and loss by running off to the woods. 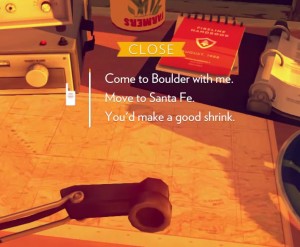 However, I think I missed the point, because at the end I tried to get Delilah to come with me. She was the one who gently told me I had to go back to my wife. I told her she might not even recognize me when I do, and Delilah had to spell it out for me: “It’s not just for her.” Smart cookie. But if the goal was to get me pining after Delilah, mission accomplished. That final scene where you step into her tower made me smile. For Henry, that must have been a place he fantasized about a thousand times. MY Henry, at least.

Adams:  Yeah, for as much as we worried about it, the ending was a great combination of wrapping up the plot threads while staying emotionally/tonally resonant with the rest of the story.

And I wanted to Delilah to come with me too! I can’t tell if that means we didn’t learn what we were supposed to be learning, or if wanting Delilah but not getting her is part of the point. 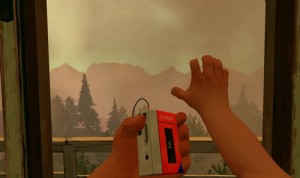 I did really enjoy that final scene- her tower had all sorts of neat touches around it. And getting into the helicopter really felt like it had stakes. It’s been months since we’ve seen another human or really been part of the modern world, and now they’re here with a flying contraption to pull you out of this burning wasteland that you’ve come to call home.

Belinkie:  My favorite detail about Delilah’s tower is her drawing of you, which bookends the story nicely. During the prologue you see one of Julia’s drawings, which is amazing. Delilah is a significantly worse artist, and she doesn’t actually know what you look like at all. On the one hand, Delilah’s childish drawing made me smile. On the other hand, I think the developers are trying to tell you one last time, “She isn’t Julia. She doesn’t really know you.”

And yet, I found myself unconvinced that going off to Australia was the right move. Do people die from dementia? How long does it take? This isn’t a situation where she’s in hospice and the end will come soon. Julia could linger for years, and what is Henry’s obligation under those circumstances? 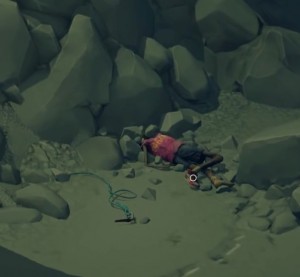 Adams:  I’m not 100% convinced that heading back to Australia is right either! Particularly since I tried to help Julia already and failed miserably at it! (in the prologue, that was the “choice” I made). I think the “twist” of Ned Goodwin makes a compelling case for “you need to return to society and not hide in the woods” but I’m not sure why it necessarily means “return to your wife who does not know you and makes you deeply unhappy because of your inability to care for her.”

I noticed that drawing too – and it’s a great touch because I think the player can’t help doing the same thing in their head with Delilah. We have a voice of this person who has become very important in our player’s “life,” and so it’s hard not to create at least some image in your head. You wonder if after an experience like this, if Hank and Delilah had ever met in real life, how would they react? I feel like it might be like seeing a movie for a book that you’ve read for years – where the actors are close to, but not quite what you had always imagined in your mind. 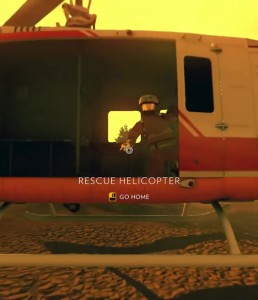 Belinkie:  I’ve Googled it a little, and I don’t believe there’s a way to get Delilah to agree to meet you. No matter what choices you make, the game ends with you going back to your wife. This is an interesting choice on the part of the developer – it certainly wouldn’t have been difficult to include some dialogue where Delilah agrees to wait by your raccoon-infested truck and go back to Boulder with you. But that wasn’t the story they wanted to tell. It was clearly important that all roads lead to Julia.

I feel like the game could have indicated a little clearer what your expectations for Australia are. But I think you’re not going there to care for her indefinitely. It’s more about saying goodbye on your own terms. In my version of the prologue, I was drinking and not taking good care of her. Her family probably yelled at me and threw things. That’s not closure. So even if she doesn’t recognize me (I assume she won’t) I owe it to everyone to go down there and be a better version of myself. (I noticed one of the typewritten diary entries on Henry’s desk early on talks about how he has a bond with her dad. That points to another reason why Henry can’t just forget about Julia and pretend she’s already dead.)

In our first diary I wondered why they gave Julia dementia instead of simply having her and Henry get divorced for a hundred common reasons. Now it seems obvious. This was never a game about letting go of the past and moving on. This was a game about a man hiding from his problems. “Bad things happen, okay?” Delilah tells you right at the end. “And you have to find a way to contain the damage. A good way.” I wish both Henry and the forest the best of luck.

Read the previous diary entries. And if you’re an Overthinking It Member, listen to the Firewatch Unlocked podcast for even more burning insights.