Starting this week, Ben Adams and Matt Belinkie are shouldering their packs, applying a generous coating of bug spray, and hiking deep into Firewatch, the long-awaited debut game from San Francisco-based Campo Santo. The first part of this diary will be spoiler-free.

Matt Belinkie:  I can tell you the exact moment Firewatch jumped onto my must-play list. The original trailer hit in the summer of 2014, and it’s certainly a thing of cell-shaded beauty.

But there’s one line of dialogue in particular that captured my imagination. Henry, the forest ranger protagonist, is arguing with his supervisor Delilah over whether the job is safe. She ducks the question by asking, “Why are we even here?” He shoots back, “To make sure the damn wilderness doesn’t burn down.” 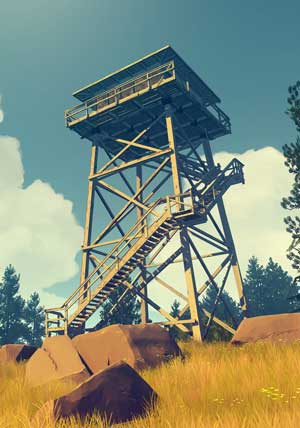 I must have turned this line over in my mind a hundred times. On the surface, it’s a promise to the player that action is going to go down. Don’t worry folks – there’s going to be a crazy fire and you’ll be right in the middle of it. But to me, there’s a delicious fatalism in the idea that danger and calamity can’t be prevented, but must be confronted nevertheless. Why is it important that they be there when the fire happens if they can’t stop it? There are pragmatic answers to that, like warning campers or directing firefighters. But it’s really a statement about the power of bearing witness. “There are some things you can’t prevent,” Delilah says with a strange sadness. “So just stay in your tower… and watch.” The question is, will this be a game where Delilah is right and Henry’s just a spectator to events he barely understands? Or will he take action and confront the things Delilah feels powerless to change?

Adams: Firewatch came up on my radar a lot later than that – a friend tweeted about preordering it, and I started Googling around about it. I’m a sucker for National Parks, so the setting intrigued me right away, and the early reviews made it sound like something I wanted to give a try. I only got back into computer gaming in the last few months, and most of my time has been taken up with the uber-kinetic FPS Destiny, so the prospect of something so completely different really appealed to me. 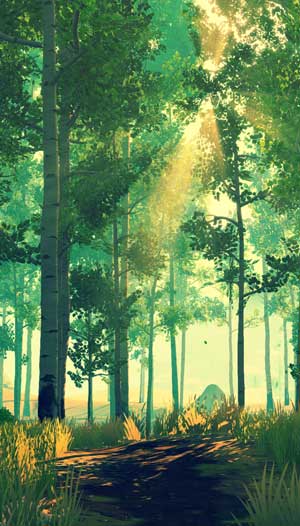 Mostly, I’m looking forward to getting to just explore a beautiful setting and not worry about monsters jumping out from every corner. In most games, I’ve only occasionally taken the chance to just stop and look around, and I get the sense that Firewatch is going to encourage that sort of “taking it all in” behavior. Because you’re right, there ​is​ a power in bearing witness, but it’s frequently undervalued in both society and video games.

Belinkie:  I wonder how Shyamalany this game is going to be. It’s apparently about a guy alone in the woods who starts seeing mysterious and threatening things (based on the trailer). There’s a decent chance that either the woman on the walkie talkie is a ghost, or he’s a ghost. But I really hope not! I have conflicting feelings about the mystery at the heart of this game. Obviously there’s no game without it, but I don’t want this to be an episode of The X-Files. 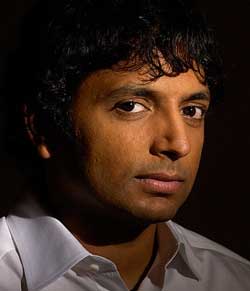 Adams: I’m very much hoping that there’s no hard-left turn Shyamalan-esque twist like ghosts or something. I’m sure there’s a deep dark secret, but I’m really hoping it’s a little more pedestrian and rooted in character work. My guess is that the hints at something ghostly or otherworldly is going to be more of a comment about the power of isolation and the difficulties of companionship, as opposed to something actually otherworldly (or even something as extreme as criminals or spies or something).

Spoilers for the first ten minutes of Firewatch follow.

Belinkie:  Let’s talk about that introduction section, because I was not ready for that. It’s largely text that tells the whole story of your marriage. Sometimes you get a choice (what dog did you buy together?) but a lot of the time you don’t have any control over the story you’re being told. In between these snippets of memory, you’re put in control for brief vignettes of Henry’s lonely trip to his watchtower. The first one is just you walking from the elevator to your truck. Later, you walk down the path and see a deer. You’re never in control for more than 30 seconds before it fades out to more text. 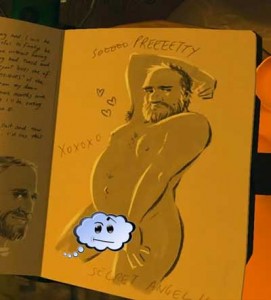 I expected this to be the story of how your marriage ended. It was more traumatic than that. Your wife is still alive, but basically a stranger thanks to early onset dementia. At least in my version, I tried to take care of her myself, and things deteriorated so badly that her family eventually took her away to live with them and I didn’t fight it. So there’s the double kick in the teeth of my wife’s illness and my own failure to support her. Loss and guilt. Before I ever heard Henry’s voice, I wanted to give him a big hug.

However, I want to look at this story critically, and it must be said that “beautiful wife suffers a tragic illness” is a bit of a cliche. We just finished a comprehensive study of Nicholas Sparks, and that’s right out of his playbook. 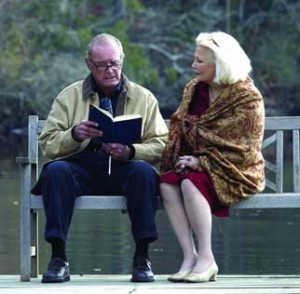 Adams:  I think you’re spot on about the Nicholas Sparks comparison, and not just because both of our brains are rotted to the core thanks to the Sparks Challenge — “meeting a mysterious and alluring stranger of the opposite sex over the radio while your wife lingers with dementia” is pretty much a Yahtzee in the Sparksiverse.

But for some reason it didn’t strike me as cliche here. I think even the minimal amount of interactivity helps it feel different, and the lonely mountain/forest setting matches the backstory pretty much perfectly.

Belinkie:  Why do we think the writers wanted Henry’s marriage to end in this rare and unlikely way, instead of having them simply get divorced? Henry’s in a very peculiar situation where his wife is alive and yet irretrievably gone forever, and I wonder how that sense of being stuck in limbo will factor into the plot.

Adams:  I think the disease instead of death or divorce helps explain why someone would choose a job like “manning a tower by yourself.” It’s one thing to have a sad thing in your past — it’s another to have an ongoing tragedy with no real end in sight. 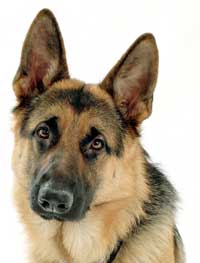 I would probably want to get away from every living soul as well.

For the record: German Shepherd.

Ben and Matt will be playing through Firewatch over the coming weeks, and sharing their impressions in these diaries and in a special podcast available to OTI members. The woods are lovely, dark and deep — let’s do this.

2 Comments on “Firewatch Diary #1: Into the Woods”