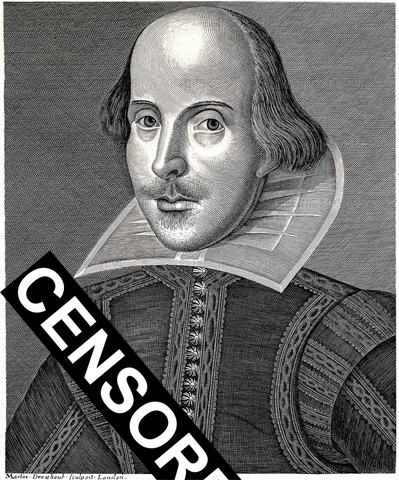 Or, "Phil M. Great-Spear" as he was otherwise known.

~ The Comedies and Romances ~

The Cherry Pies of Windsor.

Much Ado About Muffing.

The Merkin of Dennis.

As You Lick It.

~ The Histories and Tragedies ~

The Life and Little Death of The King’s Johnson.

Got some of your own?  Unfurl them in the comments!