My favorite thing about Comic-Con is how it smashes together pop culture properties from across the spectrum. Where else can you see the a Jedi Joker fight zombies with a light saber or Wario dance to Michael Jackson’s “Beat It”? This year’s standout mashup was an ensemble of Ghostbusters characters dancing to Rihanna, courtesy of the Wii dance video game Just Dance 3:

What makes this moment special is not only the odd pairing of Ghostbusters and Rihanna but also the amazing dedication to cosplay on display. This ensemble managed to field three Ghostbusters with realistic accessories (not those awful inflatable proton packs), Dana Barret dressed as Zuul, Louis Tully with a brain-scanning hat, AND a puppet Slimer. 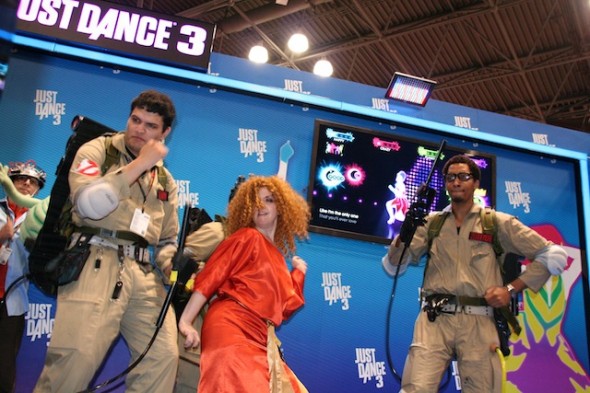 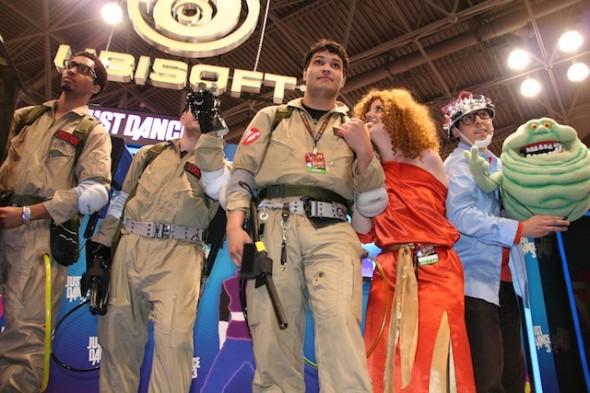 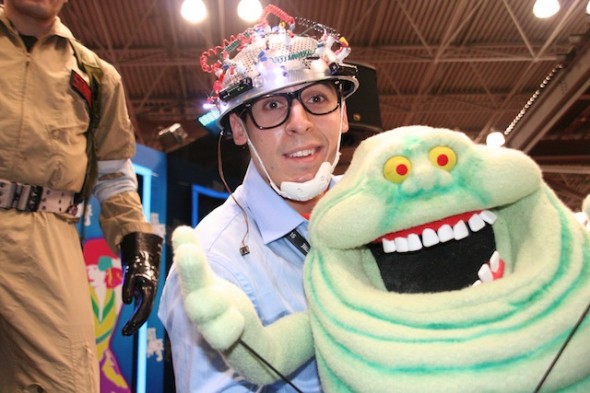 And if that weren’t enough, after the dance, they performed a reenactment of the TV commercial. They just had the lines memorized, ready to go. Just perfect.

Update 10/24/2011: Through the magic of Twitter, I discovered that these guys are the Minions of Gozer, and that they present a live action “shadowcast” (think Rocky Horror Picture Show) of Ghostbusters. Check out their website for upcoming live shows in NYC.

The rest of my “best of show” moments aren’t crazy mash-ups, but still worth calling out separate from the costume photo gallery.

This guy dressed as Bane was definitely a crowd favorite. The prop Batman was a nice touch, but mostly, he deserves props for being ahead of the curve by dressing up as someone who will surely be popular at next year’s Comic-Con due to the summer 2012 release of The Dark Knight Rises. 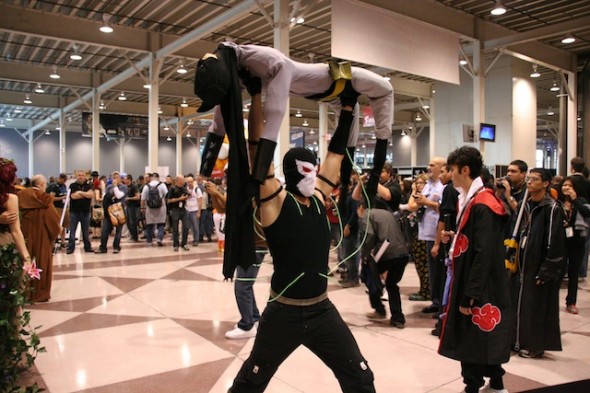 The prop Batman took a lot of abuse, as the on-screen Batman likely will in The Dark Knight Rises: 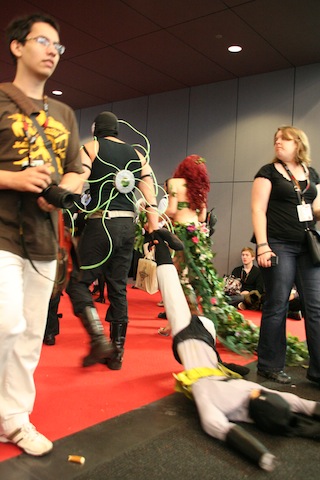 It’s not cosplay, but this Michael J. Fox/Marty McFly impersonator drew a big crowd o this Back to the Future photo-op booth: 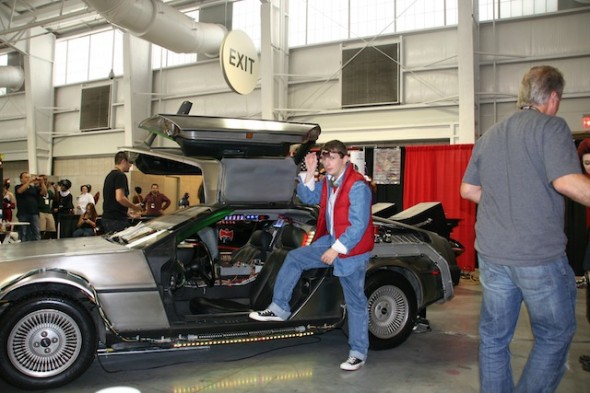 The effect may be somewhat lost in these photos, but seeing this in person was kind of…creepy. 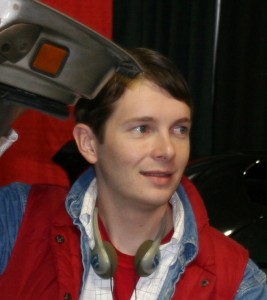 Back to fan costumes: Army of Darkness is a personal favorite of mine, as I once led a marching band dressed as Ash while using my chainsaw hand as a conductor’s baton. This woman’s costume had me saying “Hail to the King, baby.” 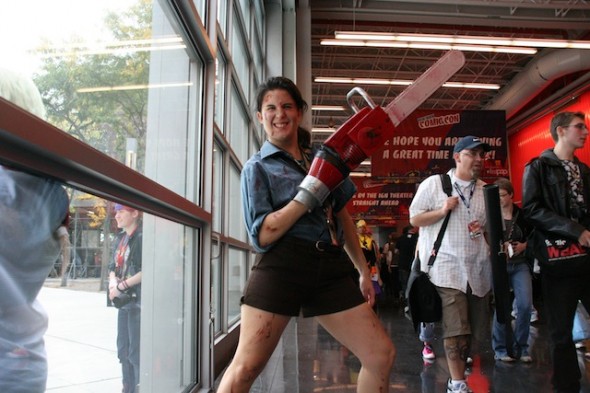 I mean, check out that chainsaw! Love it.

Lastly, I end with not a costume, but a proclamation of Comic-Con that they insist on making year after year in spite of the fact that…it’s a boldface lie: 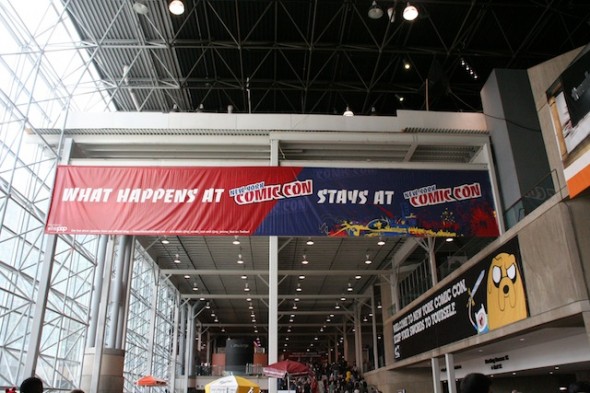 As I remarked last year, what happens at Comic-Con doesn’t stay at Comic-Con. It gets posted all over the internet, for everyone to see.

I understand the spirit behind this–that cosplay and Comic-Con allow for people to escape their everyday lives and experience the fantasy of being a dancing Ghostbuster or a Batman-smashing Bane–but I don’t like the sentiment that there’s some sort of hermetic seal between the spirit of Comic-Con and everyday life, or that Comic-Con has the same sort of secretive nature that an illicit Las Vegas getaway might have. Neither should be the case. People shouldn’t be ashamed of their costumes or their intense love of pop culture. They should be appropriate about it, for sure, but they shouldn’t have to apologize for it or hide it like an extramarital affair.

I guess what I’m trying to say is, loving pop culture means never having to say you’re sorry.

Aaand on that terrible note, I’ll wrap up this Comic-Con post. Still to come is a video interview with author of multiple Star Wars books Dan Wallace. Stay tuned!