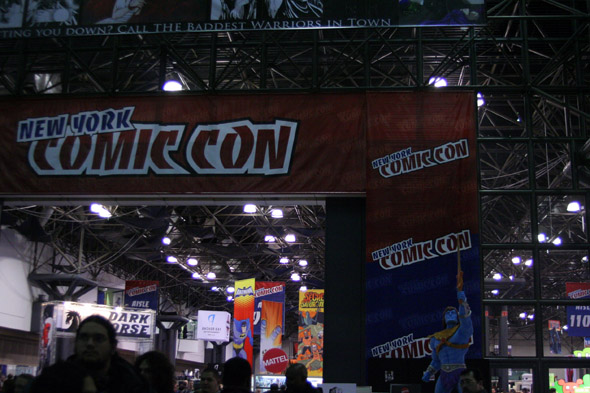 We’ll be posting our observations throughout the weekend, both on the site and on Twitter. Expect more pictures, video, and some out-of-character fanboy gushing, especially after the Watchmen and Terminator preview screenings on Saturday.

First, I should at least make an attempt to describe what the New York Comic-Con is all about, since I myself didn’t have a really good idea as to what to expect. For starters, the program’s cover lists four bullet points:

Simply put, it’s a convention dedicated to all pop culture of the nerd variety. Grand Theft Auto, Ironman, Guitar Hero, Terminator, obscure graphic novelists, action figures of all kinds…I could go on and on. After the whole thing is over, we’ll try to put our collective heads together to come up with more Overthought descriptions and analysis, but for now, imagine bazillions of square feet of convention space with vendors, panels, and demo booths on all of the above. That’s pretty much the idea. I hope the picture above gives you a sense of scale. This thing is huge.

Mlawksi and Wrather were lucky enough to catch a full screening of the new Futurama movie, “Into the Wild Green Yonder.” Two thumbs up on both accounts.

I, however, am a working stiff, and could only get out of the office in time to gawk at the massive exhibition hall for a few minutes before checking out a demonstration by New York Jedi, “The Light Saber Enthusiasts Collective.” Yes, it’s people fighting with light sabers, but with the added bonus of genre-crossing costumage: 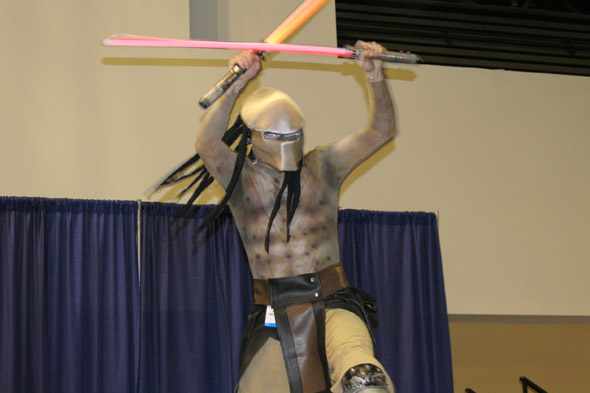 It’s a Predator. With light sabers. Don’t you wish you were here? 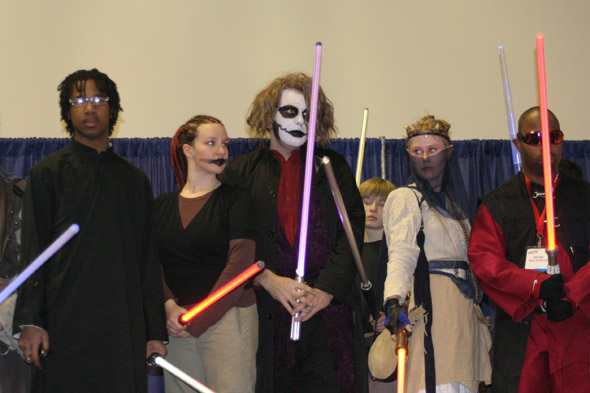 Next, it’s the Joker with a light saber. Again, don’t you wish you were here? 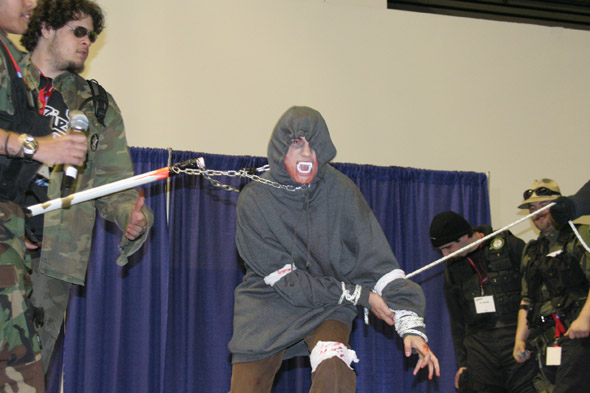 At one point in their presentation, they called upon audience members to volunteer as a zombie fighting brigade. Who shows up to fight? You guessed it:the Jedi Joker. 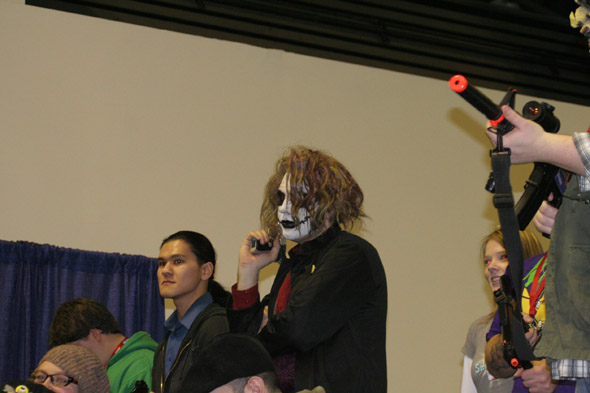 Packing heat instead of a lightsaber now.

I can’t help but feel like I was witness to a profound post-modern cultural moment.

Coming up for Saturday:

McG. Oh….um, I’ll give him the benefit of the doubt.

And much, much, more!